Fresh Off the Boat signed off on Friday with a double-episode series finale full of nostalgic trips down memory lane — and a glimpse of the future.

In the first half of the series-ender, the Huang family finally embarks on a visit to Disney World, courtesy of a discount for Orlando residents. But on the way there, their beloved van Sheila breaks down, forcing them to go back home. As the family cleans out the vehicle so it can be repaired, the long-forgotten things they find in the van spark flashbacks to old scenes from the show’s early seasons.

After Eddie finds a map to the time capsule he and his brothers buried in Washington, D.C., he kidnaps his siblings for an “Edventure” trip to dig it up. He has a short amount of time to teach them how to have fun before he leaves home, but Emery and Evan aren’t as thrilled with the spontaneous road trip. With an alibi in place — Eddie tells Jessica they’re at a sleepover, and she somehow never checks on them? — the three boys trek to their old neighborhood. To quote Madonna, “this used to be our playground,” Emery says when they reach the park where the time capsule is buried.

Eddie then falls victim to the dozens of gas station hot dogs he ate, leaving Emery and Evan to dig numerous holes in search of their treasure: Eddie’s bag of farts, Emery’s rubber ducky and Evan’s picture of their mom. The keepsakes remind Emery and Evan why they buried them in the first place: so they’d always have a reason to come back. They thank their brother for the fun trip, after which Eddie admits that he just wanted more time with them. 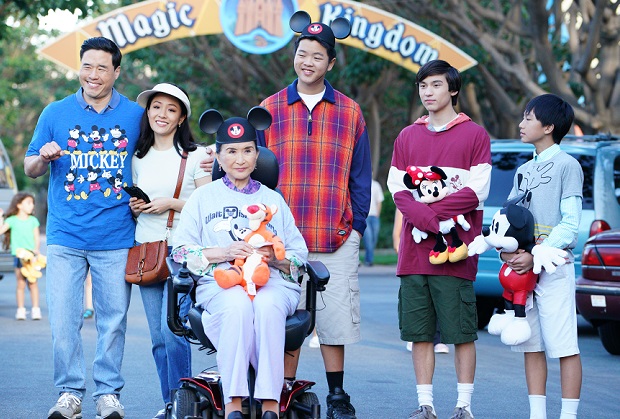 Meanwhile, Jessica sells Sheila without consulting Louis, which sends him into a nostalgia spiral. Jessica appears to have no feelings about giving away the van they raised their family in — until she steals it right off the lot. Turns out she was in tears when the mechanic told her the cost of fixing it wasn’t worth it. With the boys also growing up, “our nest is thinning,” she confesses to Louis. So Sheila is brought back into the family, just in time for the Huangs to finally make it to Disney World.

The second episode looks to the future, as Eddie reveals to his mom that he got an impressive 1500 on his SATs. Jessica is so thrilled that she even lets Eddie skip school to celebrate. After that, it’s time to update his life chart. “Evan has dibs on president, but we can Kennedy this thing. You can be his attorney general,” Jessica announces.

There’s just one catch: Eddie wants to go to culinary school, not college. Louis suggests that he cook a meal for his mom to convince her of his talents, but Jessica mistakes the gesture for something else. (“You put a baby in that redhead, didn’t you?”) Eddie’s plan is dealt another obstacle when a letter from Harvard arrives, announcing that they’d like to interview him. Jessica sets about redecorating the house to please the Harvard alum coming over: Andy Richter, who’s there on behalf of the real alum, Conan O’Brien. 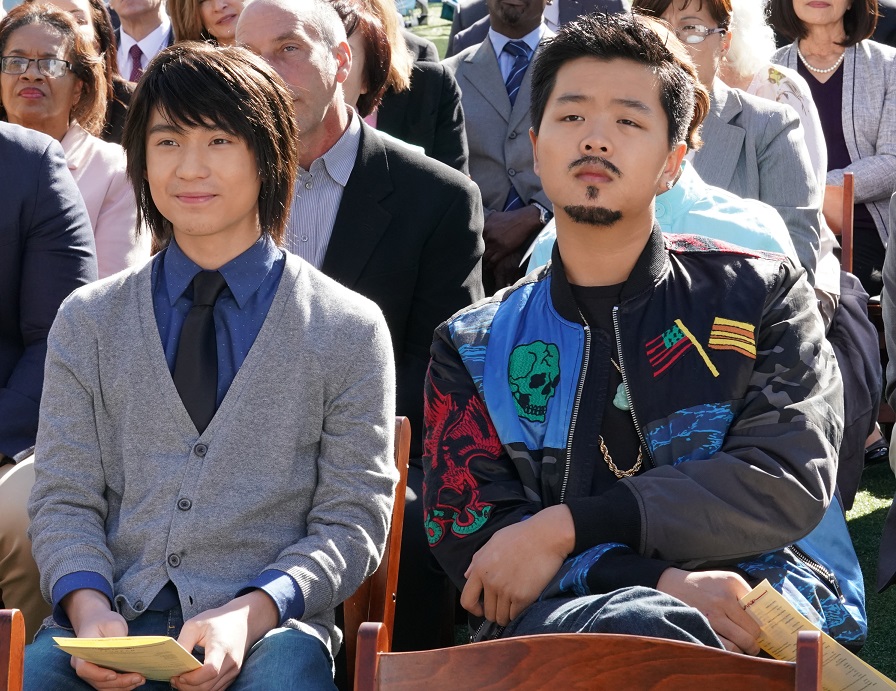 After talking to Eddie and Jessica, Andy determines that Harvard wouldn’t be a good fit — because of Jessica. She’s a helicopter mom, and their kids usually fizzle out when they’re on their own. And if that wasn’t crushing enough for Jessica to hear, Eddie then reveals that he wants to go to culinary school. “Then I guess I really did fail you as a mother,” Jessica replies. But when Eddie steps up to sing Des’ree’s “You Gotta Be” with his mom at the neighborhood block party, Jessica sees Eddie’s passion (“I’m never going to quit because I’m Jessica Huang’s kid”) and comes around. And she also still gets her Harvard grad as a flash-forward reveals that Evan is the university’s 2008 valedictorian, while Eddie owns a restaurant and Emery is starring in cell phone commercials.

What did you think of Fresh Off the Boat‘s series finale? Grade it below, then hit the comments!