Whereas Zari found herself unwittingly caught up in a time-travel escapade during last week’s episode, the reluctant Legend officially joins the Waverider team on their mission this go-around. And seeing as how their latest case involves thwarting the infamous French queen in lavish 18th century France, where people are, literally, partying to death, Zari’s social savviness actually proves instrumental.

“We just really wanted to find an episode in which the skillset of a 21st century media influencer would be useful,” executive producer Phil Klemmer says. “For us, Marie Antoinette kind of felt larger than life. Love her or hate her, she was like the original influencer. The idea of Encores coming back to life and wanting to do dastardly things gets kind of boring. There’s something sad about Marie Antoinette. She was a bit of an innocent.”

Marie’s notoriety is also something that Zari can relate to as “a child star who got swept up into fame and fortune,” Klemmer continues. “Once you’re in that world like all the Kardashians, it’s like you are a prisoner of that life. We thought it was a cool parallel.” 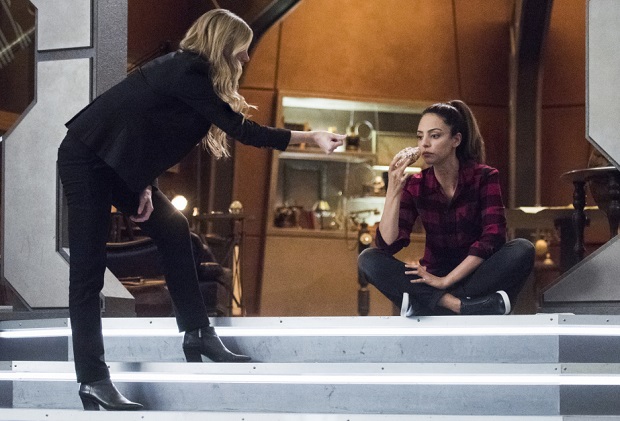 Meanwhile, Ava — who’s been put in charge of the timeship while Sara is away on business in Star City — “is the least concerned with her image and influencing people,” Klemmer notes. “She influences just by sheer authority and bureaucratic will.” But when the acting captain finds herself a bit out of her element among the French elite, she has to “lean on new Zari” — and forms an unlikely friendship with the newbie.

“I love Ava’s relationship with Zari, and I especially love it in [this episode],” her portrayer Jes Macallan says. Adds EP Grainne Godfree: “We felt like [Ava was] a little lost at the beginning of the season,” without the Time Bureau and a bigger purpose, but she finds her “footing through the new Zari.”

Speaking of people taking on new characters, you may have noticed that Marie Antoinette is portrayed by series regular Courtney Ford, who usually plays Nora Darhk. “You can cast someone new, or you have this incredible actress who doesn’t have a big storyline that episode, so you’re like, why not?! It kind of makes sense,” Godfree explains of the unconventional choice, which earned a rave review from castmate Macallan. 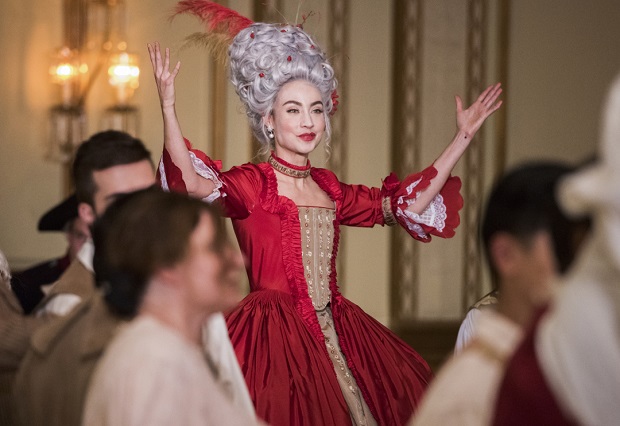 “Courtney just smashed it!” Macallan exclaims. “Every time I see her, I’m like, ‘Thiz party stinkz!’ [It’s] the most Pepé Le Pew French thing you’ve ever seen in your life, and it just works, because it’s friggin’ Legends.”

As if traveling to 18th century France wasn’t enough, Tuesday’s episode also spends time in Hell, giving viewers a “glimpse into Astra’s life down there, who she interacts with, what she’s doing, how she does get on with life in literal Hell,” new series regular Olivia Swann previews, adding that it was “interesting just seeing her have kind of a normal conversation with someone down there that didn’t involve, ‘I’m gonna kill you at some point,’ or, ‘Watch out, I’m gonna burn you!’ It was interesting having an interaction that didn’t involve something Machiavellian, which was quite nice.”