Ten acts remain in the battle to become America’s Got Talent‘s next “World Champion,” and it’s still anyone’s guess which will emerge victorious. So let’s start guessing!

The 10 acts still standing include Alexa Lauenburger, whose fleet of well-trained dogs never fails to amuse the judges; Angelina Jordan, whose ethereal renditions of classic rock jams have been music to our ears; Boogie Storm, the Star Wars-themed dance crew that benefitted from Simon Cowell’s theft of Howie Mandel’s Golden Buzzer; Duo Transcend, a pair of acrobats whose athleticism and courage are matched only by their hotness; and Hans, an eccentric showman whose flashy performances really seem to resonate with the super fans.

There’s also Marcelito Pomoy, whose golden pipes allow him to crush both halves of any romantic duet; Sandou Trio Russian Bar, a trio which continues to — you know — raise the bar; Silhouettes, whose excellent shadow puppetry always comes with a hopeful message; Tyler Butler-Figueroa, who won us over with his fierce violin skills and inspirational story; and V. Unbeatable, a fan-favorite dance crew from the most recent season of AGT. (You can click here for a closer look at this season’s finalists.)

Any one of those 10 acts could leave the competition with The Champions‘ coveted cash prize, but who will it be? And who should it be? If history has taught us anything, it’s that these two things are not mutually exclusive. Plenty of deserving acts have already been sent home, while a handful of WTF contestants have made it all the way to the finish line. 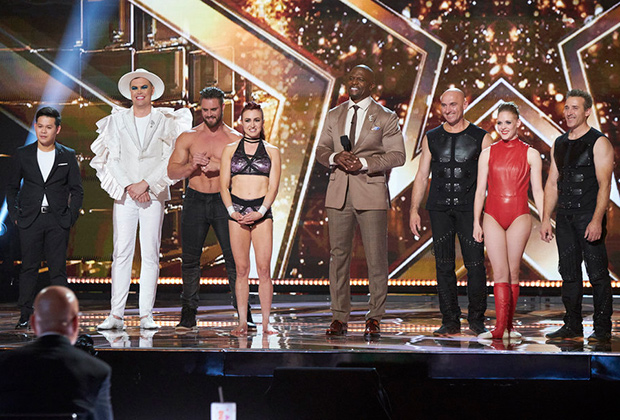 It all comes down to the whims of the show’s super fans, as well as the four judges — Cowell, Mandel, Heidi Klum and Alesha Dixon. And while we, the people, don’t actually get any say in the matter, that doesn’t mean we can’t form a loud opinion. This is still the internet, after all.

My prediction is that Marcelito Pomoy will walk away with this season’s grand prize, and I would be very happy for him. Despite my disagreements with the super fans (Hans?!) and the judges (Boogie Storm?!), my gut tells me that we’re going to end up seeing eye to eye on this one.

How do you predict Monday’s finale (NBC, 8/7c) will shake out? Cast your vote in our polls below, then drop a comment with your thoughts.