THE PERFORMANCE | For much of Locke & Key’s freshman run, neighbor Ellie Whedon was a bit of an enigma, always leading us (and Nina) to view her with a slightly wary eye — especially once she was caught in the Keyhouse cellar bearing a “lost” G.I. Joe and one lame excuse.

But with the season’s penultimate episode, Ellie’s begrudging role in the supernatural goings-on — and so much more — crystalized, and as it did, Saum powerfully depicted the demonic dilemma in which Ellie found herself.

Through Saum’s performance, we saw how a distraught Ellie, led by her heart and not so much her head, was compelled to “bring back” Lucas, her dead high school boyfriend, by using the Echo Key. We saw how overjoyed she was to look into his eyes again after the Echo had been conjured. Alas, Ellie soon enough would come to realize that it was not Lucas she resurrected, but the demon that had laid claim to him years prior, in the sea cave outside the Omega Door. Worse, this Lucas had needs — for keys, for the Crown of Shadows — and he would go so far as to threaten the life of Ellie’s son, Rufus, to attain what he wanted. Ergo, Ellie’s not-so-stealthy trip to the Keyhouse basement, to reclaim the crown. And her petrified compliance when Lucas deemed Mr. Ridgeway too talky a liability to let live.

As Ellie led Tyler and Kinsey inside her memories via the Head Key, to give a tour of the traumatic past events that teed up their present-day peril, Saum communicated a still-fresh grief, and so, so much regret. Now, wide-eyed to all that was at stake, she was ready to make wrongs right and put the Crown of Shadows into the kids’ hands. One final, grim surprise awaited Ellie, though, when she dashed home only to find Lucas lying in wait, about to do a number on her that would soon damn her to whatever fate lies behind the Omega Door.

Going into Episode 9, we knew so little about Ellie. But when all was said and done, Saum made us appreciate the enormity of what the character had quietly been dealing with, as a catalyst for so much demon drama. 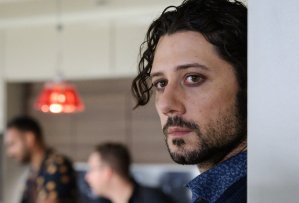 HONORABLE MENTION | The Magicians this week conjured all kinds of drama for Eliot, and the result was an extra-entertaining showcase for Hale Appleman. After witnessing no less than huge chunks of the moon crashing into Earth, Eliot found himself stuck, with Margo, in a trusty TV time loop, where the two tried again and again to, you know, save the world. As if that wasn’t enough to deal with, Eliot also sensed the Monster was still inside him, knock-knock-knocking to come out. Appleman showed off his comedic chops inside the time loop, especially when Eliot and Margo chose hedonism as a means of problem-solving, but he also got to play the drama of keeping the Monster (really Charlton) at bay. As a bonus, at episode’s end after the world had been saved, Appleman shared a very nice, quieter scene with Summer Bishil, as Eliot copped to pushing Margo away for lack of knowing how to let her in. The answer, she suggested, was just a matter of him saving himself the way he saves others. 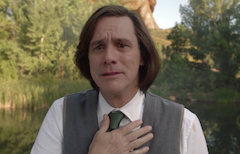 HONORABLE MENTION | Dream sequences can certainly go sideways, but for Kidding‘s Jeff Pickles, they can also lead to earth-shattering epiphanies. In Season 2’s second episode, Jim Carrey soars when his character finally releases his long-pent-up emotions surrounding his son Phil’s death. He comes clean in a fever-dream scene that takes place while he’s under the knife donating part of his liver to Jill’s new boyfriend. The episode transforms into an unexpected, fully-choreographed musical that plays to all of Carrey’s strengths, including his impeccable comedic timing, outlandish physical delivery and rapid-fire vocals. However, it’s his shattered expression when he admits Jill’s fault in the death that yanks hard on all the right heartstrings. While Carrey serves up heaps of zaniness throughout the episode, he keeps his performance grounded and relatable. When Jeff finally unleashes his barrage of truths, we feel the exact same gut-punch he does. 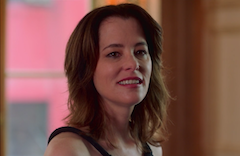 HONORABLE MENTION | Who better to play a rich, highfalutin New York City artist than Parker Posey? In Episode 5 of High Fidelity, the actress plays Noreen, a spiteful soon-to-be divorcée looking to sell the only thing her husband ever truly loved: his record collection. She aims to sell the hundreds-deep set for a crisp $20 bill… which she then plans to frame for him. “This,” she pauses long and hard, “will be my greatest work of art yet.” While the character could’ve easily bordered parody, Posey plays this woman scorned much straighter, homing in on her decadent hatred for her cheating ex with a tone that’s dripping with condescension. Noreen walks a tightrope between vengeful and unbothered as she calmly articulates, and revels in, the misery this sale will cause. Taking down her “sniveling manchild” of a husband may give Noreen immense satisfaction, but it’s viewers who ultimately win out as we savor yet another excellent performance by Posey.