“It was my Star Is Born moment,” Legends of Tomorrow‘s Jes Macallan says of her very memorable and hilarious musical turn in last Tuesday’s episode.

First, viewers were treated to a glamorous scene of what Ava thought she sounded like singing Bell Biv DeVoe’s “Poison.” That fantasy was followed by the reality of Ava’s drunken performance in front of fleeing club-goers. But for Macallan, the entire experience was “like my heaven. I was like, ‘This is where I belong!'” the actress recalls with a laugh, gesturing grandly. “I am not a triple threat; I’m a double threat. I grew up as a dancer. I was in A Chorus Line as the chorus. I don’t have a voice. I’m not Melissa [Benoist from Supergirl].”

Despite her so-called lack of pipes, “all I want to do is Broadway. I just want to be on Broadway,” Macallan shares, “and for them to make that moment happen, without however many auditions I’ve done where I’ve just been like…” At this point, Macallan breaks out into an exaggerated rendition of “Somewhere Over the Rainbow,” before reiterating, “I can’t sing. And they made it happen. … I felt like that’s not me. It was an out-of-body experience for me.” 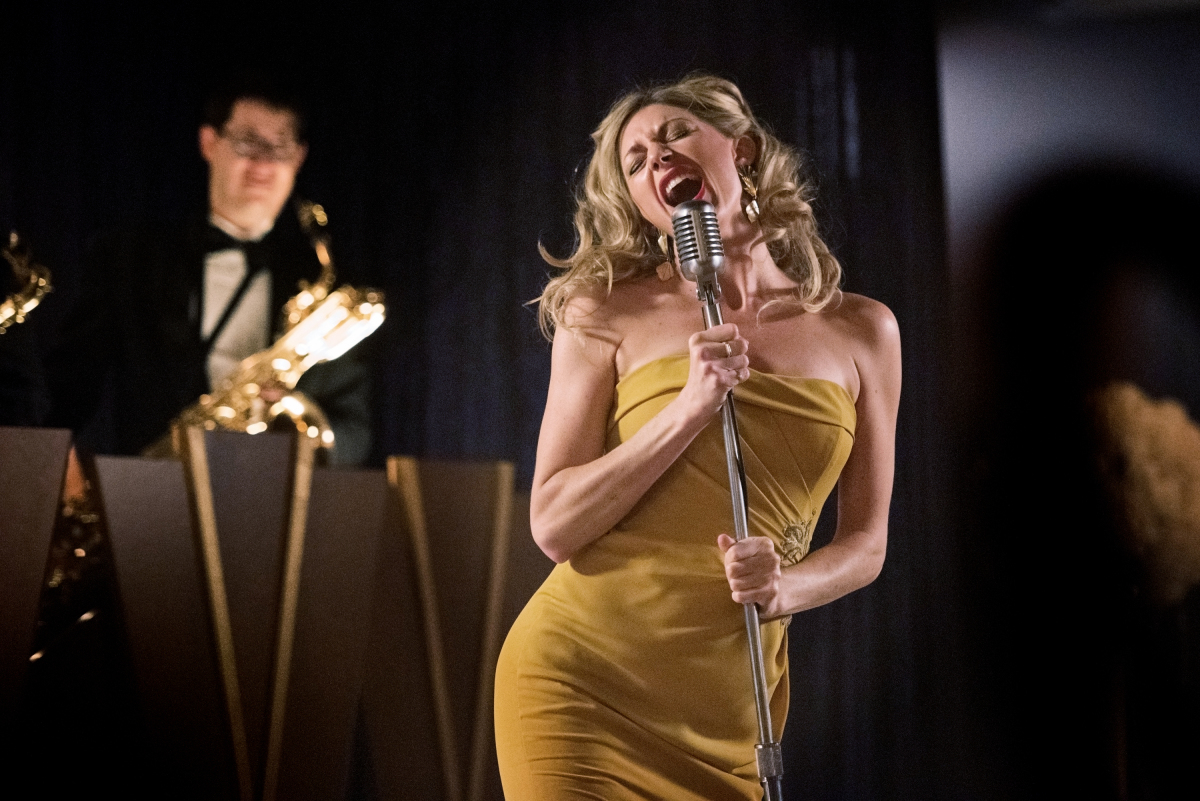 Then there was the question of how much drunkenness is too much drunkenness. “We filmed the scene with Rory and Sara before all the singing stuff,” Macallan notes, “and I was like, ‘Look, writers, if you’re gonna write a scene where someone literally falls asleep mid-sentence, they’re very, very, very drunk.'” So for her big, snooze-y moment, Macallan decided to just “go there” and let director David Geddes rein in her performance, but “it never got reined in. And then we were like, ‘Is that scene working?’ and nobody was really sure. Then on the day of the singing stuff, we were like, ‘It works.’ You gotta just go, and I had the most fun. There’s so much of it in the gag reel, I can’t even tell you.”

Ava’s musical moment wasn’t the only surprise awaiting Macallan in Season 5: In this Tuesday’s episode (The CW, 9/8c), the team takes on a serial killer at a high school reunion — think Halloween meets Carrie meets Romy and Michele’s High School Reunion — and the case reveals a new side of Ava.

“As [with] so many Legends episodes, I read it and I’m like, ‘Oh, Ava’s obsessed with serial killers. Oh, Ava’s a clone. Oh, Ava’s… I didn’t know this about her,'” Macallan says with a laugh. “It’s kind of an obsession that they wrote about her and teased and teased, and she finally gets to just be so excited about, ‘Oh, my God, it’s a serial killer that we’re trying to find!'”

In addition to having a podcast called Stabcast, Ava also has a fascination with a certain type of figure that plays heavily into the episode: “As we were breaking the story, we were really thinking about Final Girls in horror movies. It’s the one who survives,” executive producer Grainne Godfree explains.

Relive Ava’s rendition of “Poison” below: