The first 9-1-1 character to cross over to Fox’s Austin-based spinoff is… probably not who you expected.

9-1-1: Lone Star‘s Feb. 24 episode (8/7c) welcomes guest star Erin Karpluk (Being Erica) as Pepper, someone we first met on 9-1-1 in Dec. 2019. Her appearance on the flagship series may have been brief, but it was also uncomfortably memorable; we’ll forever think of her as the crazed mom who Maced a department store Santa Claus — along with several of her fellow shoppers.

Per the official synopsis for Karpluk’s return episode, “Owen and the team race to deal with a runaway bull at a used car lot and an apparent electrocution at the hands of an L.A. transplant.” Elsewhere, “Owen is determined to prove he is physically fit for the job while undergoing chemo and Michelle gets the strongest lead yet on her missing sister.”

TVLine spoke with Lone Star showrunner Tim Minear about the possibility of a crossover earlier this year, at which point he teased that “a character from 9-1-1 who was the subject of a rescue relocates to Texas — and wouldn’t you know it, she ends up needing to call 9-1-1 there too.” Mystery solved!

Scroll down for a first look at Karpluk’s Pepper back in action: 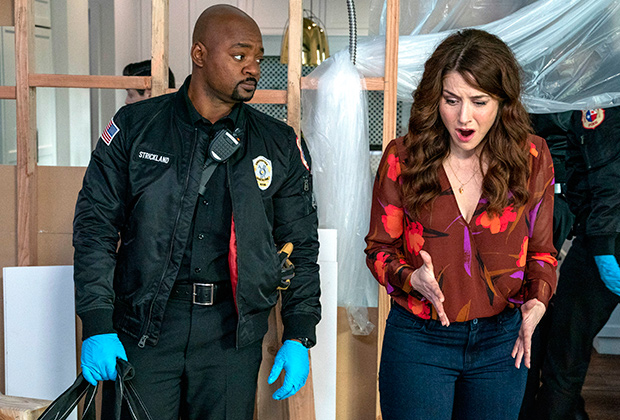 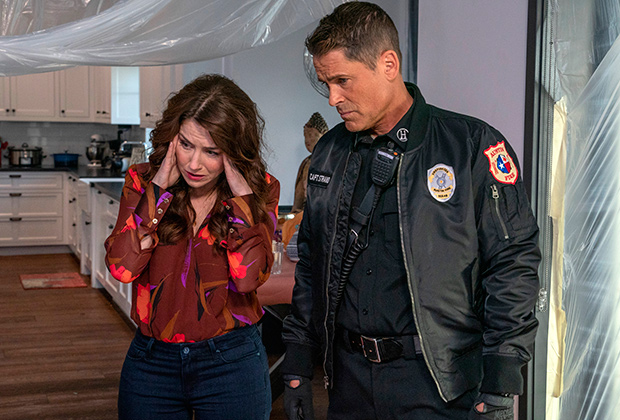