Netflix’s long-awaited Locke & Key adaptation wrapped its 10-episode season by, fittingly, inserting a highly important key into a very mysterious lock. But when all was said and done, and as an epilogue detailed heretofore-hidden truths, had Tyler, Kinsey and friends actually bolstered mild-mannered Matheson’s demon population?

While Nina conveniently whiled away what would be a most eventful night gabbing at a diner with Daniel Mutuku, the Locke kids were at home, awaiting Ellie’s return with the Crown of Shadows. Instead, it was Dodge who arrived on their lawn, and she brought a few shady friends, in the form of shadow demons conjured by her donning of said crowd. And despite Tyler’s highly premature theory, these shadows can inflict actual physical damage. The kids began barricading Keyhouse, to little effect, as the shadows and a spectral version of Dodge slipped right on inside. The kids did, though, discover that light poofs the baddies right away, so they quickly clicked on every available lamp. Also, and of course, the circuit box shut off/was shut off, leaving the Lockes vulnerable in darkness, save for a singular flashlight and Bode’s knockoff light saber. 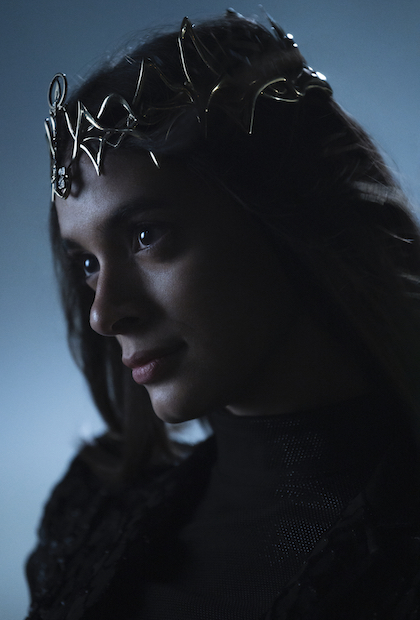 Kinsey trekked to the cellar to flick the circuit box back on, but got tripped up by a demon’s paw on her way down the steps. Several shadows begin dragging and tossing the lass around, but luckily she was able to strike up a match to ward them off. Upstairs, meanwhile, Dodge charged at Bode, but he plunges his light sword, to which he had attached the fire key, and incinerated her into a pool of liquid that cascaded down onto the main floor below. Moments later, Kinsey called out to her brothers, alerting them to her discovery of an unconscious Dodge in the main foyer. Though puzzled by her transformation back from whatever that liquid form (red flag No. 1!) and her sudden lack of a crown (red flag No. 2!), the kids began plotting to lug the demon to the sea caves, unlock the Omega Door, and trap her behind it.

With help from Scot, Gabe, Jackie and even Eden (“The FOMO is real”), Tyler and Kinsey carried Dodge to the sea caves, while Bode biked over to Rufus’ house to find his friend KO’d and his mom still AWOL. Before being carted off to the hospital (Hi, paramedics Joe Hill and Gabriel Rodriguez!), Rufus revealed to Bode that Lucas has the Identity Key in his possession, and has used it to, in but one example, transform into “Dodge.” Down in the sea caves, the teens unlocked and creaked open the Omega Door, wary of the “glowing bullets” being spat out by the whatever that lurks within. When they heaved Dodge into the frightful void, she appeared to protest — not in a vengeful “I’ll get you and your little dog, too!” way, but something more… plaintive. Whatever the case, the job was done, the Omega Door slammed shut. Now it’s time for the teens to reward themselves with some late-night snacking!

The morning after, Nina whipped up an epic breakfast for Duncan and her kids, setting the stage for a family “talk”: she had decided that it was wrong of her to move everyone to this spooky AF ancestral home, and now she wants to make things right by selling Keyhouse and buying them a new place to call their own back in Seattle. To Nina’s surprise, the kids soothe Mom’s sense of failure and say that while, yes, it was a rude move, they kinda like it in Matheson and prefer to stay put. After all, the kids secretly know, the local demon has been vanquished. 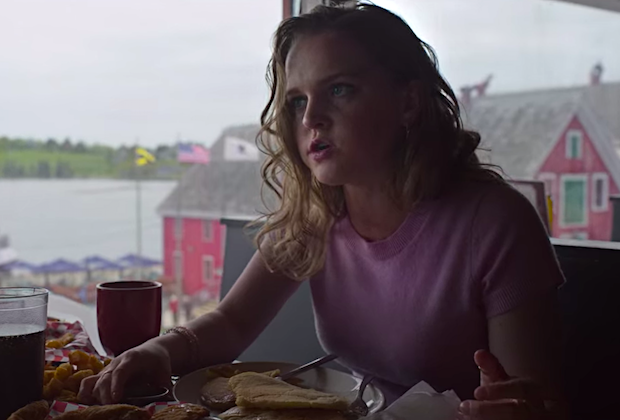 After sharing a phone call with Kinsey, we see kindly Gabe pedal his bike through town, as he reflects on events of the earlier episodes — how he met Kinsey, how they grew close, his interest in her supernatural pursuits… and how he has been using the Identity Key this whole time, to transform back into Dodge and Lucas! A flashback confirms, as some of y’all surely suspected, that the “Dodge” the kids found unconscious in the foyer was actually Ellie, hence her panic at being lobbed behind the Omega Door, and the actual demon who first inhabited Lucas is now calling Gabe “home.” Worse, he is not alone, as another flashback reveals that when the Omega Door was opened, Eden got zinged by one of the glowing bullets, but she didn’t make much of it nor did anyone (but a delighted Gabe) notice. And the season ends with Gabe plopping himself down at The Fisherman’s Catch, across from Eden and a bounty of breakfast foods.

“So, how are you feeling?” he asks his demon friend. An infested and ravenous Eden answers, “So hungry!”