White Collar vet Matt Bomer is back on USA Network — but charming con man Neal Caffrey he is definitely not.

In Season 3 of the crime anthology The Sinner (premiering Thursday at 9/8c), Bomer stars as Jamie Burns, an all-girls private school teacher with the makings of a perfect life. But from his first scene — let’s just say he’s doing something he shouldn’t on school grounds — it’s clear that Jamie is no saint. Then his estranged college buddy Nick (Sharp Objects‘ Chris Messina) unexpectedly arrives on Jamie’s doorstep, sending the pair on a twisty journey that puts Jamie at the center of the latest criminal investigation for Detective Ambrose (returning star Bill Pullman).

In joining the series, “I just knew it was going to be a deep dive and a challenge and ask of me things that no other role had asked of me before,” Bomer tells TVLine, “and it scared me and excited me and was what I felt I needed as an artist.”

Below, Bomer details how playing “wild card” Jamie challenged him, physically — he lost 20 pounds! — emotionally and psychologically. The actor also reflects on his first USA Network series, White Collar, and the possibility of a revival.

TVLINE | You’ve said that you were a fan of the series, which made me wonder: Did you go after this role, or did they come to you, given your relationship with USA?
It was almost more of like a matchmaking situation. I had known [showrunner] Derek [Simonds] from years before we met, when he was involved in Call Me by Your Name, and we really just hit it off. I love the way he talked about his process, and I love the way he liked to work with actors, and we had similar approaches to things. We both like to use dreamwork and elements of the subconscious in our work and things like that. And then I met with the folks at NBCU because I thought that the work they’ve done has just been phenomenal on the network, on all their networks. It’s really a testament to Steven O’Neill, who’s the head of casting there. He said, “You should sit down with Derek,” and we did. At the time, it was shortly after they finished the second season, so he was still detoxing from that, which I’ve come to find is a necessary step on every Sinner season, to sort of decompress a little bit at the end of the season. So he just had a loose idea of what the season was, and we kept meeting over the course of months and then over a year, and the story would just be more and more fleshed out. I loved the character and the world that he created in this season. 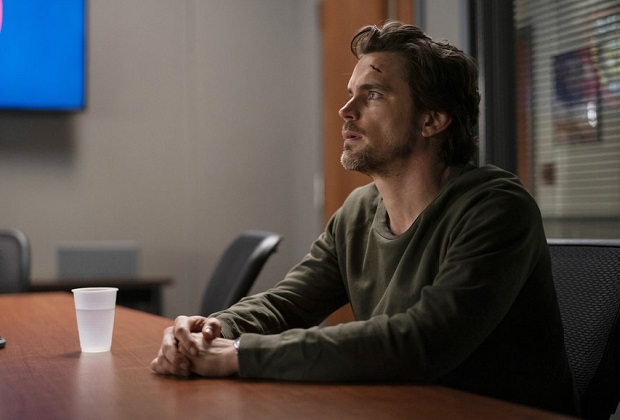 TVLINE | What did you get to do in this role for the very first time?
I mean, it’s a laundry list, to be honest with you. I can’t say a lot of the things because a lot of them don’t air until the last few episodes. I will say that it asked more of me, psychologically. It asked more me, emotionally. It asked more of me, physically, or as much. I think I lost close to 20 pounds over the course of the season. In terms of just the time spent in the character’s head, it was 60 to 70-hour weeks where I was more often thinking about Jamie’s life and Jamie’s world than I was thinking about my own. I’d have a brief turnaround on the weekend, where I was just getting ready to go into the next week. So it was just a really, really deep dive, where it can’t help but seep into your subconscious and your psyche. It just challenged me in innumerable ways.

TVLINE | This is a very different kind of character than we previously saw you play on USA on White Collar, where Neal Caffrey was a criminal, but he was a good guy in his heart. What kind of a guy is Jamie at his core?
One of the things [this role] really required of me was just to really focus on playing the truth of the character, and the experience that he was going through, moment to moment, without worrying about what people were going to think about it, without worrying about whether people were going to judge it good or bad, or right or wrong. My job was just to make it human and somehow make it all relatable. I think what Jamie is going through is relatable to me in so many ways.

He’s someone who wants to be the golden boy, wants to be the “yes man,” wants to be the people pleaser. He’s got this great life. He’s got a great job, a beautiful wife [played by Midnight, Texas‘ Parisa Fitz-Henley], they’re expecting a child, they just moved out to the suburbs. But inside, he is spiritually bankrupt, he’s dying, and there’s this rage that is simmering. He feels this really profound sense of loneliness and disconnection with society and the morals and ethics that we live by in this day and age that he doesn’t think are helping or working. He looks at the people around him on this commuter train and sees people plugged into their phones, 24/7. He sees the educational system that he works in, and he sees these pre-prescribed sets of checkpoints that you have to go through to get into the right school and then get the right job. He just feels that life as we know it is not working, and he doesn’t know how to communicate that, so he ends up reaching out to the one person [Messina’s character Nick] who he ever felt that sense of freedom with, the one person who ever encouraged him to call his morals and ethics into question and calls him out for all the falsehoods in his life. That ends up being a decision that he makes in a very vulnerable moment that any of us could make, and it ends up being one that costs him more than he ever imagined.

TVLINE | As I was watching the screeners, I was so unnerved by so many scenes. Were you shocked by what Jamie and Nick were doing in some of these scenes?
I was shocked by so much of what happened over the course of the season, and that’s as someone who’s watched and been a fan of the first two seasons. Derek did such a good job of surprising me with what I expected, meaning that he pushed the envelope even farther. In scenes that I could have played very flatly, he ended up creating these huge dynamic moments for all the different characters involved. He somehow made Jamie a character that keeps you guessing all the way up until the very end of the season. You never really know what choice he’s going to make or what he’s going to do in any given moment. He is a wild card. 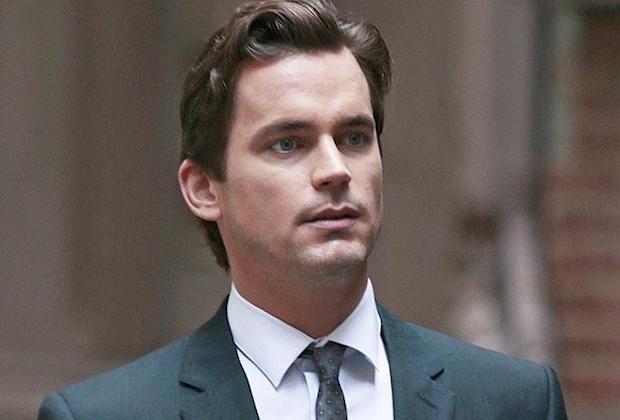 TVLINE | I can’t let you go without asking a White Collar question. Fans still speak so fondly about the show. Has there been any talk behind the scenes of a revival or a TV movie?
I have to tell you, hardly a day goes by where I’m not stopped by somebody who tells me how much the show meant to them and how much they enjoyed it or that they watched it with their family or there’s a certain family member they connected with over that show, which means the world to me. It was such an incredible creative experience, and I’m still in touch with mostly every single member of the cast. We try to get together once a year, and I think we’d all love to continue that story in some way. Sometimes, people get mad at me in public and say, “Why’d you…?!” and they think that I have some kind of creative control over the whole situation, which I just don’t. [Laughs] There are so many powers that be that would need to align to make something like that happen. And if that were ever to be the case, I think we’d all be there in a heartbeat.