One of the Pretty Little Liars is about to resurface — not in Rosewood, but in Stumptown.

TVLine has learned exclusively that Troian Bellisario will guest-star in the Feb. 12 episode of the Cobie Smulders P.I. drama. The gig marks Bellisario’s first TV role since PLL ended its seven-season run in 2017.

In the episode, titled “Til Dex Do Us Part,” “Dex is hired to investigate a bride’s fiancé (played by Night Shift vet Eoin Macken) after suspicions arise regarding the motives behind the hurried nuptials,” according to the official description. Soon enough, “Dex asks Hoffman for help with the case and discovers that there’s more to this couple than meets the eye.”

Bellisario plays the bride, Jenna Marshall, who is “the heiress to a $125 million share of a family fortune.” She is wildly in love with tattoo artist Luke Knight (Macken), and “she is willing to give up her inheritance to marry the man she loves.” Jenna’s family employs Dex to find out if the seemingly perfect Luke has any skeletons in his closest.

The bride and groom can be seen in the above photo, looking somewhat bewildered while up at the altar. Then there’s the following image, which signals a potentially rocky road to “I do”; Jenna is crying in the arms of her sister (played by FlashForward alum Christine Woods). Finally, the third and fourth photos show Dex all dressed up for Jenna and Luke’s big day: 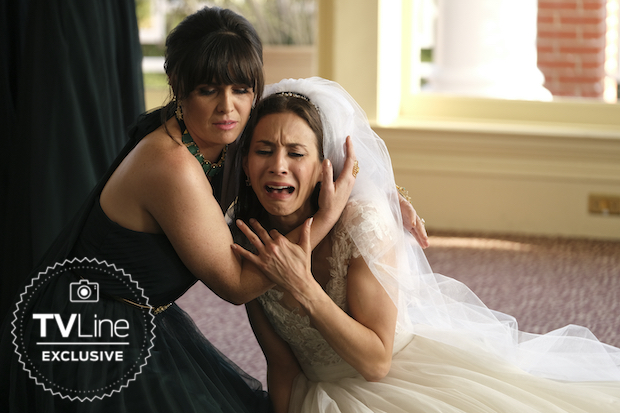 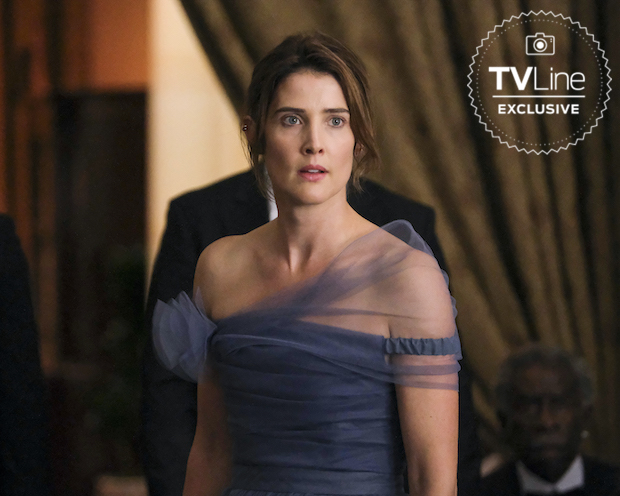 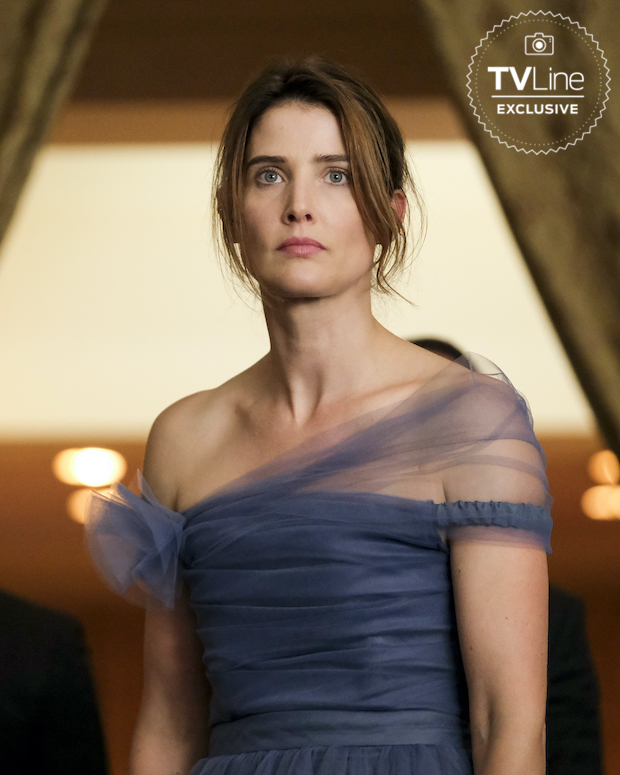 Since wrapping her run as Pretty Little Liars‘ Spencer Hastings, Bellisario has appeared in the movies Feed, Clara (opposite husband Patrick J. Adams) and Where’d You Go, Bernadette.

Stumptown airs Wednesdays at 10/9c, on ABC. Are you looking forward to Bellisario’s guest spot?