This week’s Legends of Tomorrow time quake sends the Waverider team to 1947 Los Angeles, where infamous mobster Bugsy Siegel has risen from the dead, thanks to Astra’s handiwork.

Astra’s lust for power has zapped the humanity out of her, which creates quite a dilemma for Constantine, who finds himself taking on the role of a gumshoe P.I. when he, Sara and Ray are caught inside the offices of Webb & Moore Private Investigators. Sporting an American accent, Constantine introduces Sara as his secretary. Ray, meanwhile, has “a cop face,” damsel-in-distress Jeanie Hill (guest star Haley Strode) interjects, to which Ray happily responds, “Thank you!”

Jeanie wants to get away from her dangerous beau Bugsy (Young & Hungry‘s Jonathan Sadowski), but is worried that he’ll kill her if she leaves him. Ray gives her money to go into hiding, while the trio stake out Bugsy’s Hollywood hotspot The Blue Iguana. To their surprise, they see Jeanie by Bugsy’s side. Leaving won’t solve her problems, she explains, because Bugsy has compromising photos of powerful men, which feature her as the bait. Sara decides to turn the tables on the mobster and honey trap him. With a slo-mo walk and a come-hither glance, she lures Bugsy to her table and pretends to be a gossip reporter. She’s got some juicy intel in her car, and she suggestively invites him to “take a peek at what’s in my trunk.” When they step into the alley, Bugsy’s enemies show up and shower him with bullets, which do nothing to harm him. He, in turn, pulls out a gun from Hell and reduces them to ash as the police arrive and take Bugsy downtown.

Meanwhile, Ava and Mick have been tasked with keeping an eye on things at The Blue Iguana, which means Mick is just drinking. Ava, however, is not as thrilled to just sit at the bar and do nothing when she used to be the head of a huge government organization. She drowns her sorrows in booze as she exclaims that she’s now a vagabond. 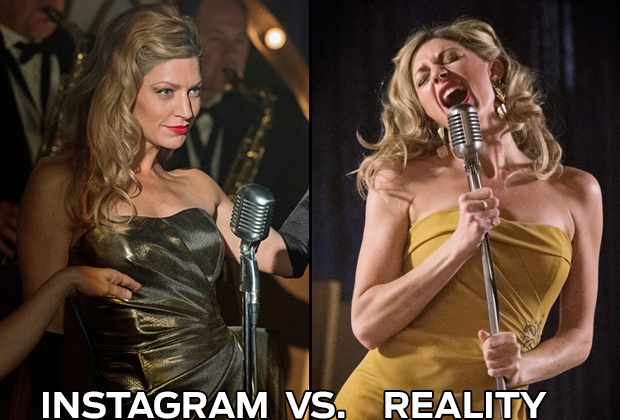 Back at the police station, Bugsy has all the cops in his pocket and is let go, so Sara asks Ava to create a distraction to lure Bugsy to the club — and her girlfriend is all too happy to be needed. Then Sara calls Bugsy on “the blower” to get over to The Blue Iguana “P.D.Q.” What they find there is quite a sight: First, we see a glam Ava singing Bell Biv DeVoe’s “Poison,” then we see the drunken, karaoke-esque reality. “It’s awful. The worst thing I’ve seen in my life, and I was there when the Hindenburg went down!” one fleeing club-goer declares. Sara is just thrilled to see Ava enjoying herself. 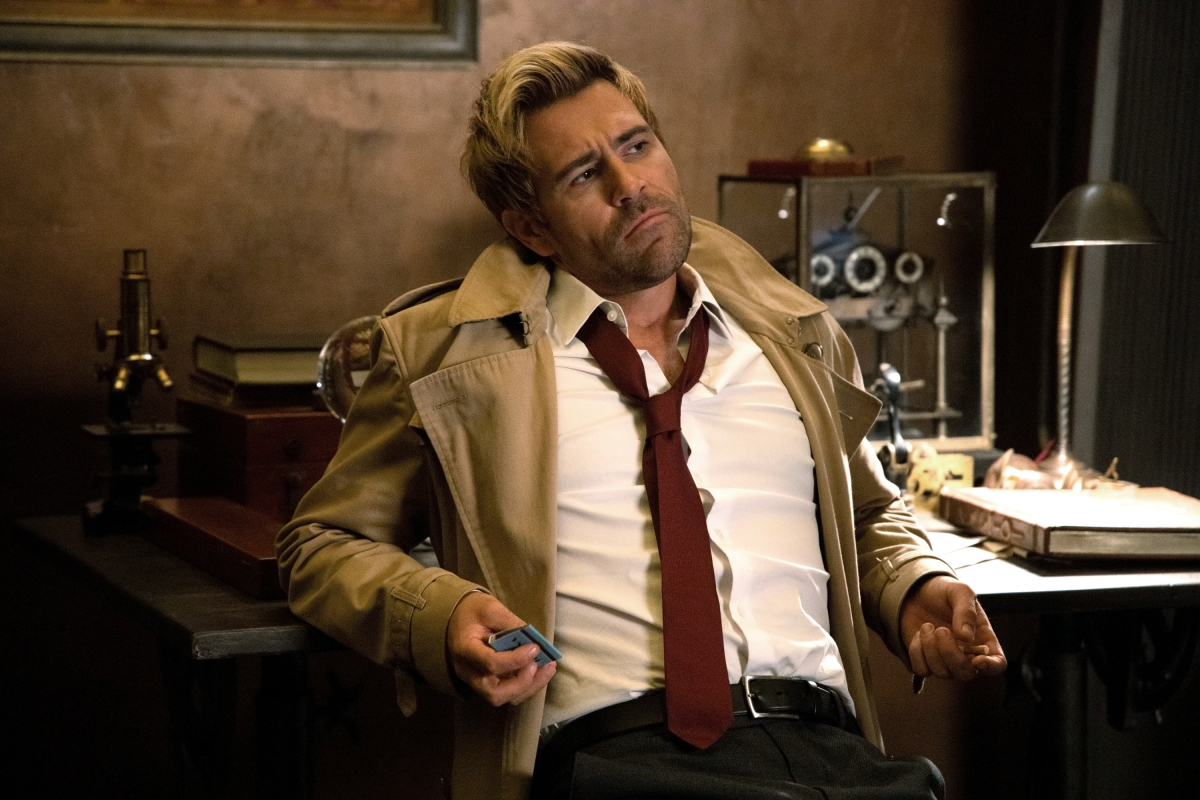 As for Jeanie, she demos on Constantine how she’ll kiss Bugsy and steal the Hell gun. In exchange, she wants the blackmail photos, which Constantine has determined are buried at a gravesite. When they find the photos, Jeanie whips out a gun and reveals that, rather than destroying them, she’s keeping the blackmail for herself. Just like with Astra, Constantine can’t convince Jeanie to give up her desire for power, and he also can’t save her life when Bugsy’s crooked cops blow up Jeanie’s car. An angry Constantine takes Bugsy and the gun to Hell, but he can’t bring himself to use the last bullet on Astra. Instead, he says he’s not giving up on her, then shoots Bugsy for what he did to Jeanie.

Elsewhere, in Washington 2044, Behrad takes his “business school professor” Nate to his dad’s birthday dinner, where Nate lays eyes on the new Zari. “It’s you. I saw the video,” he says in awe. But Zari, who is now a Kardashian-esque mogul after becoming famous as Dragon Girl, mistakes him for one of her millions of social media followers. “Thanks for subscribing. It’s the fans that really make all the hard work worth it,” she feigns. When he holds onto her hand a little too long and can’t stop staring, she mutters under her breath, “What a weirdo.”

After dinner, Nate asks Zari if she feels like they met in another life, and she goes along with it to get to the truth about their family’s so-called stolen air totem. Behrad walks in just in time to stop Nate from saying anything. After some time, Zari figures out why her brother’s new friend looks so familiar: He was at Heyworld, and hey, so was Behrad! She just can’t make sense of how they haven’t aged in the 24 years since then. When Zari threatens to tell their parents the truth, Behrad opens a portal, and Zari suddenly finds herself on the Waverider, screaming into her phone for help.

What did you think of “Miss Me, Kiss Me, Love Me”?