A she wolf and a hustler joined forces in Miami on Sunday for an epic Super Bowl halftime performance befitting a pair of true music industry queens.

While the San Francisco 49ers and Kansas City Chiefs took a beat to catch their collective breath, Jennifer Lopez and Shakira took center stage at the Hard Rock Stadium with a high-energy medley of hits from their decades-long careers.

Shakira got things started with the aforementioned “She Wolf” before segueing into portions of “Empire,” “Whenever, Wherever” and “Hips Don’t Lie,” among other jams. Naturally, she worked belly dancing, crowdsurfing and “snake” charming into her routine.

J.Lo then descended from the heavens on a pole, gifting us with a medley of some of her best — “Jenny From the Block, “Get Right,” “Waiting for Tonight,” “On the Floor” and more. Shakira then returned to the stage to close the show with a dancing extravaganza.

The two welcomed a few special guests throughout the 15-minute show, including J.Lo’s daughter Emme, who joined her mother for an unexpectedly emotional performance of “Let’s Get Loud.”

Hours before the big game, Katy Perry reached out to J.Lo and Shakira on Twitter, giving the duo an emphatic, “YOU GOT THIS,” to which J.Lo replied with a trio of red, white and blue hearts.

Perry, of course, delivered her own epic Super Bowl halftime show — complete with giant beach balls, singing palm trees and a directionally challenged dancing shark — back in 2015. Other memorable halftime performances have come courtesy of Maroon 5 (2019), Justin Timberlake (2018), Lady Gaga (2017), Beyoncé (2013), Madonna (2012) and The Black Eyed Peas (2011), among many others.

“For me, it’s the 100th anniversary, but it’s also the marker of a new time — not just for the NFL, but for this country,” J.Lo told reporters in the days leading up to the Super Bowl. “It sends an important message to everyone.” 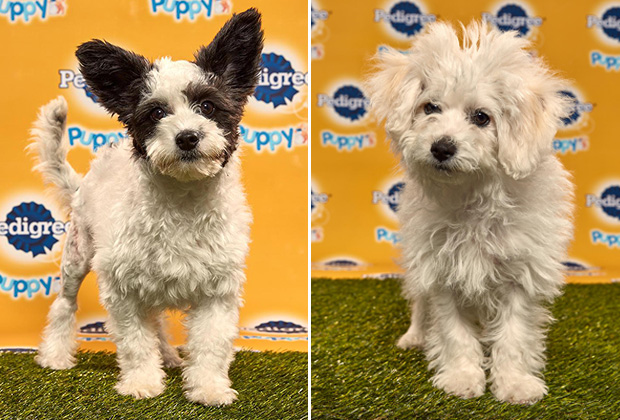 Added Shakira, “It’s going to mean a lot to our community, here in the U.S. and abroad.”

“At the end of the day, it’s about making a statement of love and unity and making everybody come together just for a moment,” J.Lo concluded. “Hopefully, that resonates.”

Hit PLAY on the video above to watch J.Lo and Shakira’s halftime performance, then grade it in our poll below and drop a comment with your full review.