THE SHOW | USA Network’s Dare Me

THE PERFORMANCE | We don’t often use the word “revelation,” but since the premiere of USA’s nerve-shredding Dare Me, that’s what Kelly has been. Eschewing mean-girl clichés, she’s played teenage nightmare Beth like the equivalent of broken glass holding a grudge — all jagged edges with not just the potential to draw blood but the desire.

Throughout the season, Kelly has often seized opportunities to shed faint light on the hurt that’s fueled her character’s hurtfulness. But it was in Sunday’s episode, as the alpha female desperately tried to contain her horror over her sexual assault, that her portrayer took us to the acting equivalent of regionals and showed us how vulnerable Beth actually was.

As the cheerleader’s body went through the motions at her school’s pep rally, panic flashed across Kelly’s face like a series of slaps. Beth was on the verge of losing the one thing she prized more than the necklace that her father had given her: control. After an accident left a fellow cheerleader bloodied and Beth broke down, Kelly was so transformed, she could’ve convinced us that we were looking at an altogether different girl.

By no means was that Kelly’s only standout moment in the hour. She made Beth’s forced conversation with her attacker fraught enough to give us secondhand PTSD. And the glimpse of her sweet side that the actress let peek through with Addy’s mother was as shocking as any of Beth’s prior partying. But the pep-rally scene was the one that really made us want to cheer for Kelly — and eager to see what she’d do for an encore. 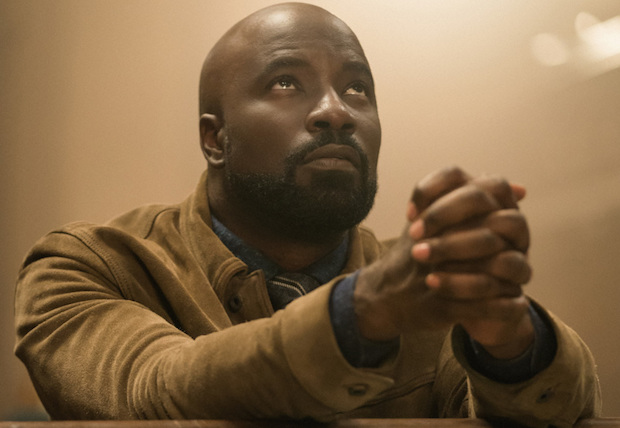 HONORABLE MENTION | One of the things we like most about Evil‘s David is that he’s as mystified as the rest of us by the universe’s mysterious plan. And one of the things we love most about Mike Colter‘s portrayal of the priest-in-training is how he fills David’s musings with a compelling mix of wonder, frustration and awe. Thursday’s season finale provided a perfect example. While David sat on the stairs and reminisced about a fallen soldier he’d known, wondering how the totality of a person’s soul can be gone after death, Colter expertly balanced David’s veneration of The Man Upstairs with his bitterness over a life needlessly cut short. The monologue was powerful in its simplicity, Colter’s delivery of it moved us, and (eternally) damned if we aren’t even more impatient now for the show to return for Season 2! 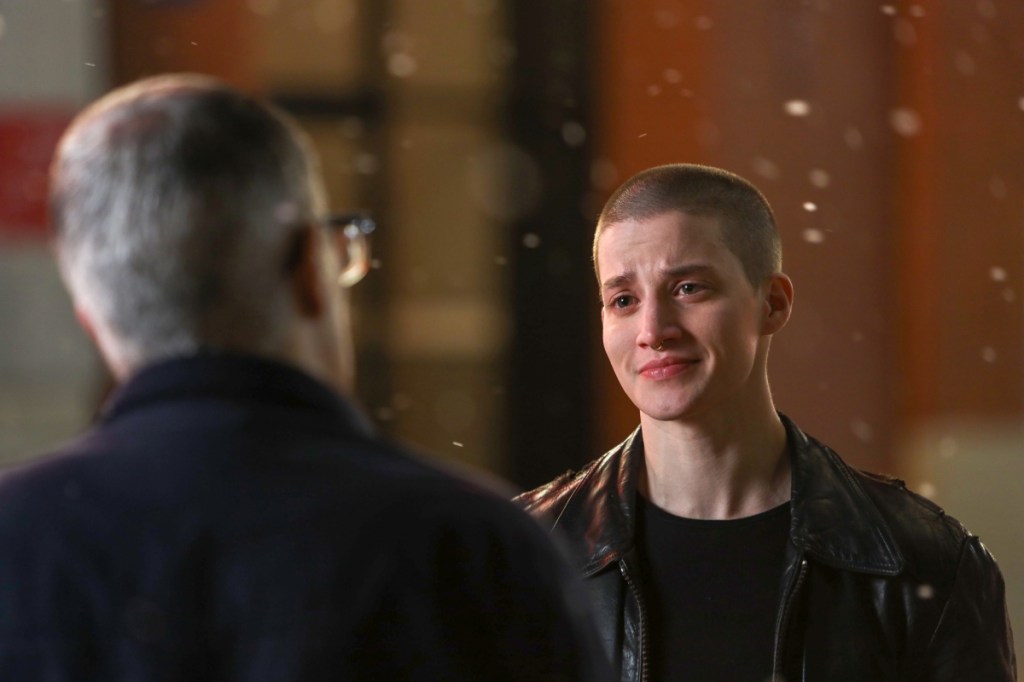 HONORABLE MENTION | Throughout the entire first season of Showtime’s Work in Progress, Theo Germaine gave a standout, funny and memorable performance as Chris, a young trans man who starts dating an older woman. This was especially seen in the season finale, when Chris and Abby find themselves face-to-face after their break-up. Germaine (who is transmasc and nonbinary) is heartbreaking in the scene, using only a few words because so much is written on their face: the pain, the betrayal, and the devastation. When Abby calls out Chris’ deadname and he stops in his tracks, we caught ourselves holding our collective breath. And when Chris confronts Abby one last time, failing to hold back tears, it’s impossible not to cry, too. 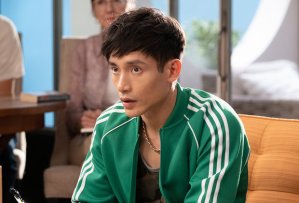 HONORABLE MENTION | Oh, dip: Jason Mendoza may have been the first human to walk through the door and end his eternal afterlife in The Good Place‘s series finale, but we still savored every all-too-brief moment of Manny Jacinto‘s joyfully silly performance. It’s not easy playing dumb, but Jacinto makes it look easy with his goofy grin and inspired line readings. Jason became an unlikely sage after so many years in the afterlife, though, and Jacinto found a soothing, Zen-like calm in Jason’s final scenes. His goodbye to D’Arcy Carden’s Janet just about broke our hearts, too. Who knew we’d be rooting so hard for a romance between a Jacksonville dirtbag and an all-knowing virtual assistant?