We’ve got questions, and you’ve (maybe) got answers! With another week of TV gone by, we’re lobbing queries left and right about shows including The Good Doctor, The Conners, The Resident and Riverdale!

1 | Netflix’s October Faction is loaded with monsters, but what on earth is snarling in the basement of the Allen mansion? Also, how will Fred come back to the fold next season, and will Grandma Maggie become the series’ next Big Bad? 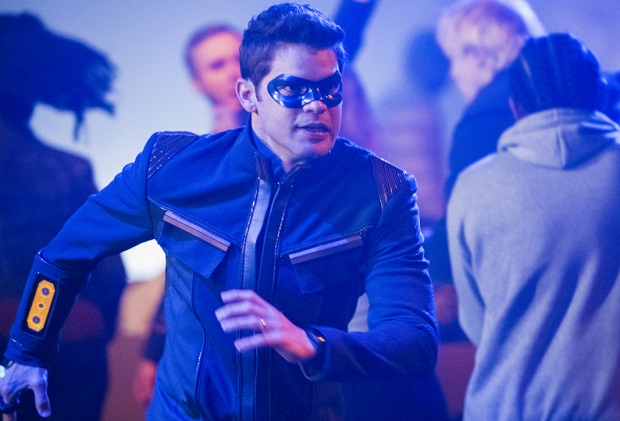 2 | Did Winn’s action-packed (and very fun!) return to Supergirl make you wonder why the show did so little with him during his three-season run? And were you kinda hoping for a mention of Mon-El from Legion-traveling Winn?

4 | Did the Shameless finale need at least a mention of Fiona since she wasn’t at Ian and Mickey’s wedding? And after it recently played on both Shameless and God Friended Me, can we all agree it’s time to retire “At Last” as TV’s go-to first dance song?

5 | Any other Power viewers hoping that Tate gets some kind of comeuppance in the series finale?

6 | During The Bachelor‘s post-credits scene, in which Peter and Victoria F. played some basketball, how hard did you cringe when Victoria yelled, “Kobe!” upon making a basket? 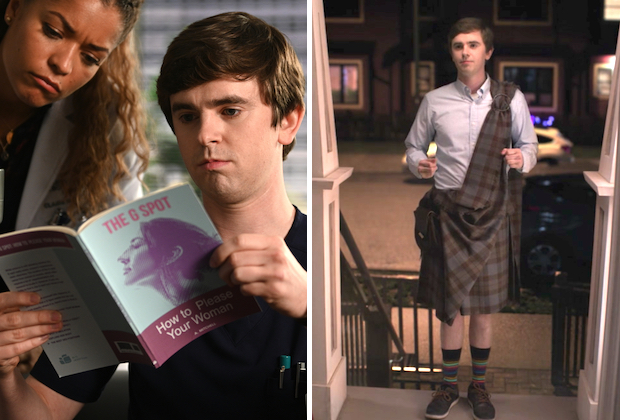 Good Doctor fans, what made you laugh (and/or cringe) the hardest amid Shaun’s efforts to “give Carly a parade”: His inappropriate office reading material, or when he showed up at her front door ready for some Outlander foreplay?

8 | On 9-1-1: Lone Star, while we understand the importance of remaining calm under pressure, isn’t Michelle Blake (played by Liv Tyler) consistently coming off a little too chill during crisis situations?

9 | Now that we’ve actually seen All American‘s (very cool!) cotillion dance, was Olivia a little insane to think Asher could have learned the whole thing in one rehearsal?

10 | Did you ever think that John Barrowman would return to Doctor Who but not for the same week’s cameo-packed Arrow series finale?

11 | OK, the Arrow series finale…. Is there a reason why the rebooted timeline couldn’t have kept both versions of Laurel? (After all, doppelgängers are all the post-Crisis rage on Supergirl and Batwoman!) Did you chuckle when Flashback Oliver coached Diggle not to rely on arm strength, seeing as Dig’s arms are (as Rene aptly put it) the size of tree trunks? Why would Mayor Lance’s term be up in the month of April? As romantic as Oliver and Felicity’s “paradise” realm is, won’t they get bored all by their lonesome? And lastly, which funeral absence was most conspicuous: Iris, Ray, Yao Fei, Tatsu, or William’s mother Samantha? 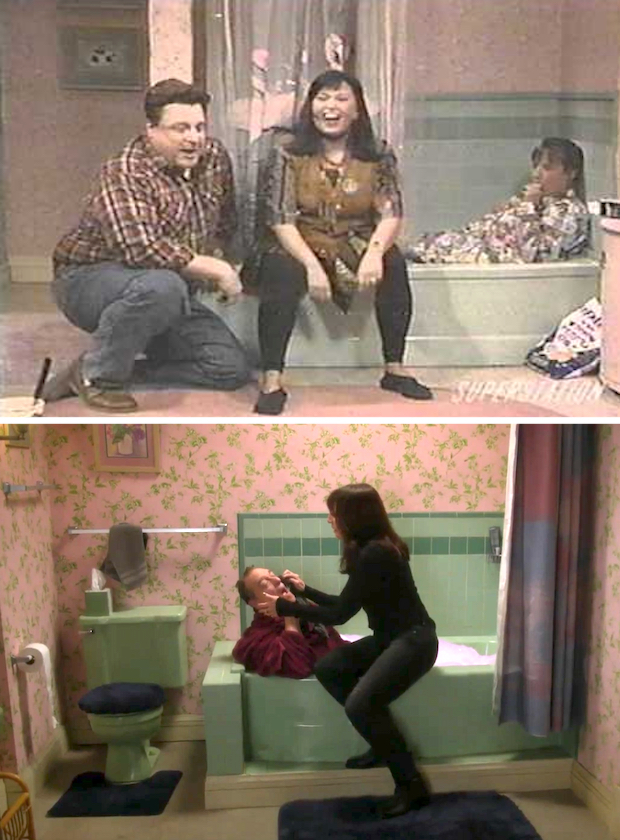 12 | When did The Conners renovate their bathroom? Wasn’t there a second door that led out to the hall? And any Cougar Town fans experience deja when wine-soaked Jackie unveiled her own version of Big Carl?

13 | On This Is Us: Would ’90s-era Days of Our Lives really have flown Kevin — a New York-based actor — out to where the soap films in California for a one-line role? And is the No. 1 most fantastical thing to ever happen on any TV show, sci-fi included, a movie theater making the snack stand free due to a technical snafu?

14 | Did any other Resident fans assume that Nic’s food poisoning-induced vomiting would turn out to be a pregnancy?

14.5 | New Amsterdam, or Grey’s Anatomy: Who scared you off vaping more this week?

15 | Do you suspect that on this week’s Single Parents, guest star D’Arcy Carden was channeling a neutral Janet? 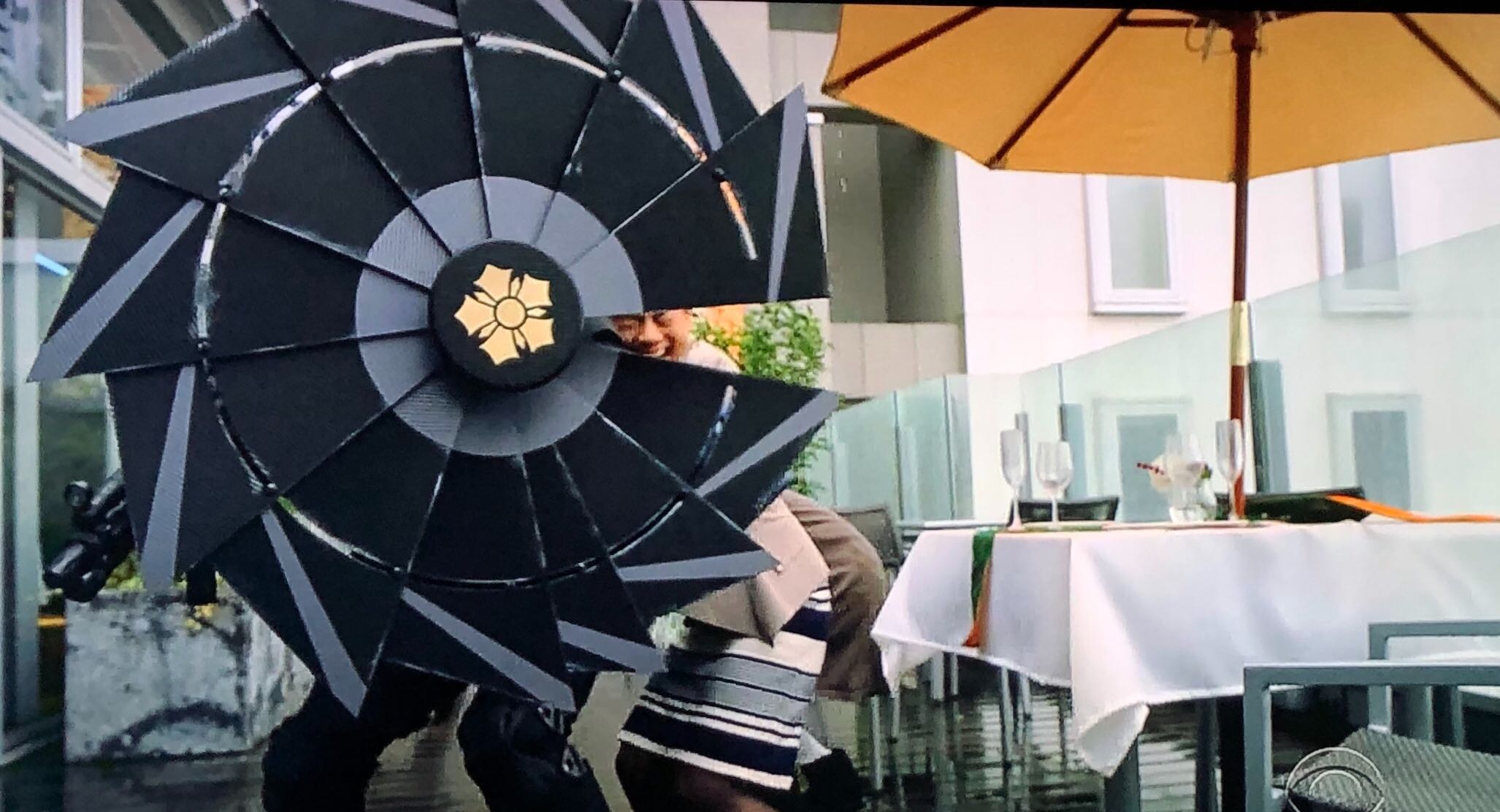 16 | Have you ever seen anything cooler than the shield used by the Japanese SPU on S.W.A.T.?

17 | Riverdale fans, after months of wishing Kevin would get a storyline, are you kinda wishing he hadn’t, now that he’s — ick — filming (non-sexual!) tickling videos for money? Are we to believe that crime boss Hiram doesn’t know about the existence of Penelope’s former brothel? And “Barchie” loyalists, how loudly did you squeal when Archie and Betty touched hands in that flash-forward?

18 | Exactly how much illicit alcohol did A Million Little Things‘ Sophie drink in just a few hours’ time if she was sick all that night and debilitatingly hungover through the following afternoon? 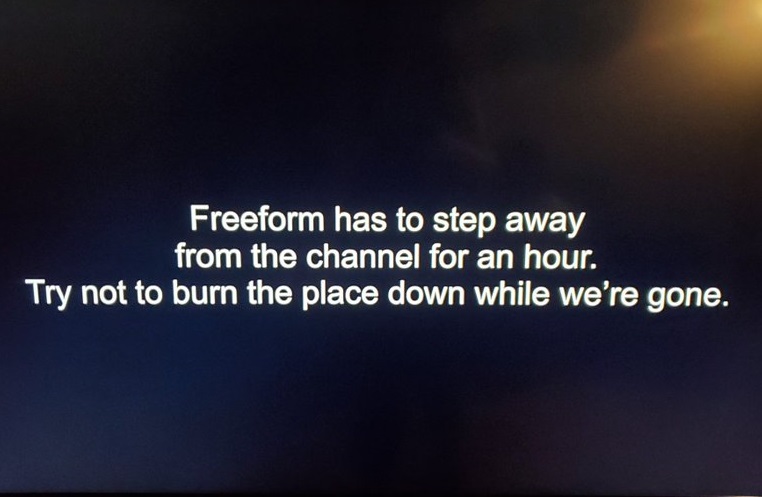 19 | How great is this advisory before The 700 Club on Freeform?

20 | On The Bold Type, would an outlet like Scarlet really send its social media director to film a 10-second Twitter video message from a celeb instead of asking someone in the star’s camp to do it? 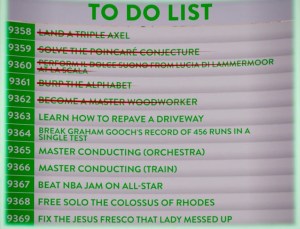 21 | On The Good Place, which item on Tahani’s afterlife to-do list entertained you the most?

22 | How much did Station 19‘s new chief remind you of Grey’s Anatomy’s obnoxious, original-flavor Koracick? And after Station 19‘s patients were brought directly to Grey Sloan last week, didn’t it feel odd that Ryan’s story didn’t continue on Grey’s?

24 | Is every series finale now going to end in the afterlife? Lost, Vampire Diaries, Arrow, The Good Place….