Landon Kirby is a phoenix on a mission, and he’s willing to go to any length — or any height — to solve his latest dilemma.

“I know I’m just your stand-in friend until Rafael gets back, but why is this so important to you?” Wade asks. “What does it matter if you can fly? No one here flies!”

“I believe in you,” the frustrated phoenix replies. “Can you be the one person here who believes in me?”

Wade, who only last week discovered his own true nature as a fairy, agrees to support Landon — not that he’s really putting anyone in harm’s way, considering Landon has already mastered the art of coming back from the dead. 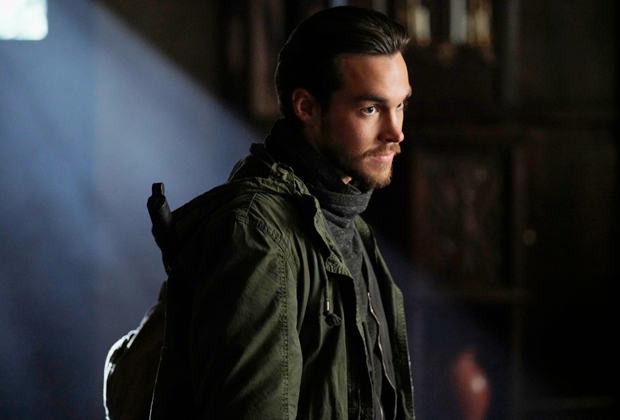 And we’re just one week away from another milestone in the TVD-verse; the show’s Feb. 6 episode welcomes back Chris Wood as Lizzie and Josie’s unsavory uncle Kai Parker. First introduced in The Vampire Diaries‘ sixth season, Kai is responsible for a number of game-changing events in Mystic Falls, including the death of the twins’ biological mother and the seasons-long nap of Elena Gilbert. (Click here for a batch of sneak-peek photos from Kai’s long-awaited arrival.)

Hit PLAY on the video above for an exclusive preview of tonight’s Legacies, then drop a comment with your thoughts on the drama still to come.