Yeah, we have no idea what’s going to happen in The Good Place‘s series finale, either — but we have a pretty good idea what it’s going to look like, at least.

NBC has released a whopping 27 (!) photos from Thursday’s series ender (8:30/7:30c), and there’s plenty in there to tug hard on our heartstrings, like Eleanor and Tahani sharing a tender hug while Janet looks on. (Awww.) Plus, we see Eleanor and Chidi enjoying a romantic candelit dinner together — about time! — and Janet smiling proudly while standing inside Jason’s eternal home, aka Stupid Nick’s Wing Dump, so we know those two couples are still going strong, at least. 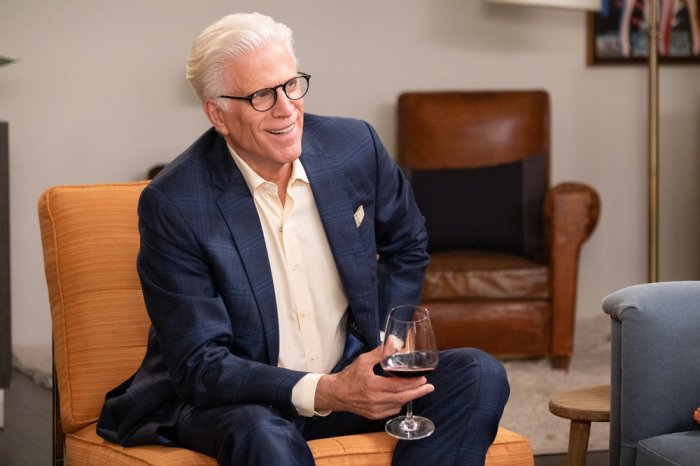 But there are a few mysteries in there to ponder as well. Like, why is Michael not wearing his signature bow tie anymore? (Is he loosening up now that he’s no longer a Bad Place demon?) And what compels him to pick up a guitar? Is he finally strumming out some music to accompany his immortal lyrics: “Here’s a trippy little ditty/About a train to Groovy City…”? Plus, why is Jason only in one photo — studiously taking notes in what looks like a class, no less — and not seen with any of the others? Note to The Good Place writers: If this series finale doesn’t contain plenty of Jason Mendoza, we will not be happy.

Check out the gallery to the right — or click here for direct access — to get a sneak peek at The Good Place‘s series finale, and then hit the comments below to share your theories.