The Bennett family’s bad-luck streak comes to an end in the series finale of The Ranch.

The Netflix comedy reaches its natural conclusion with its eighth and final part, which finds Luke opening up about his mental health and Colt making the ultimate save.

In order to get Lisa Neumann to drop the lawsuit against him, Colt needs to prove that her prize bull infected his heifers. First he finds a picture of Lisa and her bull on the Mooney ranch, which recently suffered a trich outbreak. He then needs confirmation that the photo was taken before the steer moseyed on over to Iron River.

Colt eventually has an epiphany: He can use Rooster’s old login credentials to sign onto the Neumann’s Hill database and check the bull’s geotag. Its tracking information places it at the Mooney ranch a week before it impregnated half of his herd. When Colt presents Lisa with his findings, she is forced to drop the suit. She also needs clean cows, so Colt cuts her deal: He sells her his livestock in exchange for Iron River. Beau and Joanne will get to keep the ranch, and Colt will return to the family business again, while he and Abby continue to live on the Peterson property. When Colt breaks the news to Beau, the typically stoic rancher gets up from his chair, hugs his boy and tells him how much he loves him. 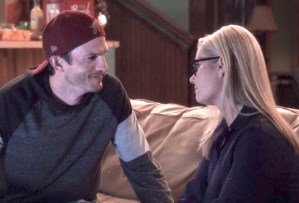 Getting Lisa to drop the suit isn’t Colt’s only concern. While moving into their new house, Abby tells Colt that she thinks she might be pregnant. A pregnancy test reveals that she’s not in fact expecting, but the false alarm gets them thinking about Baby No. 2.

Colt also finds out that Luke suffered a devastating loss. At the start of the episode, his cousin reveals that Koosh killed himself. Worried that he’ll suffer the same fate, Luke asks Beau to accompany him to his first veterans’ support group meeting. There, the PTSD-stricken Army vet tells the story of an Iraqi fruit vendor named Asif, a “really good dude” who “used to sneak fruit to the kids that couldn’t afford it.” 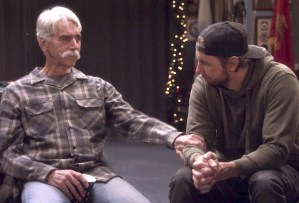 Then, on one fateful day, “my unit was asked to lead an assault on some insurgents,” Luke recalls. “We kick down this door, and Asif is standing there on the other side, pointing a gun at me…  He shot and missed me, so Koosh took him out… and there’s just not really a day that goes by that I don’t see his face. I assume it’s the same for Koosh — or it was. He killed himself a couple days ago, I imagine, because of moments like that. And it f—king scares me, because I have a hundred moments like that.” The support group leader thanks Luke for his share, then Luke says that he’ll be back again next week. 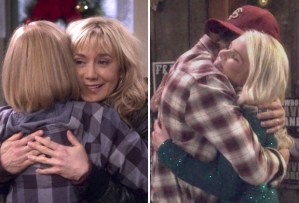 Luke isn’t the only one beginning to put the pieces of his life back together. Earlier on that same day, Mary visits Joanne to pay back her bail. There, she reveals that the D.A. offered her a plea bargain — probation and an ankle monitor instead of jail time — and she took it. Mary and Luke eventually convene at Maggie’s Christmas Eve party, where she accepts his offer to go on a proper first date. Meanwhile, across the room, Heather takes a moment to thank Colt for everything he’s done to protect her.

After the party, all the Bennetts gather for a nightcap. It’s the last time they’ll all be together for a while, now that Maggie’s moving to Florida to live on a commune with her new partner Julie. Colt takes the opportunity to raise a glass to Iron River, to his loved ones, and to his late brother Rooster.  “Cheers to the f—king Bennetts!” Maggie exclaims, as the series draws to a close.

Grade The Ranch‘s last episode (and final half-season) below, then hit the comments with your reactions.