Dynasty is giving us a showdown 37 years in the making. As teased in the synopsis for Friday’s episode (The CW, 9/8c), “Cristal and Alexis have a historically epic encounter,” and now TVLine has your exclusive first look at Blake Carrington’s wives’ waterlogged smackdown.

For you non-historians, the reboot is recreating an iconic brawl from the original Dynasty, which found Alexis (played by Joan Collins) and Krystle (played by Linda Evans) duking it out in the lily pond. That episode, appropriately titled “The Threat,” aired in 1983. 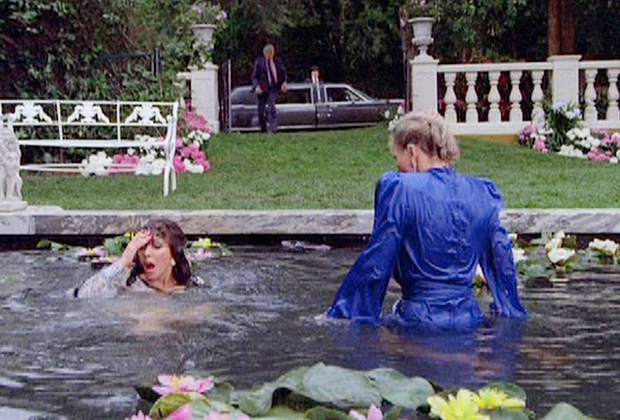 Nearly four decades later, Elaine Hendrix and Daniella Alonso will pick up where they left off in an episode titled — wait for it — “What Sorrows Are You Drowning?”

Hendrix, who recently took over the role of Alexis, tells TVLine that she had a hand in her character’s outfit for the big scene: “When we were discussing the wardrobe for the scene, they showed me the dress I’d be wearing, and I was like, ‘Wait, where’s the hat?’ I guess they didn’t want the hat, but I was like, ‘No! She has a hat, she picks it up and she starts beating Cristal with it. Where’s my hat?!’ So they were like, ‘Ohhh…’ and they went back and added a hat.”

Though Nicollette Sheridan’s Alexis previously tussled with both Fallon (Liz Gillies) and the show’s original Cristal (Nathalie Kelley) in Season 1, this marks the first battle between Hendrix and Alonso.

Scroll down for another exclusive shot from Alexis and Cristal’s epic confrontation, then drop a comment with your thoughts below. 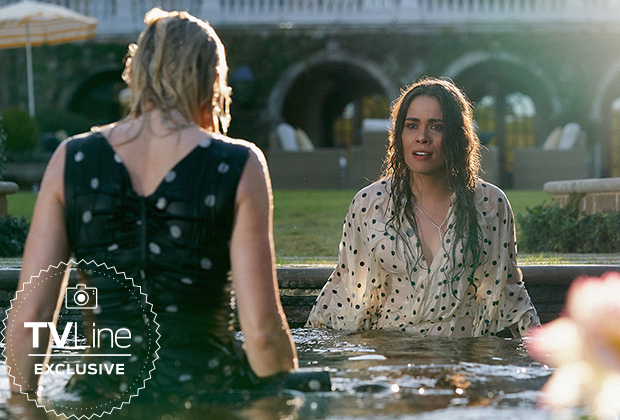