Well, this should be royally fun. HBO Max has given a series order to The Prince, an animated comedy series created by Gary Janetti (Family Guy), whose Instagram account hilariously satires British Royals through the eyes of a young Prince George, the eldest child of Prince William and Princess Kate.

“I’m thrilled to be working at HBO Max and bringing them yet another series about a family ruthlessly fighting for the throne,” Janetti said in a statement.

Per the royal logline for The Prince, “Before George rules Britannia, he’ll be laying down his own laws in Janetti’s comedic take on the future King of England’s childhood as seen from the prince’s own point of view. Because his succession isn’t coming any time soon, in each episode George will find his path in life as a young prince in modern times — from the 775 rooms of Buckingham Palace to his family’s sea of corgis to primary school with commoners.

“The Prince also features notable characters in George’s life such as his parents the Duke and Duchess of Cambridge, his fourth-in-line-for-the-throne little sister Charlotte, his modern Aunt Meghan and Uncle Harry, his great-granddad Philip, and — who can forget — “his Gan Gan Elizabeth.” 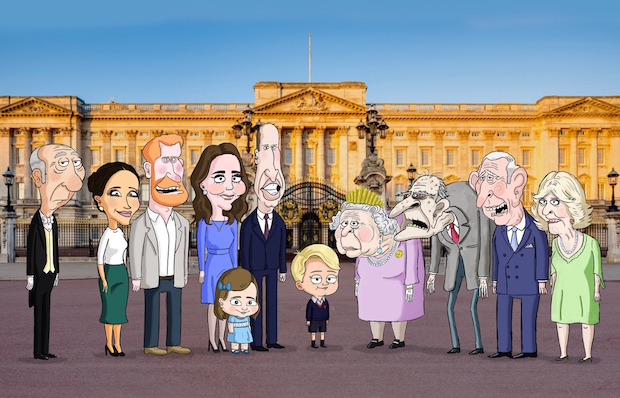 Are you excited to see Janetti’s princely spoofs come to animated life?