One crisis down, a million new ones to go. Sunday’s Supergirl kicked off with Kara & Co. struggling to process the reality of life on Earth-Prime, where Lex Luthor is a paragon of goodness and the Brainiac-5’s flow like wine. (We’ll get to that second one later.)

As Lex explained to an understandably disoriented Lena, they now live in a world where Supers and Luthors work in harmony for the betterment of mankind, describing this public partnership as “the perfect cover-up” for their morally dubious side hustles. Lex later proposed a tenuous truce with Supergirl, if only to avoid starting another “messy” war, but Kara wasn’t about to sign on any dotted lines just yet.

Kara’s main concern, naturally, was how this new arrangement could negatively impact her fragile relationship with Lena, so she immediately went to tell her frenemy the truth. “I know you think Lex is a good man…” Kara began, only to learn that Lex already restored Lena’s memories. He also did the same for their mother, who strongly suggested that Lena align herself with Lex over Kara. At least with him, “you won’t risk your emotions,” she said.

Lena ultimately followed her mother’s advice, but only after putting Lex through a rigorous lie detector test. Not only did he admit to being lonely, but he even promised to avoid “unnecessary homicides,” which was actually a pretty big improvement for him. Sure, Lena doesn’t technically know that Lex and Lillian are plotting world domination on the side, but she’ll probably find out soon enough. Just another week for the Luthors. 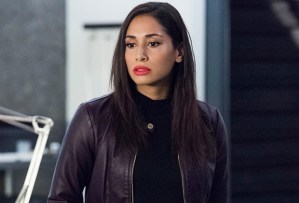 Meanwhile, the DEO played host to a meeting of the minds — er, the brains — when Brainy suddenly found himself surrounded by other versions of himself, including a female Brainiac-5 played by Jesse Rath’s real-life sister/Hawaii Five-0 star Meaghan Rath. It turns out that a wormhole transported the patrons of Al’s Bar(s) from various destroyed earths to the Al’s Bar on Earth-Prime. The gang’s initial visit reintroduced us to several familiar faces, including alternate versions of the witches that resurrected Reign. (In related news… remember Reign?!)

It was soon revealed that one of the more rebellious and/or murderous Brainiacs managed to bottle his world before it was destroyed, and with the witches’ assistance, he planned to open it right in the middle of Al’s Bar. Evil Brainy’s motivation was that it wasn’t fair for only one world to survive the Crisis — a fairly sensible complaint. What made less sense, however, was the show’s decision to play *NSYNC’s “It’s Gonna Be Me” during the episode’s big showdown. Not that I’m complaining or anything.

In order to save the day, Brainy removed his mental inhibitors, allowing him to embrace his true self for the first time. But before the other Brainiacs went their separate ways, the female version offered this chilling warning: “I fought against Lex Luthor, and it led to catastrophe beyond imagining. If you’re going to save your world, you have to work with Lex. You must give up everything and everyone you hold dear until the worlds are saved.” Sadly, “everything and everyone” includes his relationship with Nia, resulting in a real bummer of a breakup.

This week’s main stories merged in the final scene, as Brainy vowed to help Lex defeat Leviathan. Information about this ubiquitous foe is apparently scarce on Earth-Prime, but one “doppelganger” from the future might have the answers they’re looking for. And boy does he look familiar: 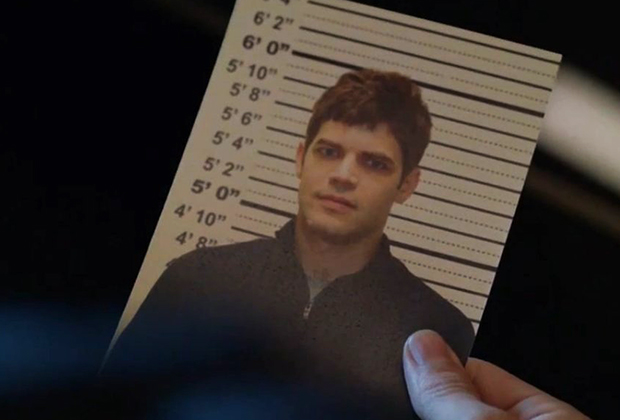 Your thoughts on Supergirl‘s first post-“Crisis” episode? Do you like Brainy’s new look? Did you gasp at the sight of Jeremy Jordan, last seen back in the third season finale? Grade the midseason premiere below, then drop a comment with your full review.