Based on the best-selling novel of the same name by William Landay, the character-driven thriller will be a limited-series that unfolds around a shocking crime in a small Massachusetts town. It follows an assistant district attorney (Evans) who “finds himself torn between his sworn duty to uphold justice and his unconditional love for his son,” according to the streamer’s official description.

The series is created, written and executive-produced by Mark Bomback, who is also on board as showrunner. It’s directed by Academy Award nominee Morten Tyldum (The Imitation Game), who also serves as executive producer. In addition to starring in the series, Evans will executive-produce alongside EPs Rosalie Swedlin and Adam Shulman.

Are you pumped to see Evans star in a small-screen series? Check out another first look photo below, then drop your thoughts in the comments! 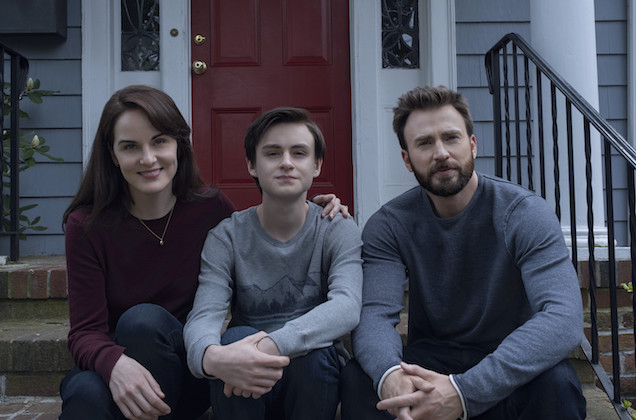