Good Trouble isn’t dragging out the mystery of who’s in the body bag that was spotted in the show’s Season 2B trailer.

Wednesday’s premiere kicks off with a distressed Callie running from a building and shots of a coroner wheeling out a body. Callie briefly considers texting her sister Mariana, but while she’s hesitating, Jamie calls. “Are you OK?” her boyfriend asks, hearing the tears in her voice. Callie simply replies, “No.”

It’s not until later that we discover what happened: Callie is talking to Judge Wilson when he gets a phone call that nearly brings him to the ground. His son Tate overdosed. The death, obviously, rocks Callie’s former boss, whose last conversation with Tate involved them both angrily exclaiming how ashamed they are of each other. But for Callie, the devastating news brings up memories of her mother’s death. Luckily, her self-proclaimed perfect boyfriend — and he is almost perfect, thanks to Beau Mirchoff’s charming performance — calls Jude in for a visit. After the siblings reminisce, Callie makes her brother promise not to take any drugs, because they could be laced with other substances. 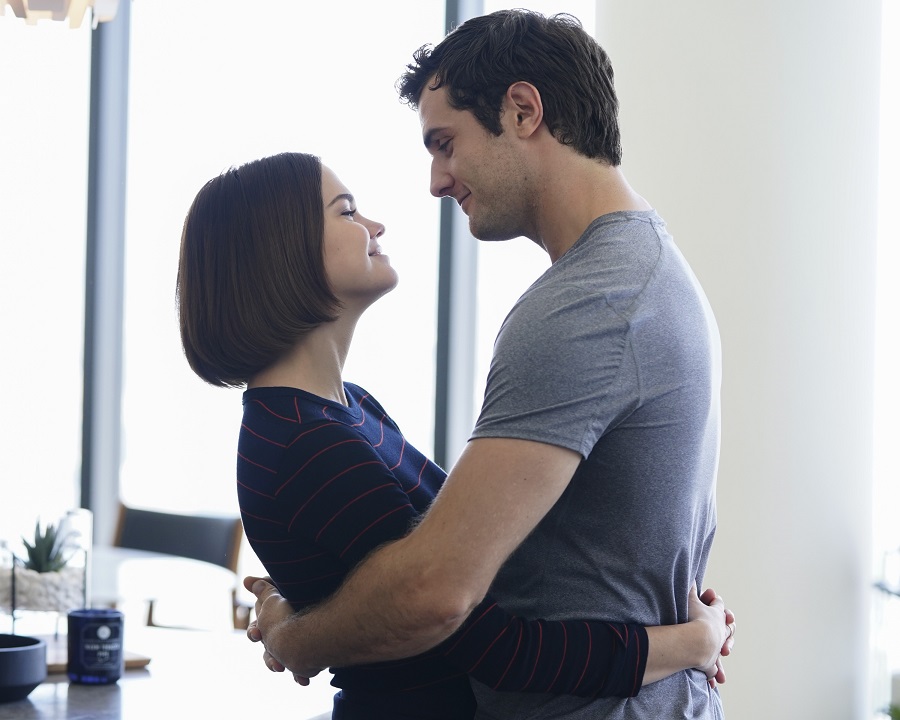 Jamie’s thoughtful gesture also convinces Callie to make her temporary living situation with her beau into a permanent one. And she even tells Jamie that she loves him!

* After Jeff’s ex-wife lashes out on social media about the “fat bitch” who stole her husband, Davia enlists Gael’s help to make a fabulous clapback music video. Davia later gathers up the courage to be just as brave in her personal life and goes to Dennis’ room to, presumably, tell him she loves him. But when she knocks on his door, Davia is surprised to find Malika behind it (and a sleeping, shirtless Dennis in the background). Little does she know, the two have spent all day drinking their sorrows away together.

* Malika has violated Wilson’s restraining order and could be facing jail time. Her boyfriend Isaac is disappointed that she missed dinner with his family for the protest and isn’t sure that Malika is willing to put their relationship before the cause. So they might be broken up?

* Mariana picks Raj to be interim team leader on her app while she is transferred back to her old position.

* Lindsay invites Alice to open for them in Sacramento, which means sharing a hotel room overnight. But maybe, just maybe, Lindsay isn’t trying to steal Alice from Joey? After all, Lindsay and Alice’s ex Sumi really seem to be feeling each other.

* Gael quits his graphic design job at Speckulate to focus on his art.

Good Trouble fans, what did you think of the show’s return? Grade it below, then hit the comments!