Chicago Fire is keeping viewers on their toes when it comes to Casey’s love life, hinting at a potential romance with paramedic Sylvie Brett one moment, then temporarily reuniting the firefighter with his ex-wife Gabby Dawson.

To get some clarity on what the future holds for Casey’s heart, TVLine chatted with leading man Jesse Spencer about getting closure on “Dawsey” and how that allows him to move on. The actor also reflects on Casey’s Season 8 arc and why he still loves playing the upstanding character.

TVLINE | Creator Derek Haas said that for Casey, rather than focusing on romance, this season has really been about him becoming a mentor, particularly to Gallo, and becoming a Boden in his own way. How have you enjoyed his arc this season?
Really good. It’s kind of nice to have the mentor/mentee [relationship], have a new kid come on, and [Alberto Rosende is] new as well, so he’s learning the ropes of Chicago. I love it. It makes you think of your own mortality a little bit, because it’s just like, “Oh, no, I’m getting older! Now I’m the mentor.” [Laughs] Like the passing of the torch has begun.

TVLINE | Where do you see Casey ending up? Do you think he’s going to take over Boden’s position? Or do you see him running up even higher in the hierarchy?
I don’t know. Oh, God, I hope I never become chief!

TVLINE | Why not?
Even as the captain, I’m mostly just directing, giving orders. I’m not actually doing it myself. I mean, he does jump in there when he needs to, but there’s a lot of ordering people around… I want to do stuff. So if I went to chief, I wouldn’t do nearly half of what Casey gets to do. I like it when Boden comes in with us, when the chief finally has to put the funky gear on, the SBCA, and he comes in with us. I always find that the more exciting moment for us because it’s rare, and if he’s in there, it’s bad. [Laughs] And I don’t think Casey would want to move to any position like that, either. So I think I line up with my character on that one, because he wants to fight fires and save people. There’s a lot of paperwork when you become chief. I’ll leave that to Eamonn [Walker]. Eamonn likes wearing glasses.

TVLINE | What kind of issues or troubles are we going to see for Casey with the other firehouse, Firehouse 20?
I think it’s an ego match. [Laughs] There’s a bit of like [snaps fingers]. We play it off like, what’s that musical called? West Side Story? We’ve got the Jets and the Sharks going. [Laughs] [In this Wednesday’s episode], we have to go into the [other] firehouse and be there for a couple of days. But it’s our show in a nutshell, because they’re going to need each other at some point. Once they’re on the job, they’re not pissing over who got there first. It’s a nice story arc about first responders and them helping each other out in the end. 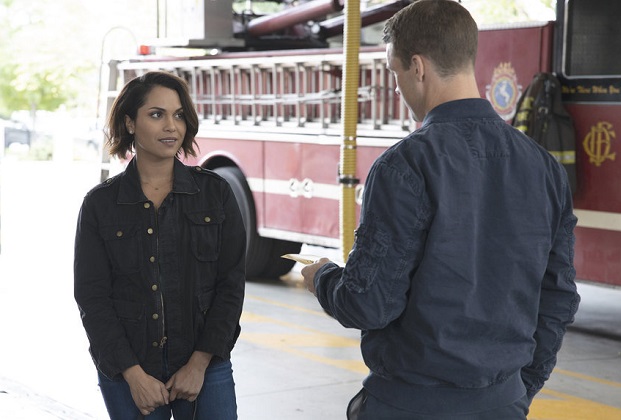 TVLINE | We have to talk about romance for Casey. When they brought back Gabby this season, we saw that there’s still that spark between the two of them. Do you feel like that gave him some closure, or did it just complicate his feelings for her even more?
I was worried that it was going to complicate it more, but they really let those scenes breathe. There were quite long sequences. It was really nice, and I think that played into the resolution for me. It was still bittersweet, but at least there was closure, which I actually quite liked. I was a bit worried about it, and then I actually really liked it. I was happy because I wanted it to have some closure, because she left quite abruptly. And it was nice to have her back.

TVLINE | When I talked to Derek, he said that the episode was really opening the door for Dawson and Casey. Could you see them one day reuniting, remarrying?
I actually could. I don’t think that’s going to happen. [Laughs] She could come back… But I mean, right now, that really felt like closure, and I think that allows him to move on, to be OK with developing a relationship with Brett. It’s not that it’s just another relationship. It’s who she is that’s going to be the issue, because they were friends, they worked together, Brett slept with Antonio Dawson, I was married to Gabby Dawson. But they’re two people that are sort of coming together at the right time, and it’s developing organically, and they’re building a friendship. So I like it. I think it’s nice for both characters. 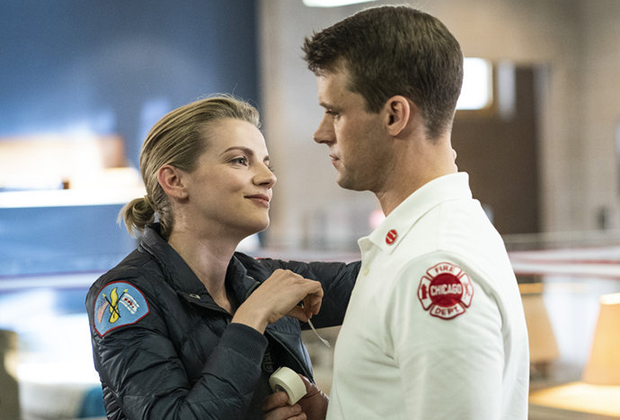 TVLINE | How is that relationship between Casey and Brett evolving in these coming episodes? It’s been a while since we’ve seen any sort of hinting at between the two of them.
They’re building their friendship, which I really like. It’s the right way to go about it. [They’re] just getting to know each other, because they do like each other, [but] they work together and there’s history. So they’re sort of treading, more or less, pretty carefully, but enjoying each other’s company. That’s really nice for those two characters.

TVLINE | One of the things that Derek has brought up with me is that Casey and Brett are very similar personalities, whereas Dawson and Casey were very different. Do you think that would be a good thing if they got together, that they’re both so even-keeled?
You think they’ll just get bored of each other? [Laughs] Like, “We’re too similar!” We did joke that we look a bit like brother and sister. [Laughs] We’ll see. I really like Kara [Killmer]. She’s a really good actor. She’s really, really fun and really fun to work with, so I’m actually excited for it. I know there’s a lot of back-and-forth on the internet, and people take really hardline positions, but that’s good. If they weren’t doing that and they didn’t care, if they were apathetic, then it wouldn’t mean anything. So it’s a good thing. 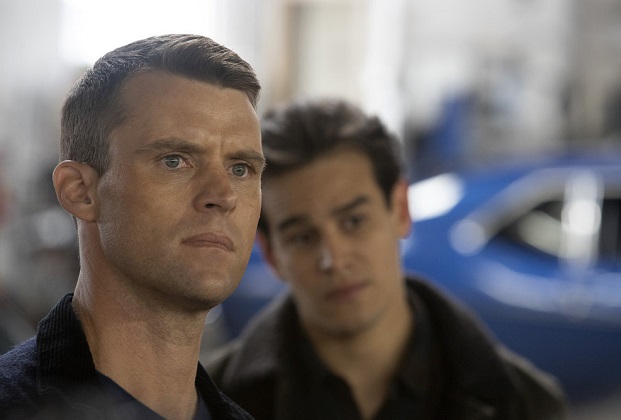 TVLINE | After eight seasons, what makes Casey still so exciting for you to play?
They based Casey on Steve Chikerotis. He’s a fire chief. He’s retired now. He’s our fire consultant. He’s the one that comes up with all the incidents. And the show just wouldn’t be the same without him. When I’m reading [the episodes], I’m like, “He’s so good. Like, who’s this good?” Chik is. He actually does that stuff. I’m like, “God dammit.” I’m not as good as any of these characters. [Laughs] I’m not a selfish person, but I’m just not as good as them. But there are people out there like that. We’re always looking for hope in a fractured world, and those little moments of going the extra step and going the extra mile are really important, and they mean a lot and people connect to that, and that’s what Chik does. So I’m like, “Oh, who’s this good?” He is — the perfect human being. And he’s not perfect, but he just does a lot, he’s got a lot of heart. Being a first responder, the sense of community that he has and very light spirit, he’s a really funny guy. People who’ve seen a lot of hardship, it can go in a multitude of ways: You can ride through it with humor, or it can get you. And he’s riding through it with humor, and that’s just an admirable trait. So I try to bring that to Casey.

TVLINE | Casey’s an extremely upstanding guy. So many times, actors say they like playing the gray or the bad guy.
Yeah. There’s a lot of antihero stuff, and we’re not that. We’re straight up heroes without capes, but flawed. We gotta have flaws, but we’re not antiheroes… which is different, and I like that. It’s got purity to it. It’s a nice thing to play.