THE PERFORMANCE | For 15 years, Criminal Minds viewers have known they can count on Gubler to not just direct some highly unsettling episodes, but also to deliver compelling performances. So what better way to open the farewell run than with a showcase for the original cast member?

In the second half of the double-episode premiere, Gubler was involved in two emotionally heavy storylines that shared a theme of “the gift of time together.” First, there was JJ’s shooting, a brush with death that prompted the longtime colleagues to confront their heretofore-latent, more-than-friends love for one another — a topic they had clearly ignored since JJ ‘fessed up in the finale. “I didn’t know how to talk to you about it, so instead I just stopped talking to you. And that is not what I meant to happen,” a wistful Spence said to an unconscious, post-surgery JJ. “Now, none of that matters. All that matters is that you wake up and I get to have more time with you. I can’t imagine my life without you in it.” Once JJ came to, she reiterated the magnitude of her feelings — words that, per Gubler’s face, Spence was delighted to hear. But, JJ added — and as her genius bestie surely knew — her love for Will and family needed to come first, and here MGG registered sad acceptance.

Reid then was summoned to his mother’s assisted living facility, where he learned that she had become lucid. As with JJ, Spence’s brain knew not to question the science behind Diana’s temporary “awakening.” And yet his heart did. “You’re not a statistic, you’re an individual,” he argued, nudging her to consider new trials. Waved off my Mom (played by the wonderful Jane Lynch), he grumbled, “I don’t understand why you won’t do this for me!”

Once Spencer accepted Diana’s decision to let the awakening play out, Gubler gave us the most candid, vulnerable Spence of the night. “I’m afraid of losing you. And it’s not just because I love you,” he shared. “It’s because I don’t think I know who I am in this world if I’m not your son, if I’m not protecting you.” Similarly, he admitted to not knowing how to be in a world where he can’t hope for more with JJ. So powerful was Gubler here — as well as earlier, opposite an excellent A.J. Cook — that no matter how much you buy into (or not) the Reid/JJ professions, you felt the conflict. 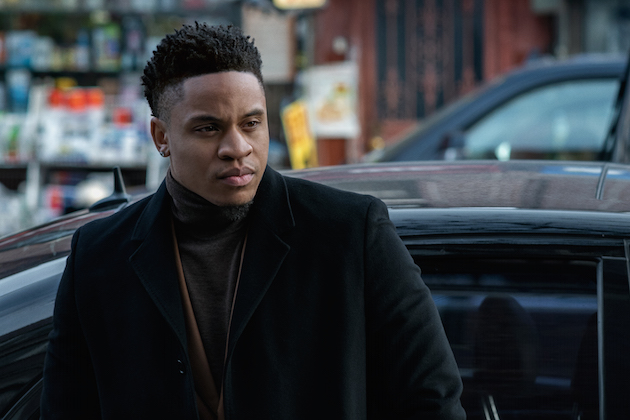 HONORABLE MENTION | Right before Dre’s untimely (yet incredibly satisfying) death, Power gave Rotimi the episode of his career — and dude nailed it. We knew the actor could play Dre as menacing, cold-blooded and relentless, which he displayed as the criminal shook down pretty much everyone he knew in a desperate attempt to flee town. But we’d very rarely seen his vulnerability, which came to the fore when Dre’s mother caught him stealing her jewelry. Rotimi made Dre shake with the anger and hurt of being told he was wicked from a very early age, tears coursing down his face as it became clear that he’d never had the nurturing a kid deserves. That aching moment, especially when coupled with Dre sweetly singing “Jesus Loves Me” to his own daughter at the top of the hour, showcased Rotimi’s versatility: We can’t wait to see what he does next. 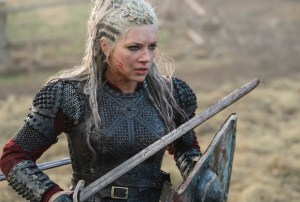 HONORABLE MENTION | As Vikings bid adieu to Lagertha after five-and-a-half seasons, Katheryn Winnick one final time imbued the shield maiden with both ferocity and forgiveness. In an epic face-off with White Hair, Winnick, as she always has, sold us on Lagertha’s resilience and skills as a warrior in her own right, delivering blows as brutal as those she sustained — and ultimately emerging victorious via an innovative assault. Later, after being repeatedly stabbed by a hallucinating Hvitserk, Lagertha recognized her stepson’s sad state and did her best to allay any guilt. “It is what the seer foretold,” she explained. “I could not escape it. Nor could you.” Anticipating her reunion with Ragnar in the halls of the gods, she noted with her final breaths, “I’ve lived a full life. I am not afraid” — words that nicely described Lagertha’s legacy. 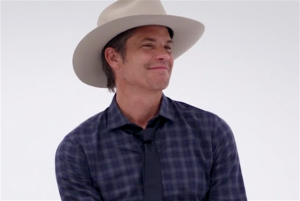 HONORABLE MENTION | It’s still only January, but we’re already calling it: The Good Place delivered the year’s best TV guest spot this week, with Timothy Olyphant putting on that signature Stetson one more time to play a very Raylan Givens-y version of himself. (Judge Gen is a big Justified fan, you see, so Janet conjured him up to grab her attention.) Just seeing Olyphant in that hat again was enough to make our TV nerd dreams come true, but he added a sly comic touch to his cameo, too, hitting Eleanor and Chidi with probing questions about how their new afterlife system would actually work. It was a true delight from start to finish, and definitely too brief for our liking; Judge Gen’s open-mouthed gasp at seeing him in the flesh was pretty much our reaction, too.