Initially, Halstead’s prognosis doesn’t look good, with his brother Will somberly informing the unit that the bullet grazed an artery, causing a lot of blood loss. While the rest of Intelligence goes to solve another case, a worried Upton chooses to stay behind in the hospital waiting room. Rojas may be new, but she immediately recognizes what’s really behind Upton’s concern.

“It’s hard because you love him,” Rojas says.

Upton is quiet for a second, before replying matter-of-factly, “Of course I love him. He’s my partner.” 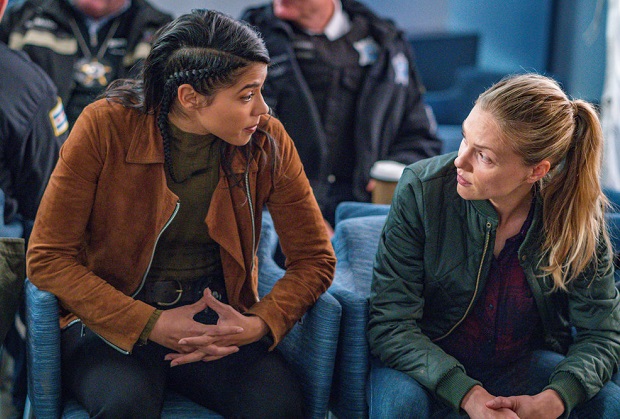 But when Halstead makes a miraculous recovery and is about to be released from the hospital, Upton decides to get truthful with herself and her partner. “When you were in surgery, no one knew what was going to happen,” she starts to share, “and it made me realize that I wanted to tell you something.”

Halstead is all ears… until his phone starts ringing. (Curse you, technology!) Upton convinces him to let the call from Angela’s son go, and despite once again having Halstead’s attention, she changes her mind about sharing her confession, simply saying, “Never mind.” But we all know what she was really going to say, right?

* To protect Halstead and the unit, Voight warns Angela that if she tells her story, she will be charged with shooting a cop and will spend her life behind bars. She agrees to leave and never say anything about what happened to her husband. 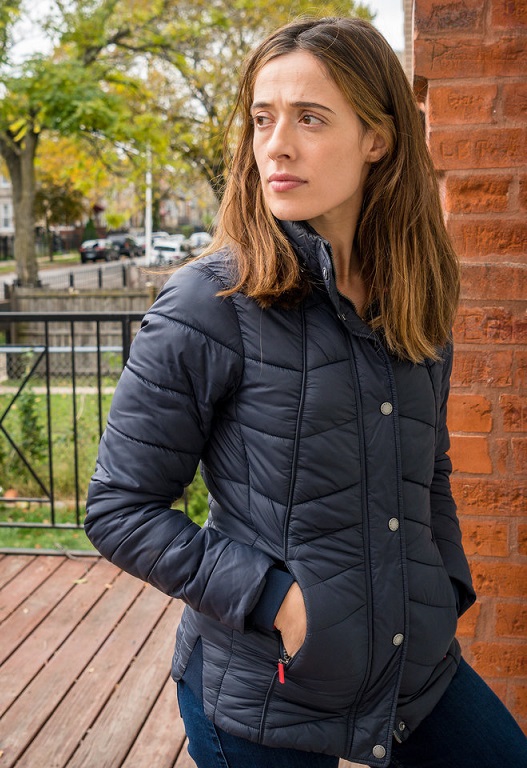 * Burgess informs Ruzek that she has decided to have the baby, but before they can discuss it further, they’re interrupted by work. (So many frustrating interruptions this week!)

* Atwater’s brother Jordan is back in town and mixed up in some bad business. Ruzek discovers security footage of him carrying a gun that his gang-connected girlfriend used to kill someone. Atwater instructs his bro to go home and keep his mouth shut while they question the girlfriend. They get her confession, but Jordan goes MIA.

Chicago P.D. fans, what did you think of Upton’s almost-confession?