Popping up on Twitter on Sunday afternoon, Mackenzie warned her followers that she was about to let slip with five teases for Season 2, which arrives Monday, March 16 at 9/8c on The CW, where it will lead out of Supernatural (making its new time slot premiere that same night).

For starters, Mackenzie said that “Helena Ortecho, Liz’s (Jeanine Mason) mom, comes to town for a family dinner,” though no casting for the role was disclosed. 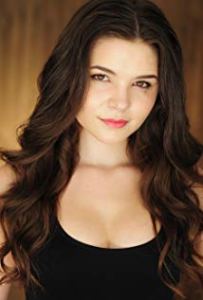 Conversely, the EP did name Arrow and Supernatural alum Madison McLaughlin (photo right) as an upcoming guest star… but without revealing her role. (Was Artemis abducted by aliens before Lian Yu’s explosion? Discuss.)

Among events on the horizon, the self-described “professional Dawson’s Creek stan” said that because she has “always been a fan of spooky Halloween episodes” — and despite the fact that Roswell‘s sophomore run isn’t airing until spring — “we did a spooky episode anyway.” She also teased a “21st birthday flashback” for an unspecified character.

Want more scoop on Roswell NM, or for any other show? Email InsideLine@tvline.com and your question may be answered via Matt’s Inside Line.