As the two casts converged in the hunt for a valuable NOC list of CIA agents, much banter was to be had between the assorted personalities. Here — and especially since TVLine’s Quotes of the Week column is still on holiday — are the best sound bites from at least the first half of the two-hour crossover, during which the most major characters got to mix and mingle:

“What exactly are you investigating?”

“I’m so sorry but I’m not sure that we’re going to be inclined to indulge this rather brusque line of questioning.”

“Oh, let me guess — you have a rendition room in your basement where you’ll leverage us until we cooperate.”

Has McGarrett (Alex O’Loughlin) found his perfect match in Higgins? 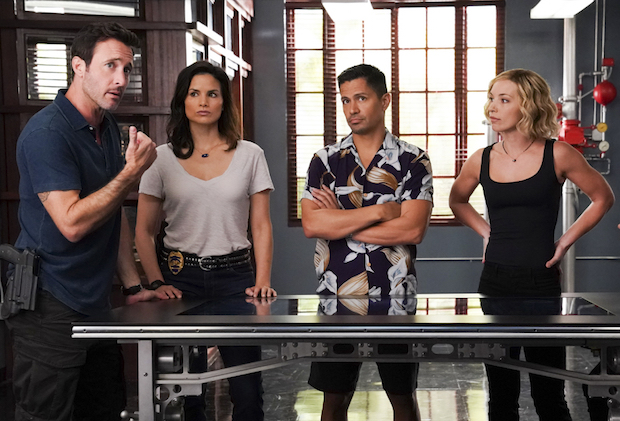 “He’s just trying to impress you. Every opportunity he gets, he asks me to reach for my laptop in search of a break.”

“Other than the fact that I’m in a passenger in my own car, no.”

“Well, this car is kind of my thing — being that it… belongs to me.”

“I’m sure your partner loves that.”

“I have a sneaking suspicion he’s not.”

Magnum hasn’t even met McGarrett’s MIA partner, and he knows him already

“A guy with your skill sets should consider law enforcement.”

“Gimme the envelope know, or I shoot your chatty friend!”

“Him? He’s not my friend. I barely know this guy, I met this guy today.”

A goon puts the squeeze on Steve, by threatening Magnum.

Afterwards, Magnum has to ask:

“What kind of SEAL are you? You were happy to let that go shoot me. So much for ‘No Man Left Behind.'”

“Dude, we just got held up at gunpoint, that’s your first question for me? [Whispers] It was amazing.”

“Tell me about it later.”

Of course, sometimes a sheepish eye roll is worth 1,000 words, after Higgins catches Tani flirting with Junior: 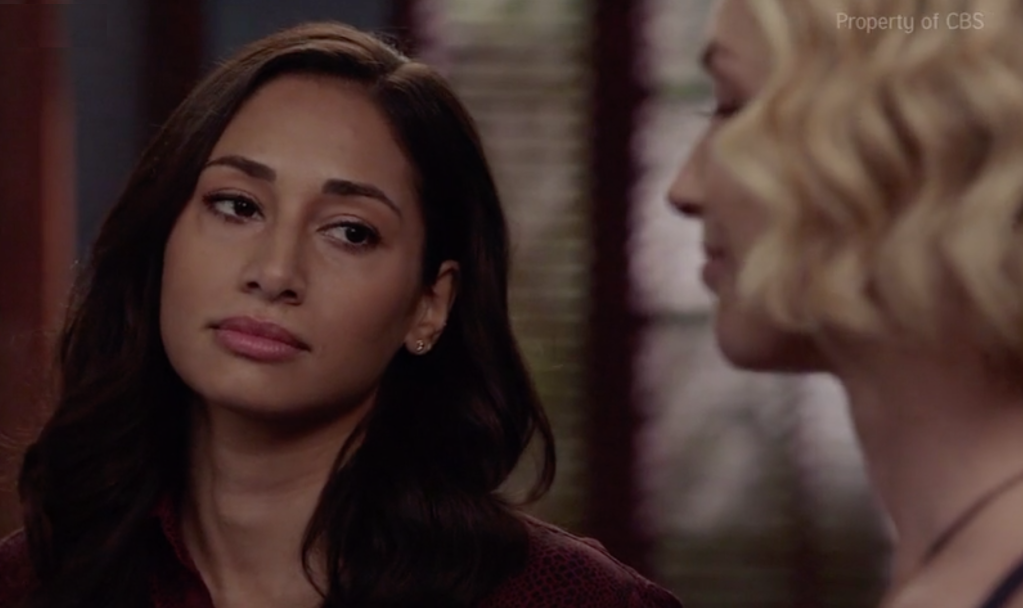 “Am I the only one here that doesn’t speak Chinese?!”

Magnum feels left out after Quinn, Higgins and McGarrett show off their fluency

“If you find someone at work who brings a bit of light into your life, someone who makes you happy, you should pursue it.”

What were your favorite exchanges among the H50/Magnum P.I. characters?