You may need to set an extra long extension on your DVR recording of the Golden Globe Awards: This Sunday’s telecast could be bumped to a later start time if one of the NFL Wild Card games, which airs before the Globes ceremony on NBC, goes long, our sister site Variety reports.

The Seattle Seahawks vs. Philadelphia Eagles matchup is slated to start at 4:40 pm ET, while the awards show is scheduled to air live at 8 pm ET/5 pm PT. Should the game go over, NBC will simply broadcast the Globes ceremony in its entirety after the game concludes.

The network found itself in a similar position last year, but just barely averted a delay when the NFL Wild Card face-off between the Eagles and the Chicago Bears ended at around 7:54 pm.

* Former Fox News anchor Gretchen Carlson is partnering with Blumhouse Television, the studio behind Showtime’s The Loudest Voice miniseries about ex-Fox News chief Roger Ailes, on an interview series that will cover “topical, provocative subject matter, including #MeToo and the movement’s evolution.”

* The winner of the Screen Actors Guild award for best TV stunt ensemble — the nominees include Game of Thrones, GLOW, Stranger Things, The Walking Dead and Watchmen — will be announced during the official red carpet pre-show, live-streaming on tntdrama.com/sag-awards, sagawards.org, PEOPLE.com and EW.com, beginning at 5:30 pm ET/2:30 pm PT on Sunday, Jan. 19.

* The four-part limited series Self Made: Inspired by the Life of Madam C.J. Walker, starring Oscar winner Octavia Spencer as the African American haircare entrepreneur who was America’s first female self-made millionaire, will debut Friday, March 20 on Netflix. Check out a first look below: 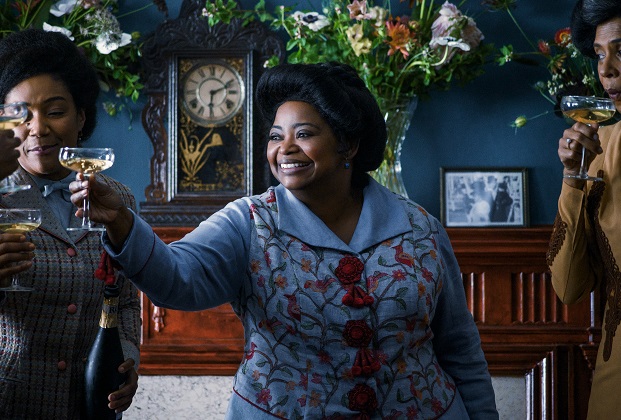