CNN didn’t get the real Barbara Walters to appear on its New Year’s Eve countdown show, but they got the next best thing.

Saturday Night Live alum Cheri Oteri, who famously impersonated Walters during her time on the sketch series, revived her impression of the 20/20 anchor just before 2020 actually began.

“I’m afraid retirement didn’t suit me as much as people had hoped. And now that I’m trending on social media… I’ve decided to dust off my power suit and get back in the game,” Oteri’s Walters announced to co-hosts Anderson Cooper and Andy Cohen. “I can finally say with confidence: This is… 2020.” 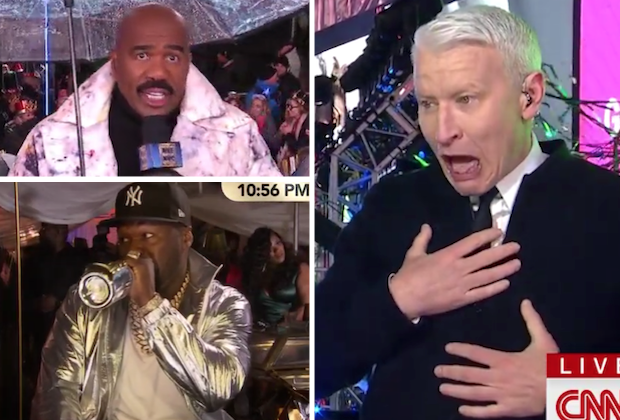 The character then “revealed” her next TV project, after admitting that she’s “not necessarily” interested in returning to The View, which the real Walters co-hosted from 1997 to 2014. (“Though I do miss Joy [Behar] poking fun at me behind my back, and Whoopi [Goldberg]’s questionable footwear and sassy black quips,” she confessed.)

Instead, Walters unveiled plans for a new docuseries that will follow her day-to-day life, chronicling her “relatable struggles” (which aren’t very relatable, after all) and addressing hot topics like global warming, the presidential election and, naturally, “who farted?”

Cohen managed to keep a (mostly) straight face during Oteri’s bit, but the same can’t be said for Cooper: He was doubled over in laughter for most of her appearance, eventually sinking out of frame altogether.

Watch Oteri’s Walters impression below, then drop a comment with your thoughts: