Who says network shows are too safe these days? In a sea of bland sitcom revivals and by-the-book procedurals, NBC is taking a huge swing with Zoey’s Extraordinary Playlist — debuting Tuesday, Jan. 7 at 10/9c; I’ve seen the first three episodes — starring Jane Levy as a woman who starts hearing strangers’ innermost thoughts as elaborate musical numbers. I am pretty much the ideal audience for quirky oddballs like this, so I don’t want to discourage networks from taking chances — but Zoey is also muddled and overly maudlin, with a nagging tone problem it never quite solves. It’s kind of like listening to three bands play three different songs loudly all at once: While you appreciate the effort, you kind of wish they would just get on the same page. 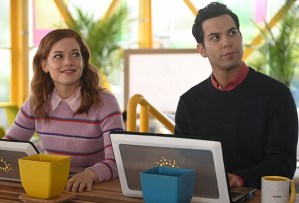 Levy, the Suburgatory veteran who’s fresh off stints on What/If and Castle Rock, stars here as Zoey, a mousy coder who’s working up the courage to ask for a promotion at the sleek tech company she works for. (“I’m not really comfortable with anything,” she confesses to her boss. “That’s why I became a coder.”) Her dad Mitch (Peter Gallagher) suffers from a rare neurological disorder that leaves him unable to speak, so Zoey gets an MRI to make sure she’s healthy, and as music is being piped in, an earthquake strikes — and suddenly, Zoey finds that people are singing all around her, revealing their hidden thoughts and fears, and only she can hear them.

The logistics of Zoey’s newfound musical telepathy are more than a little fuzzy — why does she only hear some people’s thoughts, and not everyone around her? — so it’s probably best not to think about it too much. The point is, Zoey is now seeing the people in her life act out huge song-and-dance numbers to hits like the Beatles’ “Help” and Whitney Houston’s “I Wanna Dance With Somebody,” and it’s refreshing to see a dash of surreal whimsy on a network show for once. (Zoey also has a bold and colorful visual palette that helps it stand out among today’s typically dark and drab dramas.) But in practice, the musical numbers tend to be overly long and indulgent, and end up feeling more like a gimmick than a well-earned plot device. Without the songs, would this show be worth watching? And is it even worth watching with the songs? 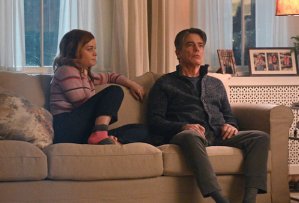 At first blush, Zoey seems like it might be a kindred spirit to The CW’s late, great musical rom-com Crazy Ex-Girlfriend — that show’s Skylar Astin even co-stars here as Zoey’s work buddy Max — but it’s actually closer to ABC’s short-lived Kevin (Probably) Saves the World: another goofy, spiritual-ish dramedy with an unlikely person thrust into helping complete strangers. Zoey, though, is tonally awkward from the start, shifting abruptly from frothy musical comedy to tear-jerking talk of terminal illness and suicide. Zoey’s struggles to cope with her dad’s condition are heartfelt, but never really take on the gravity they’re intended to — especially when someone’s crooning a Jonas Brothers song in the next scene. On Crazy Ex, the songs always felt vital to their singers’ personalities and rooted in the plot, but here, they often come off like glorified karaoke.

I do appreciate that Zoey has attracted a cast brimming with talent — which makes sense, since it offers its actors the rare opportunity to sing and dance on TV. Gallagher and Mary Steenburgen make a great pair as Zoey’s parents, and Glee alum Alex Newell is lots of fun as next-door neighbor Mo… although the show unfortunately pigeonholes Mo as the stereotypical “magical black friend” who somehow has all kinds of free time to help Zoey with her problems. (I’d rather watch Mo’s Extraordinary Playlist, frankly.) Plus, it’s always great to see Lauren Graham back on our TVs, but she’s an odd fit as Zoey’s hard-charging, domineering boss. (We do get to see her sing the Rolling Stones’ “Satisfaction,” though, so that’s a big bonus.) Really, it looks like all of the actors are having a blast filming Zoey‘s big musical numbers… but that fun never fully translates to us at home.

THE TVLINE BOTTOM LINE: Zoey’s Extraordinary Playlist is a bold swing from NBC, but it’s too tonally jumbled and maudlin to strike the right chord.