Coming off of TVLine’s weeklong review of how the shows on each broadcast network are faring thus far this TV season, we can now take a step back and celebrate the most watched and top rated single telecasts of the year 2019.

As seen in the handy-dandy list of Most Watched Primetime Telecasts on our sister site Variety, CBS’ broadcast of Super Bowl LIII of course led all things TV with nearly 99 million total viewers (including Live+7 DVR playback), though that tally was down 5 percent from the year prior. Pro and college football accounted for five out of the next seven slots, though ABC’s host-less Academy Awards slipped in at No. 4 with 30.5 million total viewers (up 11 percent YOY).

The only scripted fare to crack the Top 10 in total audience was The Big Bang Theory‘s two-part series finale on CBS, which averaged 24.8 million viewers and placed seventh.

Lastly of the Top 10, it has to be noted that the post-Super Bowl perch is ultimately only as good as the show that lands there, seeing as CBS’ The World’s Best (quick, name a judge who wasn’t Drew Barrymore!) went from a sample audience of 23.5 million flippin’ viewers to as low as 2.6 million (with Episodes 7 and 8).

Surveying the second batch of 10 most watched telecasts, NBC’s Sunday Night Football claimed no fewer than six spaces, leaving the rest for CBS’ presentation of the Grammys (21 million, steady year over year), the NCAA men’s basketball championship on CBS (19.9 million), NBC’s broadcast of the Golden Globes (19.2 million, down 3 percent YOY) and The Big Bang Theory 12×15 (18.9 million). 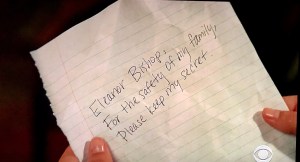 If you’re wondering when the first scripted drama shows up — and you absolutely should be! — that honor goes to the mid-February NCIS episode “She,” which planted the seed for Ziva David’s jaw-dropping, season-ending return and with an audience of 17.6 million landed at No. 34. Including episodes airing this fall, NCIS claimed 23 spots among the Top 100.

Variety also took stock of the top-rated programs (in the always-coveted and always-delicious 18-49 demo), and the Super Bowl again topped the pack (with a 31.23 rating). Amid a sea of pro and college football telecasts, the Academy Awards landed at No. 5 with a 7.9, while the first scripted broadcast to appear is Game of Thrones‘ “The Long Night” (at No. 11 with a 6.8). The only other scripted program to make the Top 50 in the demo is The Big Bang Theory, whose finale averaged just north of a 5.0. On the reality-TV front, The Masked Singer‘s freshman finale was No. 44 with a 4.5.

Want scoop on any of the above shows (sports excluded)? Email InsideLine@tvline.com and your question may be answered via Matt’s Inside Line.