Last Man Standing is about to inherit Thursday Night Football‘s time slot — and the Baxters try their darndest to break the news to Terry Bradshaw in TVLine’s exclusive first look at Season 8.

The Jan. 2 cold open is the culmination of a series of LMS promos that ran throughout the fall (which you can watch here and here). In those commercials, Bradshaw and Tim Allen’s Mike Baxter sat down to watch — what else? — Thursday Night Football. Now that the season is over, Mike and Vanessa (played by Nancy Travis) have to tell the former Pittsburgh Steelers QB that there’s no reason for him to come over anymore.

“We came up with [the idea] internally, thinking about the fact that last year, when we made the move to Fox, we did a bit of a meta cold open,” exec producer Kevin Abbott tells TVLine. “Because we’re switching time slots, we thought we’d see if there’s a way to play with that, as well.

“Terry was very gracious and agreed to do it, and then we expanded on that,” Abbott continues. “We said it’d be funny if we did some spots that we’d place throughout the TNF season that made it a little story, where we actually see them watching football on Thursday nights.” As such, the scene above is “the conclusion of a story, as opposed to just a completely stand-alone cold open.”

Last Man Standing Season 8 — which consists of 22 episodes — will kick off with three weeks of back-to-back originals, beginning Thursday, Jan. 2 at 8/7c. Then, starting Thursday, Jan. 23, it will scale back to one episode per week (when it is paired with the new Jason Biggs/Maggie Lawson comedy Outmatched) and run straight through May without a single repeat.

Press PLAY on the video above, then scroll down for additional First Look photos from the scene. 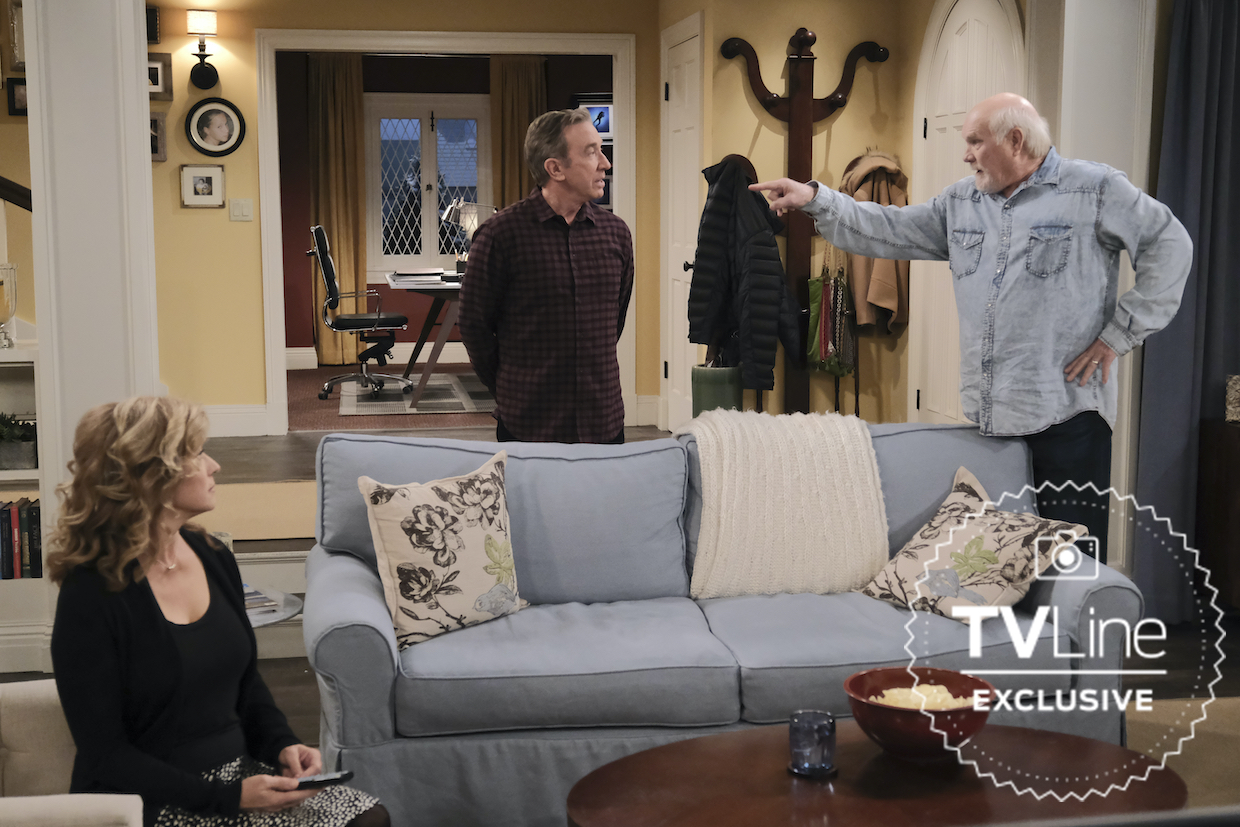 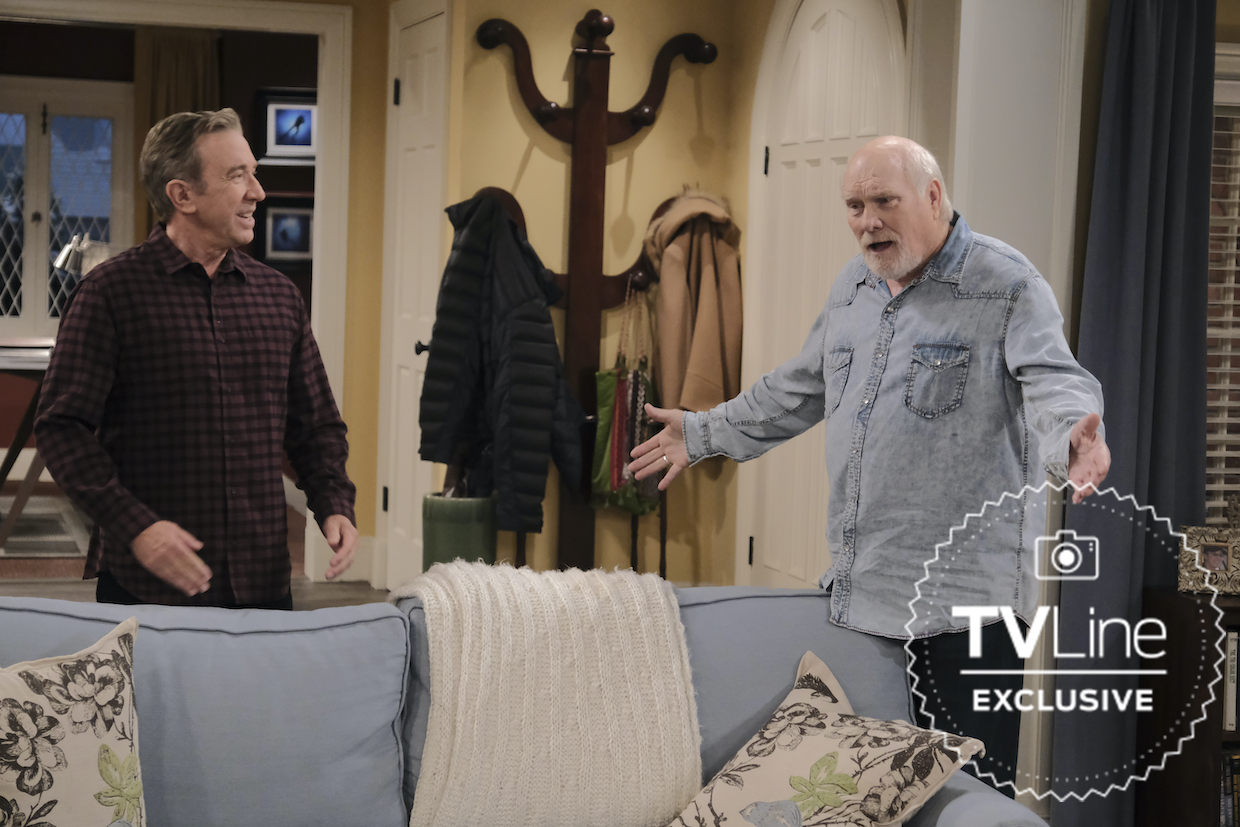