We’ve got questions, and you’ve (maybe) got answers! With another week of TV gone by, we’re lobbing queries left and right about shows including The Blacklist, American Gods, Watchmen, All Rise, Survivor, The Mandalorian and more!

1 | Once The Blacklist’s Liz realized her mother was calling her (and was decidedly not dead), shouldn’t she have taken their conversation outside, where there’d be no risk of Red overhearing it? 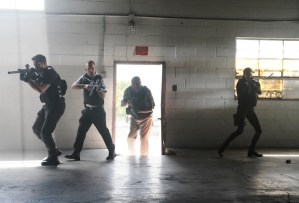 2 | Did you fall for Hawaii Five-0‘s Silence of the Lambs-style fake-out?

3 | Which of American Gods‘ multiple cast departures made public this week hit you the hardest?

4 | Mr. Robot fans, how worried were you that the show was pulling a Bobby-in-the-shower-on-Dallas, “it was all a dream” twist on us? And how relieved were you when that second Elliot showed up at the end? 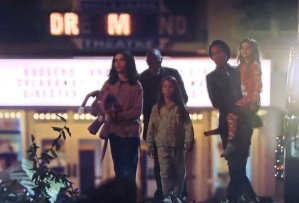 5 | Were you one of the eagle-eyed Watchmen viewers who noticed that the Dreamland Theater’s marquee read only “DR M” — a nod to Doctor Manhattan — after the area was sacked by frozen squid? Are you disappointed that Robert Redford never put in a cameo as POTUS?

6 | When All Rise‘s Judge Laski warned Lola about becoming too close to Judge Brenner because she had a past that might rise up and bite her, were you thrilled, since it seemed to suggest that Marg Helgenberger would have more material in the back half of the season? Also, Would you have welcome an entire episode just about the mock trial of Dorothy Gale for the murder of the Wicked Witch?

7 | Were you disappointed that Bull’s Marissa acted so discombobulated, operating at the other end of the earpiece? Or was it an understandable learning curve? And after a season-and-a-half, has Taylor become your most root-for character? 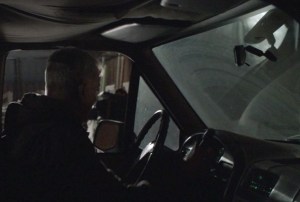 8 | How/why does NCIS’ Gibbs drive around with such filthy windows? (Is Rule No. 31 something about conserving wiper fluid?)

9 | Regarding The Voice, how much crow did all of us who said that eventual winner Jake Hoot needed more stage presence eat when actual country superstar Luke Combs all but slept through his performance in the finale? 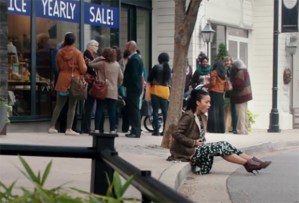 10 | Really, The Resident? Not a single one of these shoppers turned to gawk at the woman vocally going into labor on the sidewalk?

11 | Did The Mandalorian‘s too-dark battle scene with flying pterosaurs give you serious Game of Thrones flashbacks? And why did they wait until the penultimate episode to give us Giancarlo Esposito as an Imperial badass?

12 | During Live in Front of a Studio Audience, did Bernadette Stanis (who played Thelma in the original Good Times) mean to slam the door behind her on TV brother Jimmie Walker (J.J.)?

14 | Should Survivor‘s idol nullifiers be allowed as late in the game as the Final Five? Were you bummed to see the advantage take out this season’s biggest fan favorite? 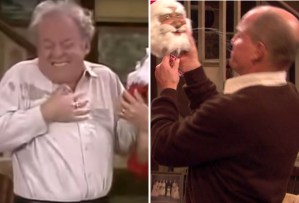 15 | Why did Live in Front of a Studio Audience put Woody Harrelson’s Archie in a dark cardigan, when the joke was supposed to be that his white shirt keeps getting soaked by his gag gift for Pinky?

16 | Why did Jimmy Kimmel Live guest host Brie Larson on spend so much time grilling Jamie Foxx on whether he was The Masked Singer‘s Fox… knowing that the all the singers would have been unmasked hours earlier? 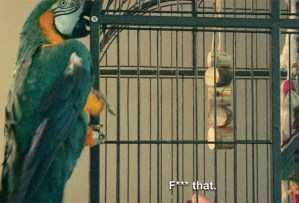 17 | On Floribama Shore, how did the term “roid rage” not come up once during Jeremiah’s legendary two-episode freakout? And are you the least bit surprised by Kortni’s parrot’s favorite phrase?

Hit the comments with your answers — and any Qs that you want to ask!