Fifty-one hopeful contestants descended upon Connecticut casino Mohegan Sun on Thursday with the same goal — to snatch the crown and become Miss America 2020. 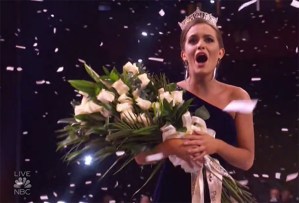 The competition’s final moments welcomed the reigning champion, Nia Franklin (New York), back to the stage to crown her successor. Hit PLAY on the video below to watch the big moment go down:

Your thoughts on the winner of Miss America 2020? The event as a whole? Whatever’s on your mind, drop it in a comment below.