9-1-1, the franchise that has already given us an earthquake, a tsunami and a literal shark on the highway, appears to have a few twist(er)s left up its sleeve.

TVLine has an exclusive first look at the key art for the Fox procedural’s upcoming spinoff, 9-1-1: Lone Star, which includes a particularly ominous shot of a cyclist escaping — wait for it — a tornado. Behold: 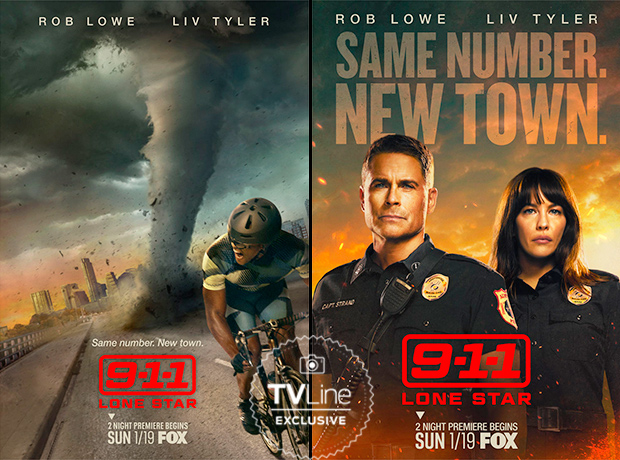 Rob Lowe (The Grinder) stars as Owen Strand, a Manhattan firefighter who relocates to Austin to help rebuild a fractured firehouse; as the only survivor of his own station on Sept. 11, he’s familiar with the rebuilding process. Owen projects an image of “big-city style and swagger,” but according to the spinoff’s official description, “he struggles with a secret he hides from the world — one that could very well end his life.” Liv Tyler (The Leftovers) also stars as Michelle Blake, a chief paramedic haunted by the disappearance of her sister.

Peruse the key art above in full, then drop a comment with your thoughts below: Will you be watching 9-1-1: Lone Star next month?