Move over, Katarina Rostova: Another woman from Raymond Reddington’s past is headed to The Blacklist.

The NBC drama has tapped Nip/Tuck alum Joely Richardson for an “intense” Season 7 episode, TVLine has exclusively learned — and we’ve got a first look at her character’s reunion with Red.

Richardson will play Cassandra Bianchi, a shrewd criminal who is on the verge of the score of a lifetime. Described as “elegant, charming and ruthless,” Cassandra is hoping to change her fortunes after recently hitting the skids for crossing a colleague. But as things start to go south, she must collaborate with old flame Red if she wants to survive.

“The part that [Richardson] is going to play has a deep history with Red,” executive producer John Eisendrath tells TVLine. “We really enjoy the opportunities that we’ve been able to take, every now and again, where we introduce these significant people in Red’s life that he has a special connection to. She’s one of those special characters.”

Series creator Jon Bokenkamp adds that Richardson’s installment is “an out-of-pattern episode” for the show that will essentially only involve Red and Cassandra.

“It’s not a bottle episode, but it’s a fun, incredibly intense whodunit episode that breaks the pattern of the case of the week,” he reveals, while Eisendrath teases that the episode is “our homage to Agatha Christie.”

The Blacklist returns in March 2020. Scroll down for an exclusive glimpse at Red and Cassandra together, then drop a comment with your thoughts! 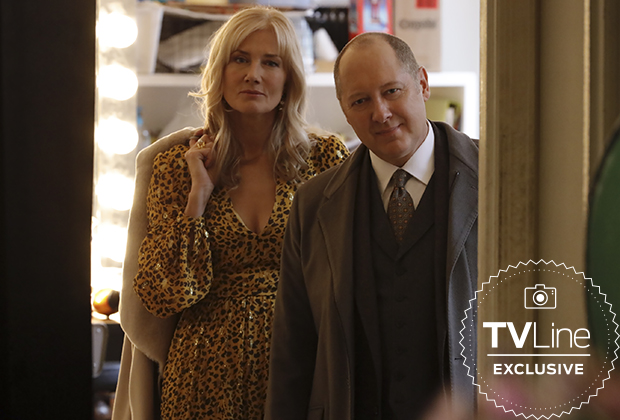