Tuesday night’s Season 17 finale of The Voice was a rarity in that there was no outcome that was going to incite us to throw things at the TV (as I did when Addison Agen didn’t win Season 13 and Kennedy Holmes didn’t win Season 15 — luckily for my TV, my aim is lousy). We generally like, if not love, all four finalists this go-’round.

Based on Monday’s TVLine poll, Team John Legend’s human showstopper Katie Kadan had the edge. But based on iTunes, Team Kelly Clarkson’s Jake Hoot was probably in the lead (all three of his Finals numbers made the Top 10). And John correctly predicted that Team Blake Shelton’s Ricky Duran would have the highest-charting original song of the night.

As for Team Gwen Stefani’s Rose Short — oh, my dear, sweet Rose — none of her songs cracked the Top 10. Before we found out who actually won the title, there were, of course, probing Carson Daly questions along the lines of “Would you rather win or lose tonight?” and about 104 performances. Let’s discuss, shall we? 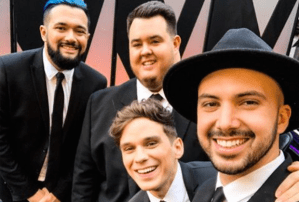 Alex Guthrie, Will Breman, Max Boyle and Shane Q, “Gimme Some Lovin'” | This was a fun, energetic way to kick off the show — and at least Will and Alex sounded really good. The key didn’t seem to suit Max — every note felt like a strain. But Shane, though he was never gonna be a favorite of mine, was better than he’d been in the weeks leading up to his elimination; maybe without the pressure of the competition, he was able to cut loose again.

Lady Antebellum, “What If I Never Get Over You” | Watching Charles Kelley at the start of the group’s performance, all I could think was, “That — that’s the stage presence that I keep wanting from Jake Hoot!” Undoubtedly, it’s something that Jake or any artist could develop over time. Charles was just so casually cool, and though he didn’t move around a ton, he wasn’t static, either. Also, the song was freaking gorgeous. Those harmonies — da-amn! 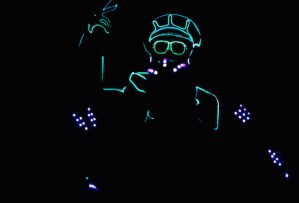 The Black Eyed Peas and J Balvin, “RITMO (Bad Boys for Life)” | Hmm. Well, this was entertaining for two reasons: 1. the dance troupe that performed like a Lite-Brite with ADHD, and 2. the song’s “Rhythm of the Night” refrain (thanks, Corona). “They always do the best performances,” Carson Daly told us afterwards. Thanks. Thanks for that, Carson.

Katie Kadan (Team Legend) and Adam Lambert, “Believe” — Katie’s Grade: A- | Oo, this promised to be amazing. The American Idol alum sang first with the pitch-perfectness that makes him a superstar. Katie followed, singing with uncharacteristic restraint — which was admirable. But for me, she didn’t really come alive on Adam’s Cher cover until she got to the big parts that are more her stock in trade. In the end, she was, as we’ve come to expect, terrific (especially on the huge note that the two of them did together toward the end). 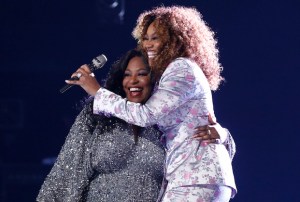 Rose Short (Team Gwen) and Yolanda Adams, “In the Midst of It All” — Rose’s Grade: A | Go, Rose! The Grammy winner was, predictably, flawless, and our blossoming Rose managed to match her. Then… aw, crap. There was a long stretch where she was just left to stand there and watch as Yolanda showed off. As a result, Rose wound up seeming more like a backup singer than a real duet partner. When Yolanda yelled “Rooose!” after they were done, I half-expected her to keep going with the thought. “Rooose… I’m so sorry I didn’t let you sing more!” At least what we did get of Rose was amazing.

Cali Wilson, Kat Hammock, Gracee Shriver and Marybeth Byrd, “Neon Moon” | Though the foursome never really gelled, this was pretty good. Gracee in particular impressed me — maybe she wanted to make super sure we were reminded that she’d been cut too soon? (I woulda!) Cali was back to sounding like the contender she’d once been, Kat’s breathy voice worked on the number (despite the fact that it was the softest of the bunch), and Marybeth gave a last glimpse — or whatever the audio version of a glimpse is — of her potential. 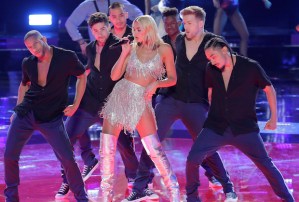 Dua Lipa, “Don’t Start Now” | This was catchy and all, very Kylie Minogue (which is always a good thing), but what really sold the performance for me was the discoriffic choreography and especially the roller skaters. Any performance that gives me Xanadu flashbacks is a winner in my book.

Ricky Duran (Team Blake) and Gary Clark Jr., “Pearl Cadillac” — Ricky’s Grade: A | Performing with one of his idols, Ricky at first just seemed like a backing guitarist/vocalist. I could barely even hear him next to Gary’s amazing falsetto. When Ricky got the spotlight, s—! I didn’t know he could sing that high. Maybe that was why I hadn’t heard him when he’d begun singing (and it hadn’t been that his mic was turned way down) — he was actually matching Gary note for note. This was stunning. 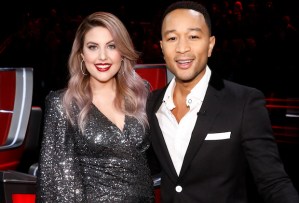 Maelyn Jarmon, “Have Yourself a Merry Little Christmas” | Oh, Maelyn! Remember how delightful Season 16 was as it became more and more like The Maelyn Show; she was just perfect every time at bat. She was here, too. Her vocal was as warm as chestnuts roasting on an open fire. I wouldn’t be surprised if, even as Grinchy as I am, I’d have visions of sugar plums dancing in my head when I crash later.

Jake Hoot (Team Kelly) and Little Big Town, “Over Drinking” — Jake’s Grade: A | Good for Jake! He more than held his own with the country legends and sounded like just one of the gang. Plus, bless his heart, he tried to move a little bit. It’ll happen, big guy — eventually. Probably. Maybe. 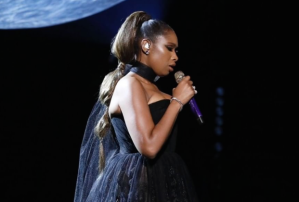 Jennifer Hudson, “Memory” | Well, no version of the Cats classic is ever gonna top Betty Buckley’s for me — it’s iconic. But there’s no denying the beauty and dynamism of JHud’s rendition, either. Lord, does the sometime Voice coach have a set of pipes! And her performance was saturated with emotion that was as moving as the gorgeousness of her vocal.

Hello Sunday, Myracle Holloway and Joana Martinez, “You Keep Me Hangin’ On” | From the start, this team-up was gelling better than the other two had. And the Supremes classic was made for Myracle — she sounded here like someone who should’ve been in the Final Four. The youngsters were fine but mostly just looked like they were having a blast. 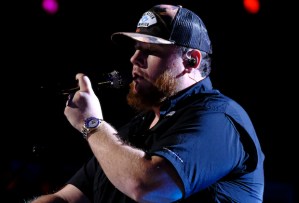 Luke Combs, “Even Though I’m Leaving” | For some reason, my TV malfunctioned at the start of the CMA winner’s performance — the color went out, and suddenly, I was watching in B&W. Then, about halfway through, he pulled a Wizard of Oz and switched to color. (No munchkins in sight, though.) It bears mentioning that, as much as I might have remarked on Jake’s tendency to stand stock-still on stage, Luke did the same thing, and it doesn’t seem to have held him back any.

Fourth Place
Rose Short (Team Gwen) — sigh; did I really say I wouldn’t throw anything at the TV?

Season 17 Winner
Jake Hoot (Team Kelly) — the one-chair-turn did it!

So, your reaction to the rankings? Grade the finale in the poll below, then let loose in the comments.