The Voice would have us believe that viewers will decide Season 17’s winner based on how the Top 4 fare in Monday night’s finale (NBC, 8/7c). But let’s be real — the savviest of us have already been picking the winner for weeks, evaluating the dwindling number of contestants’ every performance as well as noting the season’s streaming MVP and which acts have left the audience fired up more often than let down. Now that our analysis is complete, which singer stands the best chance of emerging victorious during Tuesday’s results-show finale? Read on…

Ricky Duran (Team Blake Shelton) | Not only does Ricky have the polish and panache of a natural born frontman, he generally brings to his pitch-perfect performances an emotional openness that makes it as hard to tear one’s ears away as one’s eyes. But if he doesn’t choose, or get assigned, the right songs Monday, the last impression that he makes on the voting public might not be his best one. Chance of winning: 21 percent. 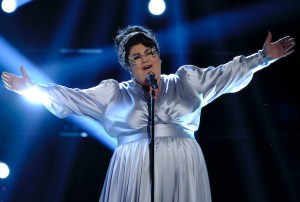 Katie Kadan (Team John Legend) | Since her Blind Audition, Katie has given one go-for-broke performance after another as she’s tested the structural integrity of Universal Studios with vocals that all but demanded a bigger, better term be coined for them than “powerhouse.” What’s more, she has personality for days, a smile that’s brighter than the spotlight, and a style that’s as unique as her voice. Chance of winning: 35 percent.

Jake Hoot (Team Kelly Clarkson) | Though the 6’6″ country singer isn’t the most confident or consistent contestant (if only he was always “Desperado”-flawless!), he’s the last cowboy in his lane, meaning that he runs zero risk of vote-splitting with a genre rival in the Finals. And he’s already proven that he can rally the country vote — he’s been the most-streamed artist several weeks in a row. Chance of winning: 29 percent. 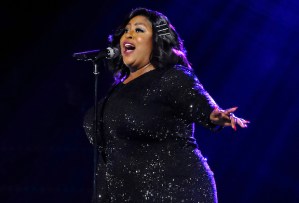 Rose Short (Team Gwen Stefani) | It’s hardly a secret that I’ve been Team Katie since the Blinds — and I’m still a huge fan of hers; I want that album. But over the course of the season, I’ve come to think that the victory should actually go to Rose, a competitor whose personality is as appealing as Katie’s, whose performances are as compelling as Katie’s and whose range is, gotta say, greater than Katie’s. Unfortunately, since not once in 16 seasons has an African-American woman come out on top on The Voice — and Rose had to sing for the Instant Save in the Semifinals — the odds are against her. Chance of winning: 15 percent.

Which of the Final Four do you think will win? And which of them do you want to win? Vote in the polls below, then hit the comments.