We’ve got questions, and you’ve (maybe) got answers! With another week of TV gone by, we’re lobbing queries left and right about shows including Blue Bloods, SNL, Watchmen, Evil, Mrs. Maisel and more!

1 | In retrospect, did Hawaii Five-0 cast Masuda (R.I.P.) a bit on the young side, to play dad to Marvel’s Runaways‘ Brittany Ishibashi?

2 | Was Blue Bloods a bit heavy-handed with Jamie and Eddie’s reactions to the “Honey Do” list debate? Also, how lucky was Anthony that the guy he was stalking/taunting didn’t shoot him in the face? 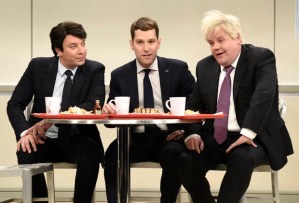 3 | How weird was it to see CBS late-night host James Corden in the cold open of NBC’s Saturday Night Live?

4 | Watchmen viewers: How many headaches did you give yourself, trying to keep the timeline of Sunday’s episode straight in your brain?

5 | As much as we pity Mrs. Fletcher’s Brendan for catching his mom in bed with two people, why did he push open her closed bedroom door in the first place? Especially when he heard giggling coming from inside? 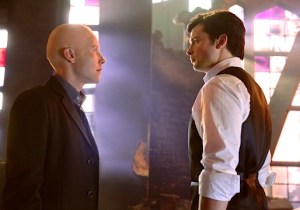 6 | “Crisis” of Infinite Questions! By the end of Part 1, where was Earth-One housing the billions of refugees? (And we guess it doesn’t matter now that everyone is dead, but did anyone contact James to hop on a spaceship?) In Part 2, if Smallville alum Michael Rosenbaum had agreed to an encore, what, would Lex have suddenly not looked like Jon Cryer for that oh-so-brief Kent farm scene? And in Part 3, if the Anti-Monitor set up a treadmill failsafe that could destroy all worlds instantly… um, why not just use that to begin with?

7 | Would this week’s highly introspective NCIS: LA — in which the characters mulled their professional and or personal futures — have made for a better Episode 250? Or was the idea that it was marking “the start of a new era”?

8 | Wait, on Madam Secretary‘s series finale, was Dmitri’s bachelor party really the same night as the rehearsal dinner? And how bummed were you when you realized that Bebe Neuwirth’s Nadine wouldn’t be back for the show’s last hurrah? 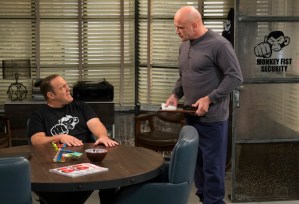 9 | Is The Neighborhood using the same set for Calvin’s auto body shop that was previously used for Kevin Can Wait’s Monkey Fist Security? (We know — deep cut!)

10 | Why do Black Lightning and Blackbird use their voice modulators when speaking with each other in private? (Even if someone is eavesdropping, they’d still hear her call him “Dad” and refer to “Uncle Gambi.”)

11 | Shouldn’t The Conners have allowed Darlene a few minutes to process her anger/sadness over Ben getting fired before having her fret over the salary she was being offered to replace him? And if Roseanne was always the one to remind the kids about Dan’s birthday, wouldn’t they have also forgotten his birthday last year, since this is the second Christmas season without the family matriarch? 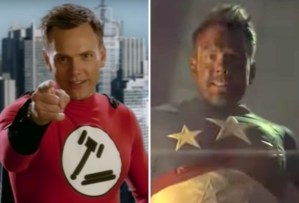 12 | Did seeing Joel McHale suited up in the Stargirl trailer remind anyone else of Jeff Winger: Hero at Law?

13 | So… Riverdale‘s F.P. gets shot in the chest at close range, and in the next scene is cracking jokes sitting up in a hospital bed? Does he have superhuman healing powers we’re not aware of?

14 | OK, scratch what we said last week about SEAL Team — have you reversed your stance on Jason and Natalie, now that you see he is atypically “all-in”? Also, who else screamed at their TV when Davis didn’t initially explain to the brass why she rightly had been on edge at the bar? 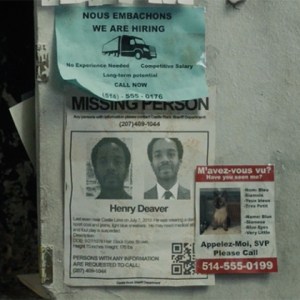 15 | Castle Rock fans, how many of you spied the Missing Person poster that Annie passed at the gas station, which indicated that Season 1’s Henry Deaver had disappeared?

16 | On Stumptown, for Liz’s plan to sabotage Grey and Dex’s friendship to work, wouldn’t she have had to know that Ansel would blab to Grey about her “sleepover” with Dex?

17 | S.W.A.T. fans, how completely and utterly shocked were you that ,after insisting again and again that he wasn’t going to do something stupid to help his brother, Street did something stupid?

18 | Not that we’re complaining, but did Legacies’ Sebastian really need to take his shirt off just to change a tire? (And considering he’s been entombed for hundreds of years, when did he even learn how to do that?) 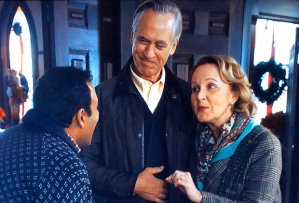 19 | Did it dawn on any Perfect Harmony/Scandal fans that Sally Langston and Senator Reston are Reverend Jax’s parents?

20 | Does the slightly faster pace of ABC’s The Great American Baking Show: Holiday Edition (as opposed to the British original) rob the format of a lot of its charm?

21 | If you are the dad on Evil, you’ve moved yourself and the kids out of the house/city by now, right? And/or urged Kristen to find a new job??

22 | On The Morning Show, Marcia Gay Harden’s serious-journalist character smugly informs Cory that she never gives up her sources before… casually telling him that Fred was the source of her career-launching media merger story? 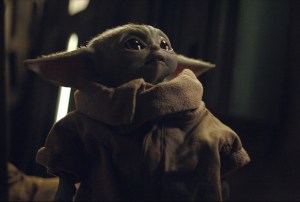 23 | Has The Mandalorian hit a point where the reliable stowing and caretaking of the Child while Mando is “working” is a storytelling problem? Or do you figure it will be resolved over Season 1’s final two episodes?

24 | On The Marvelous Mrs. Maisel, did you see Midge rushing around New York to voiceover gigs at the start of Episode 7 and think you must’ve missed an episode? Turning to the Season 3 finale, how in the world were the people who hated Abe’s op-ed and pelted him with tomatoes able to identify him on the street? And does it seem incongruous that Midge — even after receiving what she believed to be Reggie’s blessing — would so brazenly and recklessly lampoon Shy Baldwin before opening for him at The Apollo?

25 | In Reprisal‘s Episode 8 flashback, was it a bit of a stretch that Witt would have recognized Katherine, whom he previously didn’t know personally and now had completely different hair and lifestyle?