Jimmy Kimmel is calling out President Donald Trump for mocking 16-year-old climate activist Greta Thunberg after she was named Time magazine’s Person of the Year.

On Thursday, Trump responded to actress Roma Downey on Twitter, who congratulated Thunberg on the coveted accolade. “So ridiculous,” he wrote. “Greta must work on her Anger Management problem, then go to a good old fashioned movie with a friend! Chill Greta, Chill!”

“‘Chill Greta, Chill,’ says the sweaty old man who’s mad at a magazine because they didn’t put him on the cover,” the Jimmy Kimmel Live host responded during his monologue. “I’m old enough to remember a time when everyone at the White House had a full-blown hissy fit because a witness at Trump’s impeachment hearing had the gall to say the word ‘Barron’ in a completely benign fashion. That time was last Tuesday, by the way, but I guess things have changed.”

In response to Trump’s tweet, Thunberg altered her Twitter bio to say, “A teenager working on her anger management problem. Currently chilling and watching a good old fashioned movie with a friend” — and no one was more delighted by this than Kimmel. “Trump hasn’t been roasted that thoroughly since the last time he locked himself in his tanning bed,” he said.

The Funniest TV Moments of 2019 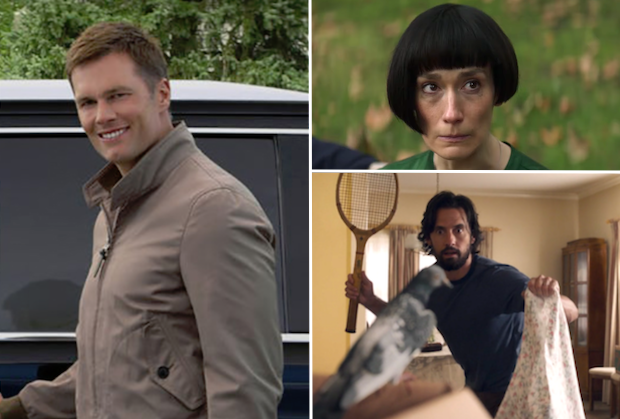 Afterwards, the late-night host opined that “the idea that Orange Hulk would accuse anyone else of having an anger problem” proves that “no one has ever been less self aware” than the “rotting yam” who mocked “a child with Asperger’s… because she’s more popular than he is.” It was also a “very dangerous” thing for Trump to quote-tweet Downey, who is married to former Apprentice EP Mark Burnett. “So far, we haven’t seen any of the raw footage from that show, but if Trump starts a war with Burnett’s wife, [he] could ‘accidentally’ let that footage get out,” Kimmel said. “Then we’ll get all the unedited video of who-knows-what — Trump crushing Sudafed and snorting it off a conference room table, maybe punching his son Don Jr. in the face… pulling his penis out and forcing Meatloaf to say how fat it is… All that footage gets released, and maybe that could be how Greta Thunberg saves the world.”

Press PLAY on the video above to watch Kimmel’s monologue in full, then hit the comments with your reactions.