After more than nine years, Supernatural‘s MIA brother Adam finally returns in this Thursday’s fall finale (The CW, 8/7c) when Jake Abel reprises his role as Dean and Sam’s half-sibling.

But he’s not the only one who’s back! As seen in TVLine’s exclusive sneak peek, Abel will also be playing the archangel Michael, who’s been trapped in the cage in Hell with his vessel Adam. After that much time away, the archangel is having a difficult time adjusting to all that has happened on Earth and what God’s been up to, as Dean and Cas note in the above scene.

Read on as co-showrunner Andrew Dabb previews Michael’s reaction to the new world order and the Winchesters’ long-awaited reunion with Adam.

TVLINE | Belphagor told Dean that every door in Hell burst open, including the cage holding Michael. How will that play into this season?
Obviously, Michael and the guys’ brother is a big hanging chad. [It] has been for a long time, and it’s something we’ve talked about for many, many seasons, that if we were to bring these characters back, how would we do it? We’ve found a way this season to not only make it happen and get the cage open, which is no easy feat, but also bring Michael back in a way that I think will be unexpected to the audience, but also involves some emotional closure for our guys that they’ve been sorely wanting. 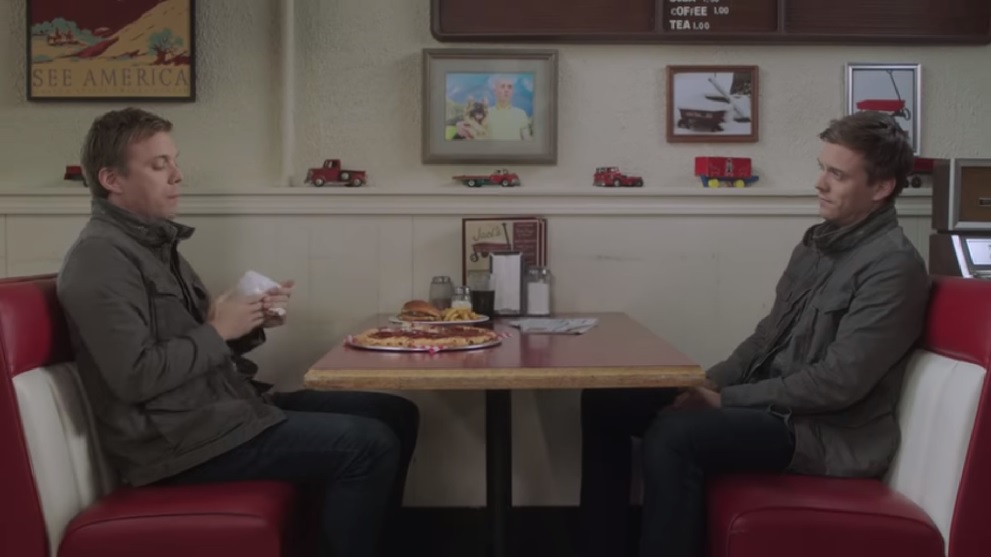 TVLINE | There was this really cool image of two Jakes sitting opposite each other in the trailer for this season. Is there anything you can tease about the circumstances of his return?
[Adam and Michael] have been in a cell together for a long time, and even if, at first, they had a real hostile relationship, after the equivalent of a couple of decades down there — or centuries, depending on how Hell math works — they kind of have reached a detente, a kind of peace. So when they’re coming into the world, they’re both kind of feeling it out. They’ve both been gone for 10 years. The world’s very different. It’s different to Adam just because it’s different. Think how much has changed in 10 years. And it’s different to Michael because his plan failed. God never came back. His entire reason for existing kind of went away. How does he deal with that and the fallout of that, especially knowing that his God did come back, but not for him, and not for Lucifer? It was for Sam and Dean.

TVLINE | Are there a lot of hurt feelings on Adam’s part? He’s been down there for a very long time, and Dean and Sam haven’t exactly been very proactive about getting him out.
There are hurt feelings on Adam’s side to an extent. At the same time, he’s someone who’s had a lot of time to think about his choices, and the choices he made himself kind of led him to that point. So it’s not like he’s coming back thirsting for revenge or anything, though he’s also not coming back expecting hugs and a family reunion.

TVLINE | How do Sam and Dean feel about seeing him again?
For Sam and Dean, in some ways, he represents a real failure on their part… what it says about their father and things like that. [It’s] kind of a wound they might otherwise not want to scratch at, but they’re going to have to. They’re going to have to finally deal with some things that they’ve been putting off for a long, long time.

Press PLAY above to watch the exclusive sneak peek, then hit the comments with your thoughts on Adam and Michael’s returns!