The following story contains spoilers from The Marvelous Mrs. Maisel Season 3, Episode 5 — proceed at your own peril

The scene in The Marvelous Mrs. Maisel wherein Rachel Brosnahan’s Midge teaches Alex Borstein‘s Susie how to swim is not just a highlight of the Amazon smash’s third season, it ranks as one of the funniest TV moments of the year. But as Borstein reveals, filming the sequence on location in Miami was no day at the beach.

“It was one of the worst things I’ve ever had to shoot,” the Emmy winner laments to TVLine. “It was just brutal. It was so hot, so sunny. I ended up throwing up the rest of the day from sunstroke. It was just rough.” 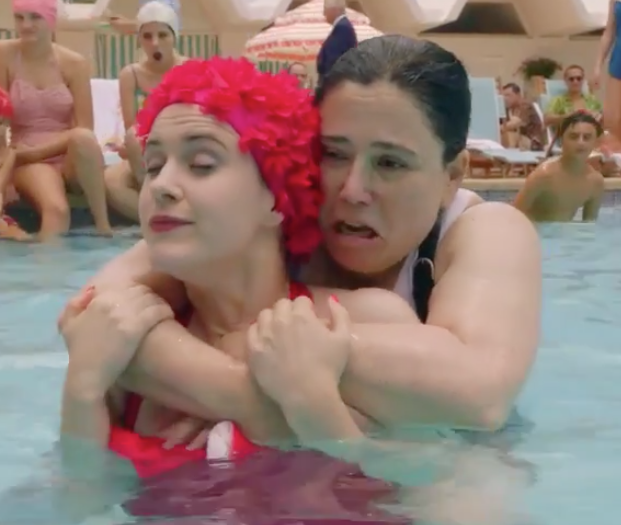 Despite the Episode 5 scene amounting to just 63 seconds of screen time, it involved multiple takes over several days and, thus, “was a lot to do physically” Borstein stresses. Weather was also a factor. “We tried [shooting it] one day and there was a torrential storm and we had to run out of the pool. And then the next day it continued. And you’re in water for eight hours.

“Physical comedy is not, like, my thing,” Borstein sighs, before looking on the bright side: “At least they didn’t just cut it.” —With reporting by Kim Roots