We’ve got questions, and you’ve (maybe) got answers! With another week of TV gone by, we’re lobbing queries left and right about shows including Watchmen, NCIS: LA, Prodigal Son and Riverdale! 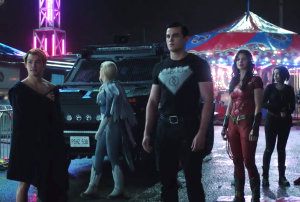 1 | Regarding the Titans Season 2 finale (SPOILERS AHEAD!): Which death was more improbable — the one by sword, or the electrocution? And speaking of the latter, why didn’t Superboy at least give Wonder Girl a hand with that collapsed electrical tower? (He was standing right next to her when the threat was noticed!)

2 | How did Watchmen‘s Jane know exactly where Laurie would sit when she came to visit? Or are there trap doors beneath all the furniture in the Crawford living room?

3 | Supergirl fans, how relieved are you that the show has finally put its drawn-out Malefic storyline to bed? 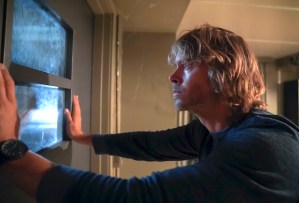 4 | Couldn’t NCIS: LA‘s Deeks have wriggled through that room’s window? Or at the very least, couldn’t Kensi have focused on using the axe to turn the two small windows into one larger opening?

5 | Has any TV news reporter ever had less gravitas than Prodigal Son‘s Ainsley?

6 | How did NBC’s charming Making It come back for a second season without jettisoning the only two things that didn’t work the first time around — judges Simon Doonan and Dayna “I Get Paid by the Mention of Etsy” Isom Johnson? Also, why air this family friendly show at 10/9c?! 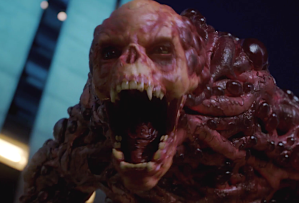 7 | On The Flash, did we miss an explanation as to how Ramsey suddenly morphed into that giant (though comics-accurate) monster?

8 | On Arrow, couldn’t a canary cry have budged the landing gear that had pinned down Roy? Also, TVLine reader Luis says of Oliver’s request of Diggle, “How exactly will Felicity get custody of William, being an unrelated single mother living in an undisclosed location due to threats on her and her daughter’s lives?” 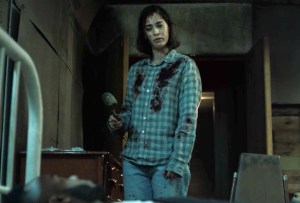 9 | Castle Rock fans, were you oddly disappointed that Annie never used that mallet to break any of Jamal’s extremities? Or was it a satisfying Misery homage just to see her hold it?

10 | Quick show of hands (and be honest): Is there any Masked Singer left about whose identity you’re not at least 90-percent sure?

11 | How is Riverdale‘s Veronica going to launch a rum empire to compete with her dad Hiram, when she’s years away from even being able to drink legally? And can we please have Gina Torres back on a weekly basis as Mrs. Burble, to talk some sense into these kids?

12 | Are you irked that SEAL Team‘s Jason is being an especially craptastic dad as of late? Also, how does everyone feel about his hook-up with Natalie? Was it unrealistic to think Jason could be just friends with two important, attractive women in his orbit?

13 | Did cheeky Evil actually show a train barreling through an archway just as Kristen’s husband carried her off to bed? 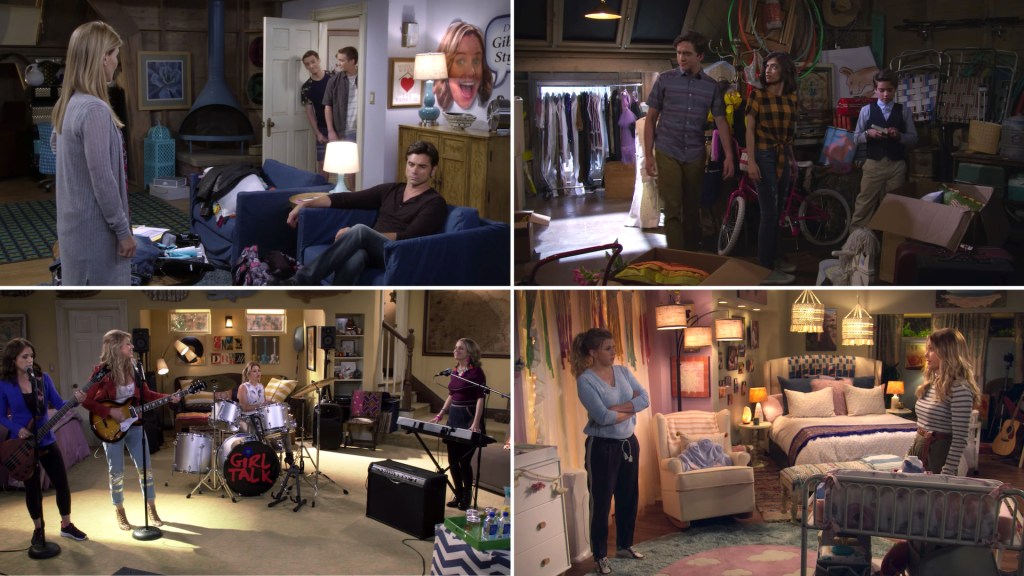 14 | On Fuller House, are we to believe that there’s a second attic, or did Kimmy’s bedroom (fka Jesse and Becky’s apartment) magically morph back into a standard attic for storage? And when exactly did the Fuller/Tanner clan have the time to revamp Stephanie’s basement bedroom?

15 | Should we assume that The Mandalorian’s fobs are not tracking any sort of physical gizmo on or inside the Child (that could easily be found/removed), but rather his, like, DNA? (Hey, if Felicity Smoak can invent “DNA-scanning” tech in the year 2017….)