Finn Jones is punching in for a new TV role: The former Iron Fist star has joined the previously announced second season of Dickinson, TVLine has learned.

Jones will appear in the Apple TV+ comedy as Samuel Bowles, an energetic and magnetic newspaper editor. Additionally, Pico Alexander (Catch-22) has been cast as Henry “Ship” Shipley, an Amherst College dropout who boards with the Dickinsons.

Dickinson stars Oscar nominee Hailee Steinfeld as an adolescent version of poet Emily Dickinson as she explores gender, sexuality and more in the 19th century. The entire first season is now available on Apple’s streaming service.

* The first six seasons of Chicago Fire are now available to stream on the Amazon-owned VOD service IMDb TV, per our sister publication Variety. All five seasons of Friday Night Lights will also be available on the service as of Tuesday, Dec. 31.

* Nurse Jackie alum Paul Schulze will reunite with onetime co-star Edie Falco on Tommy, the upcoming CBS drama starring Falco as the LAPD’s first female chief of police. Per Deadline, Schulze will recur as Len Egan, a retired cop-turned-bestselling author who looks to Falco’s title character for help with a tough situation.

* HBO has given a series order to its as-yet-untitled drama chronicling the professional and personal lives of the 1980s Los Angeles Lakers, “one of sports’ most revered and dominant dynasties — a team that defined its era, both on and off the court.”

* Netflix on Friday announced a sequel to its 2018 holiday film The Christmas Chronicles. Kurt Russell (as Santa Claus) and Goldie Hawn (as Mrs. Claus) will be back for the next movie, which drops in 2020.

* Nat Geo has unveiled a first look at Genius‘ third season, in which Tony winner Cynthia Erivo will portray legendary singer Aretha Franklin. Scroll down for a glimpse of Erivo in character: 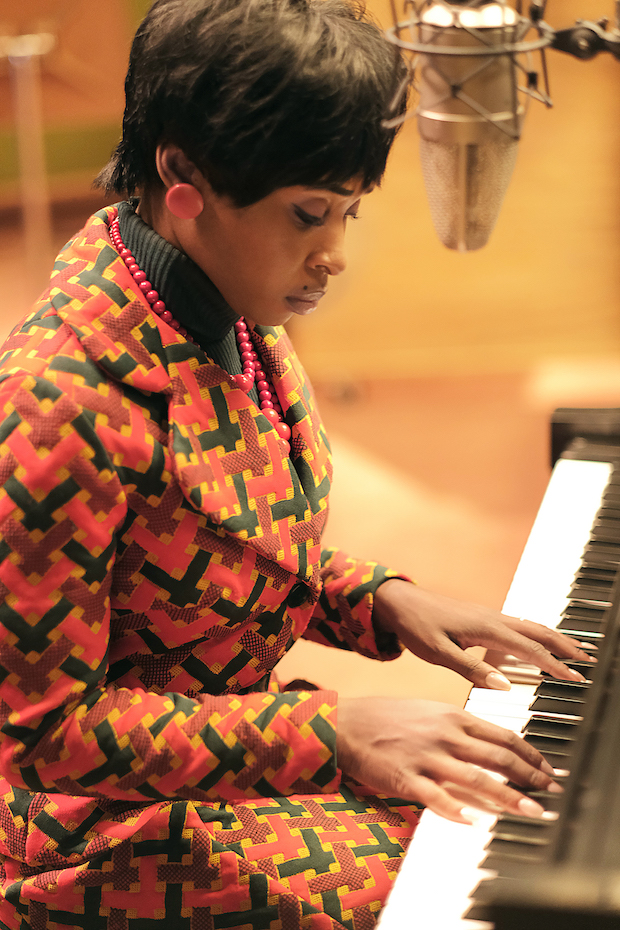