Early on in Season 3 of Amazon’s The Marvelous Mrs. Maisel, Midge meets a tour musician played by Gilmore Girls alum Liza Weil, another mom who left her kids at home to pursue her artistic dreams. “What else are we gonna do, stay home and dust?” she asks Midge. “F—k dust.” It’s a nice summation of Maisel‘s proto-feminist philosophy, and also a mission statement for the Emmy-winning comedy’s third season. After a crackerjack freshman run, Maisel seemed to gather a bit of dust in Season 2, narratively speaking. But by sending Midge out on her first big stand-up comedy tour, the show regains the energy and verve it’s been missing.

Season 3 — debuting this Friday, Dec. 6; I’ve seen the first five episodes — finds Midge opening for musician Shy Baldwin (Leroy McClain) on a whirlwind tour that includes a USO performance in front of hooting servicemen, a Las Vegas residency at a mobbed-up casino and a stop in sunny Miami. Meanwhile, Susie is learning the ropes of being a big-time talent manager on the fly, even taking on the dreaded Sophie Lennon as a client. (Midge balks at this at first, but thankfully, that passes quickly. I hate to see Midge and Susie fighting.) It’s a lot of fun to watch Midge’s career finally start to take off; frankly, it’s the arc I kept expecting to see in Season 2, but never did. We spent a lot of time in Paris and the Catskills, but Midge’s career remained frustratingly parked in neutral, and the show suffered for it. (Although we did get to see Tony Shalhoub doing calisthenics in a romper, so it wasn’t a total loss.) 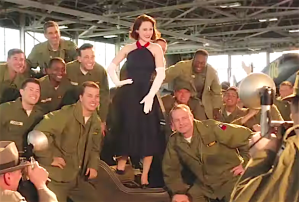 Maisel is a feast for the eyes as always in Season 3, with impeccably tailored vintage fashions and lavish locales to marvel at. The dialogue still crackles and sings, too, with plenty of sharp zingers flying by at the usual rat-a-tat-tat pace. (And Shy Baldwin’s fake hit songs are pretty good, actually!) I did detect a small shift in the quality of Midge’s stand-up act — less confessional monologue, more jokey one-liners — but Rachel Brosnahan remains as charming and luminous as ever as Midge, and she and Alex Borstein continue to be a dynamite comedic duo. (Midge trying to teach Susie to swim in a Miami hotel pool is an early highlight.) We’ve been waiting to see Midge get the fame she deserves since the pilot, and it’s gratifying to see her career take center stage for once.

The show still isn’t quite sure what to do with anyone but Midge, though. Her (now ex-) husband Joel isn’t nearly as interesting without her around; his efforts to open a nightclub in Chinatown lead to a new love interest named Mei (Stephanie Hsu)… but also veer uncomfortably close to creaky Asian stereotypes. Midge and Joel’s children are still an inconvenient afterthought, of course. (“Guess you like kids,” Midge tells an audience member after her jokes about her own kids are met with stony silence. “To each his own.”) A brush with the law turns her father Abe into an unlikely Communist revolutionary, with his tony apartment becoming a flophouse for “sweaty beatniks.” Even more unbelievably, money woes somehow force Abe and Rose to move in with Joel’s pushy parents Moishe and Shirley — even while they manage to keep housemaid Zelda on the payroll — but the crowded-house antics that ensue are so hilarious, I’ll let that one slide. 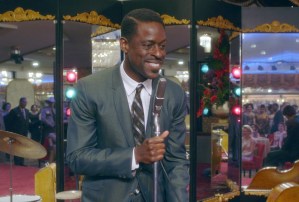 A number of fresh cast additions help fill the void nicely, too. Sterling K. Brown proves he’s charming in any decade as Shy’s straight-talking manager Reggie, picking up the unique cadences of Sherman-Palladino-ese right away. (He can even sing, we find out!) Luke Kirby returns as legendary comic Lenny Bruce, and we finally get to see that sizzling chemistry between him and Midge in action during an extended night out on the town. Plus, it’s nice to see Weil back in her element again; she gives Midge another non-Susie character to bounce her thoughts and dreams off of. She also makes her feelings about dust very clear — and after a somewhat lackluster Season 2, it’s a treat to see Maisel shake off its own cobwebs and show us something new.

THE TVLINE BOTTOM LINE: The Marvelous Mrs. Maisel gets back to business in Season 3, with a renewed focus on Midge’s career and some key cast additions.