Team TVLine recently listed “the irrefutable romantic chemistry between 9-1-1‘s Buck and Eddie” as one of the TV blessings for which we’re most thankful — and we’re clearly not alone. Ever since Oliver Stark and Ryan Guzman’s firefighter characters met and bonded at the start of Season 2, fans’ desire to see them paired has grown exponentially, even if their fervent tweets have yet to manifest themselves on screen.

Stark on Wednesday reached out to fans on social media to clarify where he stands on the matter: “The truth is, I don’t know where the story is going. … I have always spoken openly about how amazing I think it is that you are invested in these two characters, and I totally support that. But I feel uneasy about RT’ing stuff, because I know it can sometimes come across as me confirming something is going to happen. I don’t want to get anyone’s hopes up.”

“Our writers 100-percent care about you and respect the audience,” he added. “I love getting to work for them and completely trust in their ability to craft the story.”

For what it’s worth, the Powers That Be are well aware of Stark and Guzman’s inexplicable chemistry, hence the occasional wink-nods at their character’s potential coupling. During last season’s Christmas episode, a kindly elf mistook Buck and Eddie for a married couple, telling them, “You two have an adorable son.” Rather than correcting Santa’s misguided helper, Buck simply replied, “Thank you.” 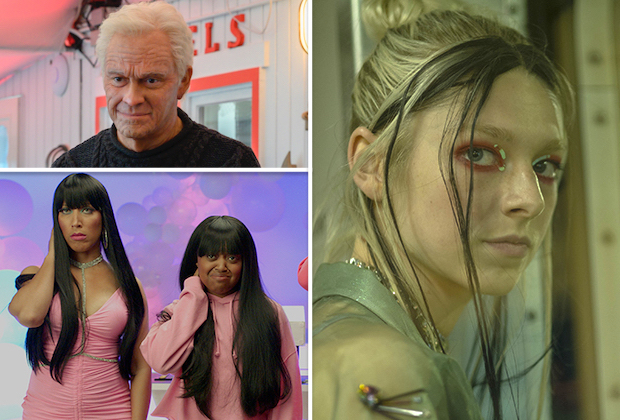 “I know a lot of people are getting that vibe [between Buck and Eddie], which is why I put that little joke at the end,” executive producer Tim Minear told TVLine at the time. “Basically, the winsome elf was speaking for the audience. And I’m not saying that the fountain shooting up behind them meant anything metaphorically. You decide.”

Read Stark’s full statement below, then drop a comment with your own thoughts on all things “Buddie.”