We’ve got questions, and you’ve (maybe) got answers! With another week of TV gone by, we’re lobbing queries left and right about shows including Hawaii Five-0, God Friended Me, The Walking Dead and Arrow!

1 | How was Hawaii Five-0‘s McGarrett away for eight weeks in Mexico, yet that storyline aired between the show’s Halloween and Thanksgiving episodes? 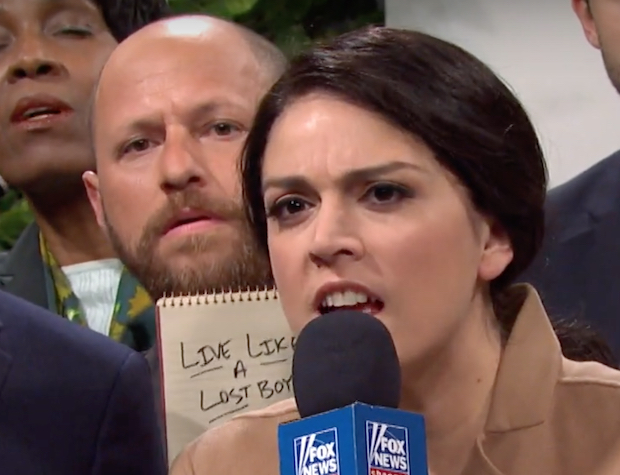 2 | On Saturday Night Live, did anyone else notice the message (“Live Like a Lost Boy”) written on the notepad of the extra standing behind Cecily Strong in the cold open? Also, has anyone yet figured out what the point of the Trump/Sondland cold open was?

3 | Which God Friended Me casting makes you feel older: Michael Vartan as Violett Beane’s father, or Tom Everett Scott as her stepfather?

4 | As TVLine reader Rick pointed out, wasn’t it odd that The Walking Dead‘s Alpha had no trepidation about sharing with Dante her big secret — that she hadn’t, as she’d led the Whisperers to believe, killed Lydia? Also, wouldn’t Carol, Daryl — anyone! — have suspected that Alpha was leading them into a trap?

5 | We’re not doctors, but is there any way that Mr. Robot‘s Dom would survive being stabbed directly in the lung for so long?

6 | How awkward was it when Today‘s Hoda Kotb asked Sterling K. Brown what was in store for This Is Us’ Thanksgiving episode… almost a week after it had already aired? 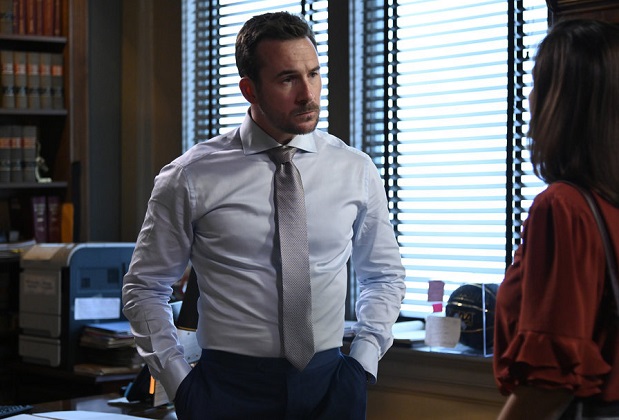 7 | On Bluff City Law, as powerful as the eventual payoff might have been, was it odd that Barry Sloane’s Jake was on a storyline island for almost the entire season?

8 | What took All Rise‘s Emily and Sara so long to realize they should be roommates?

9 | While The Flash gets points for (finally) bringing Caitlin out, to treat Ralph — seriously, we had a stern, standalone op-ed at the ready — who on the team decided that she didn’t need to then, you know, stick around, until the medically related Bloodwork threat was fully neutralized? Also, can’t Iris just copy-and-paste her article from the future?

10 | On Arrow, during her and Oliver’s first trip through the time loop together, when did Laurel change from fundraiser party outfit to bomb-defusing Black Siren costume, when every precious second counted? 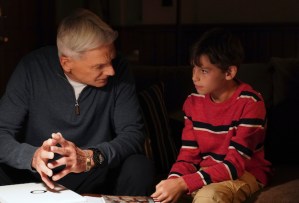 11 | On NCIS, why does Phineas’ mom still treat Gibbs like “the strange man across the street” and not a trustworthy, high-level agent in federal law enforcement? A mom should want so venerable a babysitter!

11.5 | On a related note, from TVLine reader TV Addict: “Did CBS not think NCIS fans would recognize Michael Nouri (who played Ziva’s dad) when he popped up in NCIS: New Orleans playing that high price lawyer?”

12 | Who wants to tell the Empire writers that featuring musical performances on a morning show (e.g. Cookie’s View-like chatfest Tea Talk) is not revolutionary?

13 | What message is CBS sending its target audience, simultaneously suggesting that SEAL Team‘s Jason and S.W.A.T.‘s Luca might be getting too old for this… stuff?

14 | Was Titans‘ greatest disservice (…of many) to Kory this season robbing her of her powers just prior to the final showdowns?

15 | In Episode 4 of The Mandalorian (SPOILER ALERT!), why didn’t they use the Razor Crest — a gunship — to take out the AT-ST?