The weather behaved itself on Thursday for the annual Macy’s Thanksgiving Day Parade, though the same can’t be said for the unruly sticks of dancing butter that terrorized Al Roker at every possible turn.

Come to think of it, butter wasn’t Roker’s only enemy this year. The weatherman was routinely targeted throughout the three-hour event, from Beetlejuice calling him the “third banana” to a pair of former NHL pros pelting him with hockey pucks. It’s a Thanksgiving miracle that he even survived the day, to be honest.

And it’s a good thing Rocker did survive, otherwise he would have missed some pretty big moments, including the Xfinity-sponsored reunion of E.T. and Elliot, 37 years after they first biked past the moon. 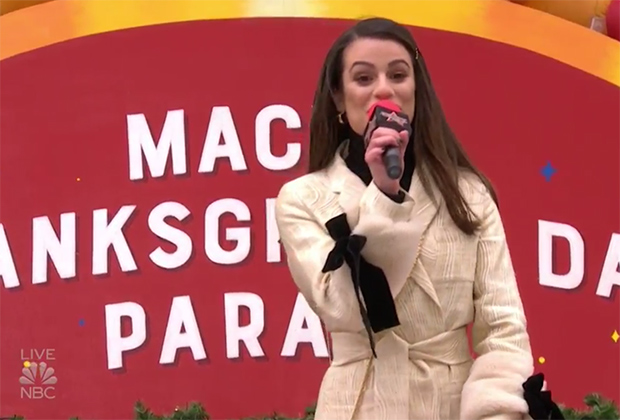 Other highlights from this year’s parade, co-hosted by Today‘s Savannah Guthrie and Hoda Kotb, included show-stopping Broadway numbers, a cavalcade of beloved Muppets and an incredibly on-brand performance from Lea Michele. (If you told us that she wrote that line about Macy’s into her Christmas song just so she could perform it at the parade someday, we’d believe you.)

Browse our gallery of memorable moments from the Macy’s Thanksgiving Day Parade — you can click here for direct access — then drop a comment with your own favorites below.