It’s beginning to look a lot like Christmas in Mystic Falls, which means a very special guest is about to slide down the chimney at the Salvatore School — and no, it’s not Santa Claus.

“Hope joins forces with an unlikely ally to take down a Christmas monster, who’s using holiday cheer to infiltrate the school,” per The CW’s official synopsis for Legacies‘ Dec. 12 episode (9/8c), which is appropriately titled “This Christmas Was Surprisingly Violent.” Meanwhile, “Landon surprises Rafael with news about his family lineage, and Sebastian accompanies Lizzie on her latest mission.”

Though the actual monster is being kept under wraps — or, rather, under wrapping — for now, TVLine has a few exclusive first looks at the students of the Salvatore School enjoying a bit of Christmas cheer before their happy holiday goes to hell. Or to Malivore. Or both.

“We filmed our Christmas episode in October,” star Danielle Rose Russell tells TVLine. “It’s so funny — I took a video of fake snow, then panned over to bright green trees, then to a pumpkin string light that was up for Halloween. I was like, ‘I’m so off right now.'”

Scroll down to peruse TVLine’s first look(s) at Legacies‘ first-ever Christmas episode, then drop a comment with your thoughts below. What’s your holiday wish for the students of the Salvatore School? 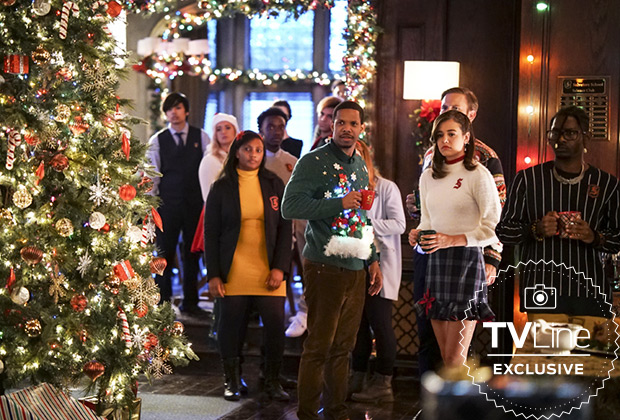 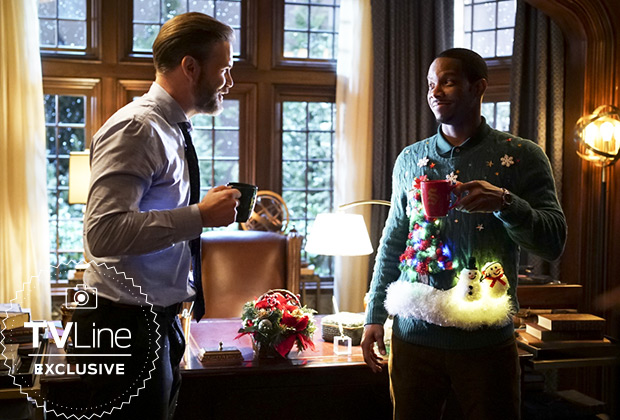 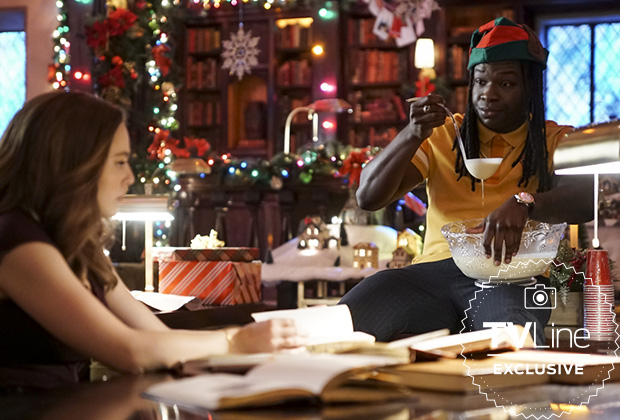