THE PERFORMANCE | For four seasons now, as genius hacker Elliot, Malek has been nearly impenetrably cool, burying any and all recognizable human emotions deep underneath that black hoodie of his. This week, though, the hoodie lifted, and Malek expertly exposed a torrent of inner pain inside Elliot in an absolutely harrowing hour of television.

Elliot and his therapist Krista were held at gunpoint by wild-eyed drug dealer Fernando Vera — Elliot Villar was also excellent this week, by the way — and forced to conduct a therapy session, with Vera determined to uncover the truth about “Mr. Robot.” Malek was befuddled at first as Krista prodded Elliot to remember why he really jumped out that window as a kid. The truth is stomach-churning — Elliot’s dad was sexually abusing him — and Malek gradually progressed from angry denial to quiet devastation, his face crumpling and his voice trembling in heartbreaking fashion as the horrible realization slowly washed over Elliot. By the end of the scene, he was nearly catatonic, tears streaming down his face, paralyzed by the massive psychological weight of what he’s learned.

It’s the heaviest moment we’ve seen so far on the series, a true game-changer, and Malek played every difficult note of it with astounding precision. Elliot was left enraged, screaming helplessly in the face of a raging rainstorm, and it’s as if Malek finally got to tap into Elliot’s vast emotional reserve for the first time. Prior to this week, his work as Elliot was marked by how little he reacted to the world around him. But now the dam has broken, and Malek has added another layer to a truly unforgettable performance. 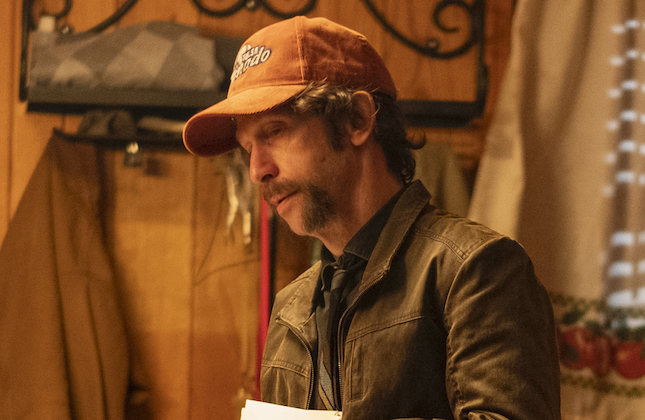 HONORABLE MENTION | Even among Watchmen‘s secretive detectives, Tim Blake Nelson‘s laconic Looking Glass was a giant question mark… until Sunday’s episode. With few words, Nelson expertly sketched the contours of Wade’s tortured world, all stemming from a singular, horrifying event in his teens. The actor’s talent was on full display throughout the hour, but we particularly enjoyed Wade’s freakout on the phone (the perfect balance of paranoia and anger) and how he reacted the moment he watched the lettuce fall out of Renee’s truck (his two-second turn from post-kiss bliss to full-on shame). Here’s hoping Nelson is able to give us a few more peeks under Looking Glass’ silvery mask before the end of the season. 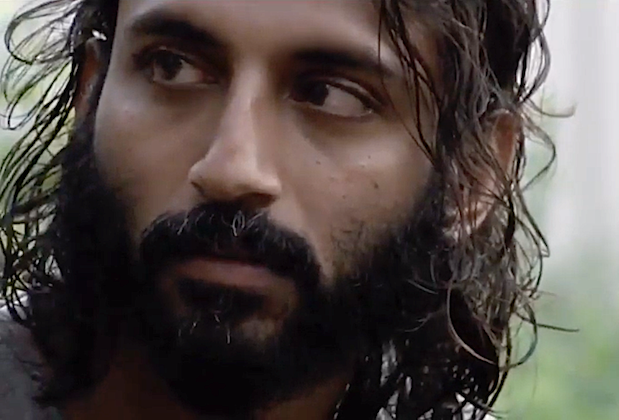 HONORABLE MENTION | The Walking Dead didn’t just kill off Siddiq this week, it made sure we’d miss him by giving Avi Nash a helluva goodbye showcase. In “Open Your Eyes,” the heretofore-underutilized actor got to make us feel the terror of Siddiq’s nightmares, hint at his and Rosita’s chemistry during their (off-screen) fling, even lighten up long enough to appreciate Coco’s “poop chart.” And, in Nash’s finest moment, he got to play Siddiq’s horror as he recalled that, while his friends were being slaughtered, he’d just watched. The anguish in Nash’s voice and the broken look in his soulful eyes were so haunting that we were as moved by his performance as we were annoyed that the show hadn’t made better use of him all along. 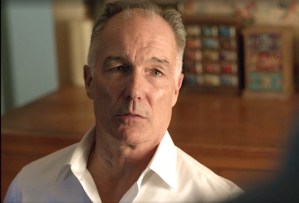 HONORABLE MENTION | S.W.A.T.‘s Patrick St. Esprit this week revealed a new side of Commander Hicks, who had traded places with a patrolman some squatters were holding hostage. Borrowing Deacon’s wedding ring, Hicks bonded with the widowed dad of the gunman who started the standoff, relating the story of his own loss. But as Hicks did so, we realized he was truly opening up about the silly things he loved, and for three years has missed, about his missus. Once Hicks was safe and reunited with daughter Molly, St. Esprit tugged at heartstrings merely by revealing that he keeps his own ring in his LAPD office, since, well, there is no safer place. All told, it was a rich performance that made us feel closer to someone we thought we knew.