Chicago Med‘s Dr. Natalie Manning has had such a difficult love life over the past several seasons that her portrayer Torrey DeVitto is all for the doc taking a break from men… to romance the ladies?!

“I actually advocated [that] she should start dating women,” the actress tells TVLine. “The writers were like, ‘Uhhh, I don’t think she will,’ and I was like, ‘But you know, she’s had a really rough road with men. Maybe she switches it up for a bit,’ and they’re like, ‘No,’ and I was like, ‘Fine. I tried.'”

Instead, this Wednesday’s fall finale (NBC, 8/7c) finds Natalie regaining her missing memories from the night of the car accident, which leads to an “exciting” development for Natalie and her ex-fiancé Will, DeVitto previews in the following Q&A.

Read on as DeVitto also details how her big blowout with Will and faux fiancé Phillip changed from the first take, and reveals whether Phillip is finally out of the picture.

TVLINE | The whole Natalie/Will/Phillip situation has changed quite a bit since we last talked.
We reshot that scene, the fight where I find out that Phillip [is lying]. It’s really interesting. I almost wish they could put it up on the website and have people see which version they liked better, because when I found out we were reshooting it, I was actually quite upset because I loved the first way we did it. I came out, and then I tell Phillip, “I can’t go to dinner with you,” and then Will walks up and he says, “He did this,” and I go, “What?!” Phillip goes, “Natalie…” and he more actually admits it. In this [aired] version, he kind of goes, “He’s lying,” and I go, “You know what? It doesn’t matter.” So he kind of admits it in the first version, and I get more mad, like, “I let you into my home with my son. How could you do this?!” And then Will says something, and I cut him off and I go, “No, I’m done with both of you. It’s over,” and I say it to both of them and then I walk away. And in this version, Phillip doesn’t really admit it. I walk away, and Will and I have our own separate moment, and the scene is a lot more toned down than it was then. So it was really interesting. I wish they would actually post both of them up on the website or something just to show the two [versions].

TVLINE | How do you think that changed the direction of the storyline?
I think it put Natalie more in control of just going, “You know what? I don’t care at this point, because it’s over.” But also, I was like, “Wait, she’s not getting that complete closure, because she doesn’t know for sure.” She probably thinks like, “Oh, this must be true,” but she’s not getting it for sure. So there’s not that 100 percent clarity with Phillip conceding to anything. The first version was more Natalie snapping at Will, saying, “Get out of my life, you two. I’m sick of this. You’re always telling me what to do, whatever,” and that came more from anger, which I justified, because I feel like she does have a lot of love for Will, but she’s so frustrated with him always sticking his nose in it. It’s like, “Just go away!” But this one was more like a plea and seemed more definitive of like, “Just, please, get out of my life.” So I had to wrap my head around that, too, because I was like, “Wow, she’s like really making a choice here.” I think that makes it easier for Will to hear that, because it was like, “Whoa, she wasn’t just saying that out of anger. She means it.” 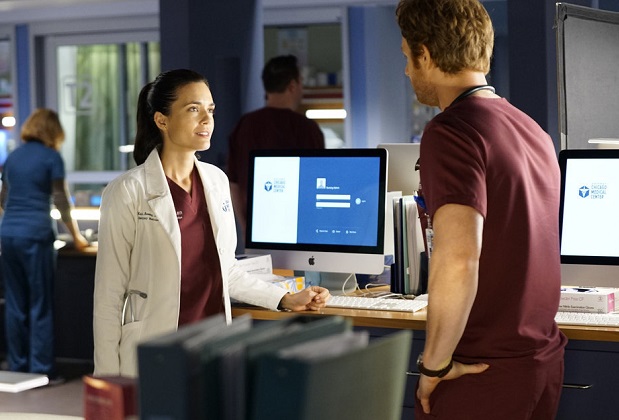 TVLINE | When her memory starts to come back in the fall finale, does that change her feelings about what went down with Will?
That’s an exciting episode that I am very excited for people to watch because it’s going to show a dynamic of “Manstead” that we haven’t seen yet, and I’m so curious to see how the fans react to this new version of them. I think it’s going to be really good.

TVLINE | How does she react when she first starts getting those memories back?
I think it just hits her almost like a wave. It’s like [gasps]. It’s like, “Oh, my god!” Like the pieces just start coming together, and that was really fun to play, too. I just can’t imagine what that must feel like to have pieces of your memory and then think you figured it out, and then realize like, “No, that’s actually not what I was doing that night, because I wasn’t even really engaged.” And that’s why I feel like she needs to be single, too, because she realizes that, “I wasn’t coming out to tell you that. I don’t know what I was coming out now to tell you anymore. My relationship wasn’t even real. Let me step back and finally see who do I love, what do I love? Who am I?”

TVLINE | She’s had such a turbulent love life the past couple of seasons.
Seriously. If I ever think my love life is bad, I just look at hers, and I’m like, “Oh, I’m doing fine.” [Laughs] 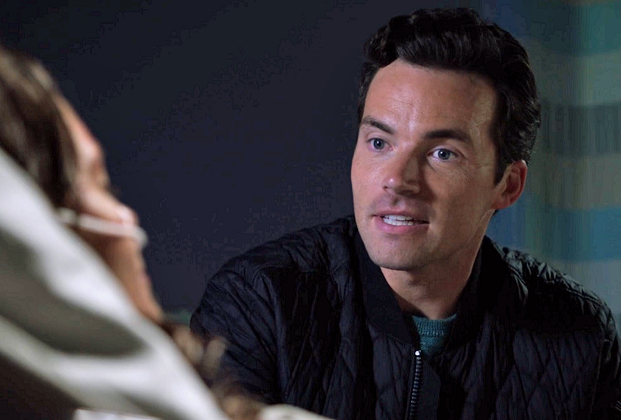 TVLINE | Have we seen the last of Phillip?
No. I mean, maybe of Phillip, but his effect, no. And there is an episode that is coming up soon where he kind of, in a way, comes back, and it’s pretty shocking.

TVLINE | Even if we don’t see him, does he have the ability to do something really drastic and dangerous to hurt her or win her back?
He definitely does something, without being seen, that’s very drastic.

TVLINE | What kind of a note does the fall finale end on?
A big question, a lot of tears. It’s such a cool reveal that I don’t want to give anything else away, because I don’t want to cheapen it for the people watching.

TVLINE | Do you think a wedding is still in the cards this season for your character?
Ooh. You know what? I don’t know. That would be a big shock, but you never know.